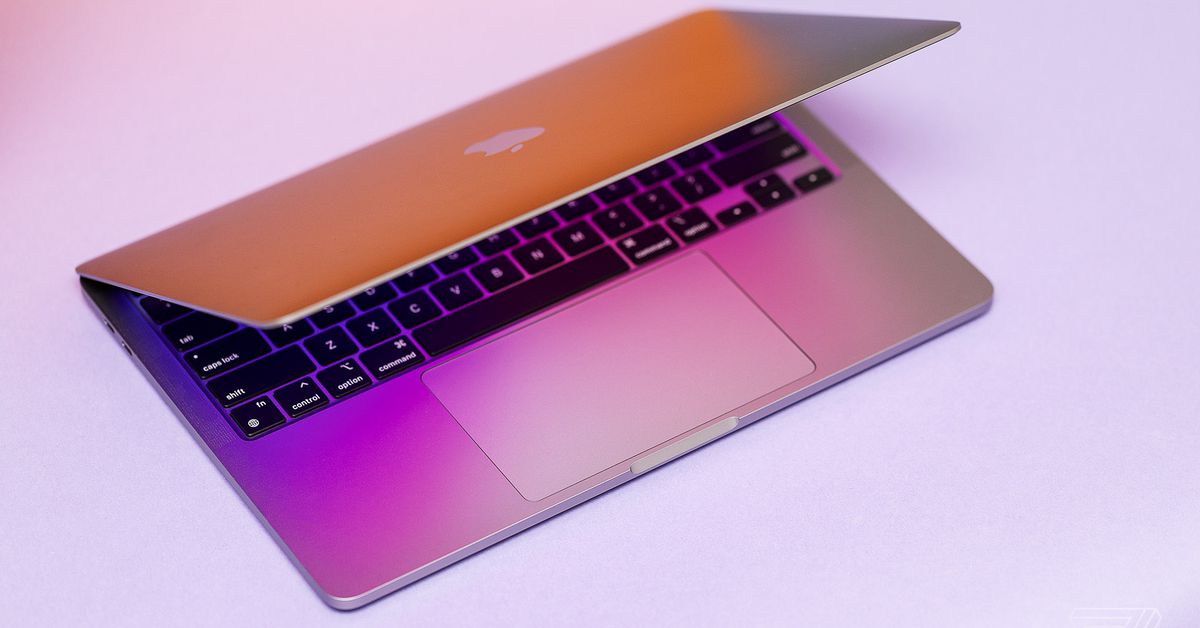 The base model 13-inch M2 MacBook Pro with 256GB of storage and 8GB of RAM is available to buy right now. You probably shouldn’t buy it. With more details coming out about just how slow it is compared to higher-specced versions of the M2 and even the M1 modelit’s becoming clear that the cheapest 13-inch M2 MacBook Pro is the real stinker of a deal.

Earlier this week, videos from Max Tech and Created Tech showed the storage in the base M2 model was slow compared to the M1 version, with 50 percent slower SSD read speeds and 30 percent slower write speeds. It’s because Apple opted to use just one 256GB NAND flash storage chip instead of two 128GB chips as found on the M1. The move, likely a cost-saving one, means none of the reading and writing can happen in parallel across two chips. Everything has to go through just the one, and that effectively throttles the otherwise high-octane M2 chip.

Now, Max Tech has tested the base 8GB RAM/256GB storage model against the more expensive 13-inch M2 MacBook Pro with 512GB of storage and 16GB of RAM, and yup, it’s slower than that laptop, too! That’s partially uses because the higher-specced device two 256GB NAND chips instead of one, so processes can run in parallel across the two chips. They’re likely the same NAND chips as found in the base model — further suggesting the slowdown is related to the decision to use just one NAND chip in the cheaper MacBook Pro.

But the slowdown is also due to the lack of RAM.

Apple’s Arm-based computer chips use unified memory. The GPU and CPU — everything — pulls from the same memory to get jobs done. In other M1 and M2 devices, 8GB of memory would not be ideal but wouldn’t lead to significant slowdowns. But part of the reason other M1 and M2 Macs can get away with only 8GB of memory is because they have super fast SSDs that the processor can use for memory in a pinch. But when you pair 8GB of RAM with the sluggish single NAND 256GB of storage, you get a laptop that regularly performs tasks at half the speed of its higher-end siblings that use the same exact processor.

For example, when Max Tech exported 50 42-megapixel images in Lightroom, the 8GB/256GB MacBook Pro did the task in two minutes flat. The 16GB/512GB MacBook Pro did it in one minute and seven seconds. That’s nearly double the speed just by using more RAM and faster storage.

The M2 MacBook Pro already feels sort of like a laptop in want of an audience. With the refreshed, better specced, and cheaper M2 MacBook Air weeks away, and M1 MacBook Pros on sale, it’s been hard to make a case for why anyone should buy the M2 MacBook Pro. It’s got great battery life (it took us over 16 hours of aggressive use to kill the battery), but at this point, that’s all it’s got going for it. If you really need the battery life promise of the M2 MacBook Pro, you should save up the extra cash to get the $1,499 version with 512GB of storage and 16GB of RAM.

But, I’ll be curious to see how many people opt for the perfectly good $1,499 model when this stinker of a base model exists. Historically, base models are the ones that sell the best, which means a lot of the people who want this weird machine are going to be flocking to the $1,299 base model despite the stunted performance. If, as Apple claims, the 13-inch MacBook Pro is the second bestselling laptop in the world, then the company is setting itself up for a big mess very soon.