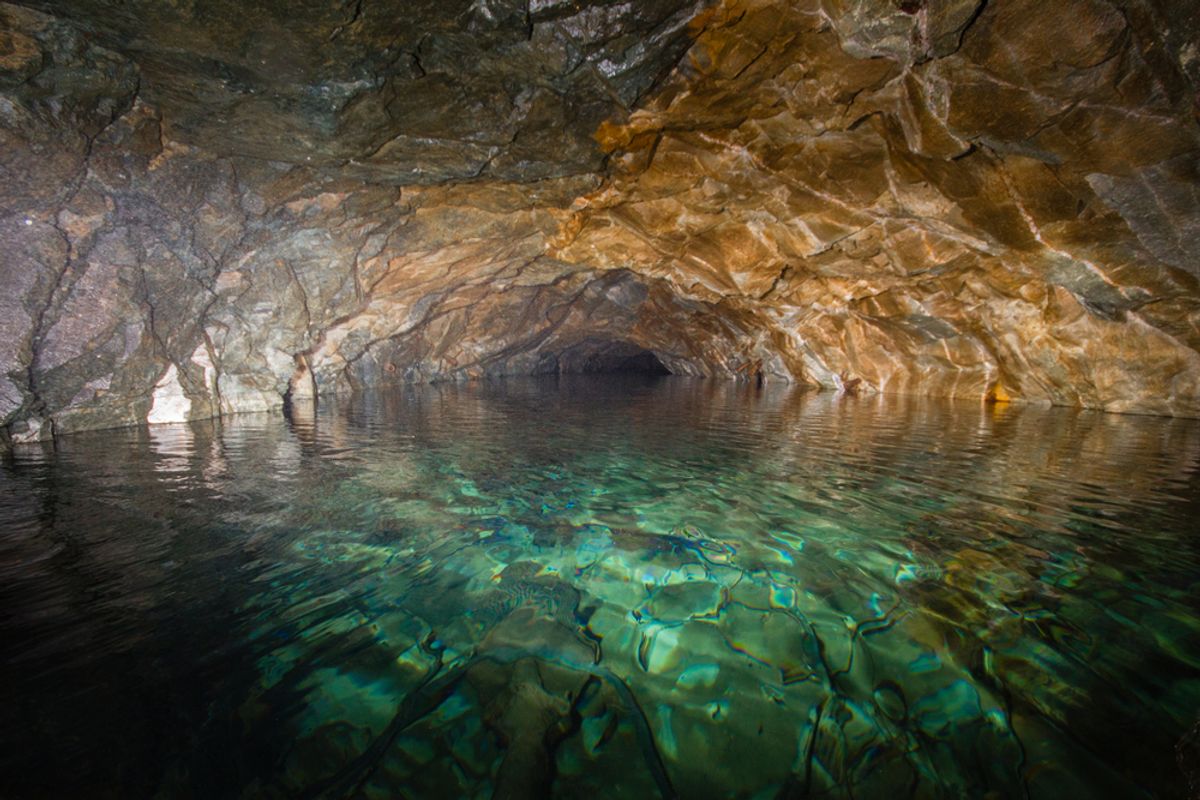 The oldest water is found at the bottom of a mine 3 kilometers down, so is unlikely to be pretty blue. Image credit: Mishainik/Shutterstock.com

In 2016, deep down within a Canadian mine researchers made an ancient discovery: the world’s oldest pool of water. At a depth of roughly 3 kilometers (1.8 miles), the water dates to an impressive 2 billion years old.

The discovery pushed back the date for the oldest known water by at least 500 million years. The previous record was held by water found in the same mine by the same team back in 2013, and came from a depth of around 2.5 kilometers. The mine is in fact the deepest basal metal mine in the world, as the search for copper, zinc, and silver is taking the miners deeper and deeper into the Earth’s crust.

When the miners dug deeper, the researchers took the opportunity to explore further into the mine. They analyzed the water discovered by studying the gases trapped inside. Gases like helium and xenon can get trapped in water stuck in rock cracks, and measuring these can tell how old the water is.

“When people think about this water they assume it must be some tiny amount of water trapped within the rock,” Professor Barbara Sherwood Lollar, who presented the discovery, told BBC News. “But in fact, it’s very much bubbling right up out at you. These things are flowing at rates of liters per minute – the volume of the water is much larger than anyone anticipated.”

What is more, the vast age of the water is not only the important discovery. When the researchers analyzed the liquid, they found traces of life within it. While they are yet to find actual living bacteria, what they did discover was, in effect, the fingerprint of life. From this, they are able to infer that there has been some form of microbiology living within the water and over a very long time period.

The fact that something has been able to survive, and indeed flourish, in water that is so old and so deep within the Earth has some important implications. Not only can it tell us about life on Earth billions of years ago, but it may also help in the search for life off-world. While rivers no longer flows on the surface of Mars, there are still pockets of water and ice under the surface. These are nowhere near as deep as the water discovered in Canada, and it is possible that these pockets could provide the conditions necessary for microorganisms to live.