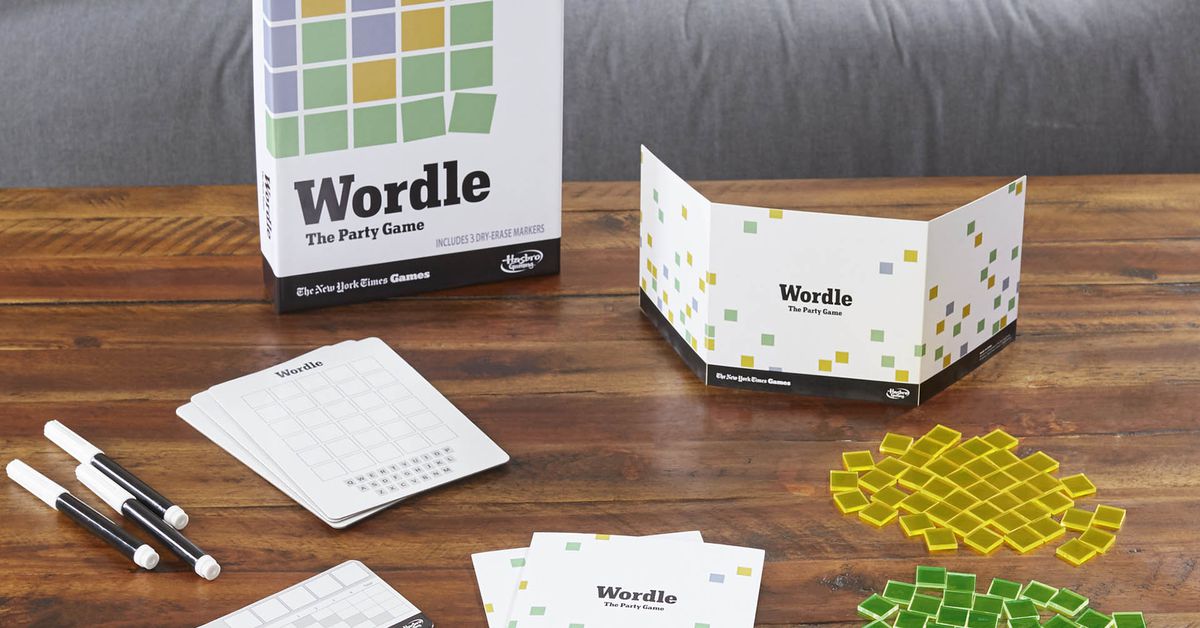 Hasbro and The New York Times announced Thursday that Wordlethe massively popular online word game, is getting a physical board game edition. Wordle: The Party Game will be available to purchase in North America in October and is available to pre-order today via the game’s official website.

According to Hasbro and NYT Games’ joint press release, Wordle: The Party Game will allow two to four players to compete against each other to solve word puzzles. Each round, a player is designated as the “Wordle Host,” who writes down a secret word that the rest of the players must try and guess. Like the original game, players will only have a maximum of six tries to guess what the word is. The fewer attempts a player needs to successfully guess the word, the fewer points they score. The player with the fewest points at the end of the game wins.

Hasbro promises classic Wordle gameplay rules and a couple of variations, including a “beat the clock” mode and team-based word-guessing action.

Wordle‘s official board game costs $19.99, and is available to purchase from Amazon, Hasbro’s Pulse website, and Target. Included in the box are three Wordle boards, three shields, a Secret Word board, three dry-erase markers, 45 green tiles, 45 yellow tiles, and the game guide.