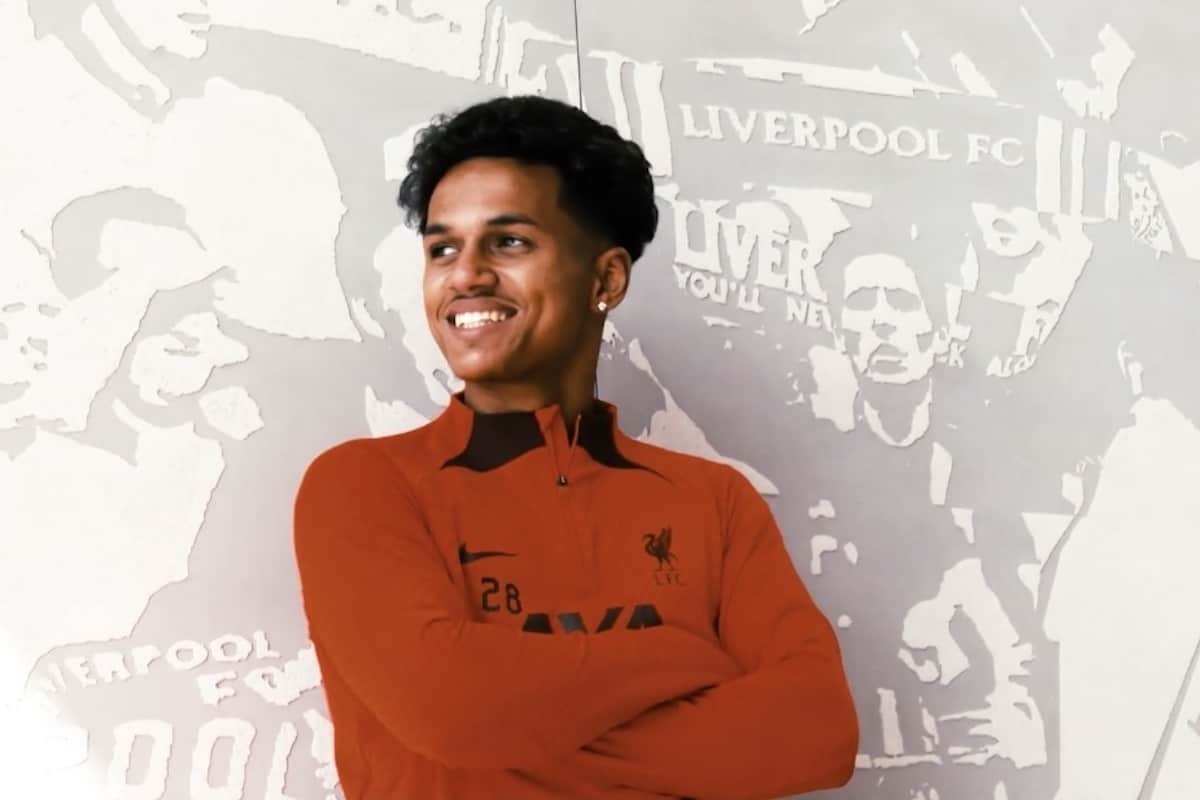 Jurgen Klopp has showered new Liverpool signing Fabio Carvalho with praise, but urged patience for a player who he believes “bring a stadium to its feet.”

After a long wait – and a winter disappointment – ​​Klopp has finally got his man as Carvalho joins Liverpool from Fulham in a deal worth £7.7 million.

He was the first of three signings at Anfield this summer, but the last to be officially unveiled as the 19-year-old underwent media duties at the AXA Training Center this weekend.

Carvalho will be one of the first players to report back for pre-season training on Monday, and ahead of their first day working together, Klopp has outlined the expectations for his new No. 28.

“What a talent he is, hey?” Klopp told the club’s official website.

“A player who can bring a stadium to its feet.

“He puts his personality into his performances, he is confident and adventurous with the ball, and he wants to make things happen.

“He is a versatile player for sure and is very much an attacking threat with his creativity and dynamism.

“It was a wonderful season for Fulham last year and Fabio was a worthy winner of the individual recognition he got as a result of that.”

As with almost every new signing at Liverpool, however, Klopp is keen to stress that Carvalho will take time to adapt to his new surroundings.

This is particularly the case for a player so young and with relatively little top-flight experience – having only featured four times during Fulham’s last season in the Premier League in 2020/21.

“It doesn’t really need saying, but it is worth reminding everyone that he will of course need patience,” the manager added.

“It’s a step up, but one we know he is more than capable of making, which is why we were so keen for so long to sign him for Liverpool.

“He has the perfect environment here to learn and develop.

“He has a dressing room full of the best teachers in football who will help him settle and adapt.

“With us, a player of Fabio’s profile will get the opportunity along with space to improve, learn and develop further.

“I’m looking forward to working with him and seeing him in a red jersey.”