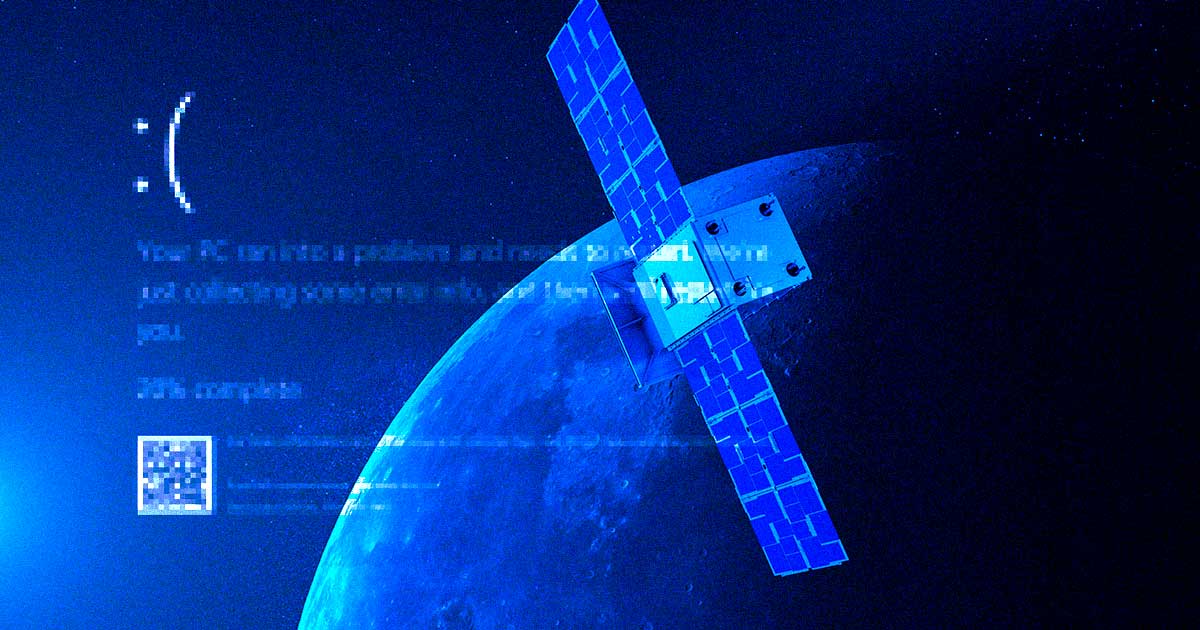 “Hard not to root for the little guy.”

Scientists at NASA let out a huge sigh of relief yesterday when NASA was able to successfully restore contact with its CAPSTONE satellite after it unexpectedly plunged into radio silence on Monday.

And fortunately for NASA scientists, CAPSTONE “is looking happy and healthy.”

Now, thanks to their tireless efforts, we finally know what caused the dropout: a bad command and a software error.

According to a NASA update, the issue arose during the commissioning of the CAPSTONE satellite, which typically entails establishing contact with the satellite and checking its systems, among other procedures.

While attempting to access diagnostic data to investigate an issue with CAPSTONE’s ranging data, an “improperly formatted command” was sent to the satellite, rendering its radio inoperable, according to the update.

The onboard fault detection system failed to fix and reboot the radio, something it was designed to do, because of a “fault in the spacecraft flight software.”

“And still, the small spacecraft survived,” Ars Technica senior space editor Eric Berger tweeted in response to the news. “Hard not to root for the little guy.”

There are some positive takeaways from this brief blunder. Despite the delay, CAPSTONE’s autonomous flight software was able to fix things on its own and bring the satellite back into contact, at which point the ground team was able to re-assume control.

It also managed to keep its antenna pointed towards Earth the entire time while simultaneously topping off its battery charge by keeping its solar panels oriented. Pretty impressive!

The Moon-bound satellite represents a major step forward in NASA’s Artemis program, an ambitious program which aims to return humans to the lunar surface.

Assuming there aren’t any other hiccups, the satellite will be the first spacecraft to perform a special kind of elliptical orbit around the Moon, laying the groundwork for NASA’s Gateway station in the Moon’s orbit.

More on CAPSTONE: There’s a NASA Satellite Headed Toward the Moon Right Now