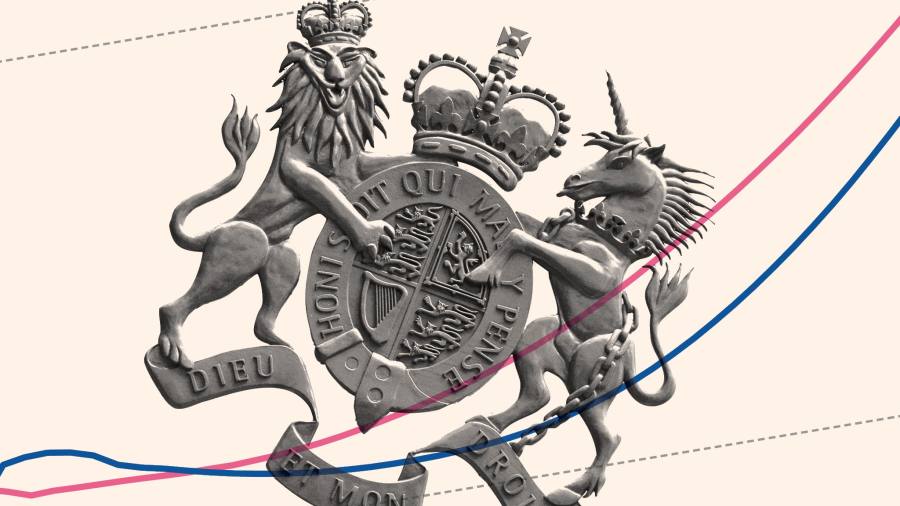 The Office for Budget Responsibility has derailed the hopes of would-be tax-cutting Conservative leadership candidates by saying that the UK’s public finances are “on an unsustainable path in the long term”.

In a long-planned report, the government’s independent fiscal watchdog said on Thursday that geopolitical tensions and the energy crisis raised emerging risks to the public finances in addition to existing pressures from an ageing population.

The watchdog’s message will be a concern for many of the challengers to become the next prime minister and Conservative leader, who have called for lower taxes to boost the UK’s economic growth rate.

The OBR praised the tax rises overseen by former chancellor Rishi Sunak as having protected the UK’s fiscal position for the next 20 years or so from being dented by the Covid-19 pandemic.

Andy King, a member of the watchdog’s Budget Responsibility Committee, made it clear that tax cuts did not improve the nation’s finances. “In every case I can think of, when we look at tax cuts, the direct fiscal cost of cutting that tax outweighs the indirect fiscal benefit of improved economic activity.”

Tax cuts, he added, “do not pay for themselves” so they “would not improve the long-term finances”.

The report noted some good news for the government that demographic pressures were more benign than previously thought as a result of declining life expectancy and the falling birth rate.

The OBR said Sunak’s legacy would leave a low level of borrowing towards the end of the decade, alongside its central projection of public debt as a share of national income falling until the middle of the century.

But the watchdog was at pains to stress this did not mean politicians could bank the money and spend it now via persistently lower taxes or higher public spending, especially as the exchequer could lose more than £30bn a year from fuel duties as the nation switches to electric vehicles.

According to Richard Hughes, who chairs the OBR, the public finances had been extremely “volatile” over the past few years, buffeted by an unpredictable global and domestic environment.

He highlighted that two decades ago, when the Treasury first looked at the long-term public finances, it expected public debt to stay below 40 per cent of gross domestic product for the following 50 years. “As we now know, debt this year is expected to be more than twice that at 96 per cent of GDP,” said Hughes.

The OBR concluded that existing demographic pressures and new fiscal risks “add up to a challenging outlook for this and future governments as they steer the public finances through inevitable future shocks, while managing multiple slow-building pressures”.

In its projections, the watchdog showed public debt rising persistently above 100 per cent of GDP by the middle of the century and climbing further after that to twice reach the level of GDP by the mid-2060s.

The OBR said some £37bn of additional tax rises or public spending cuts every decade were necessary to stabilize the public finances in the longer term.

“Bringing debt back to 75 per cent of GDP — the level at which it is stable in the government’s pre-pandemic March 2020 budget — would need taxes to rise, spending to fall, or a combination of both, amounting to a 1.5 per cent of GDP additional tightening at the beginning of each decade over the next 50 years,” it said.

If geopolitical pressures mounted, those tax increases would have to be greater, the watchdog added, as they also would if energy prices spiked even higher or stayed persistently at their current high levels.

In a more dangerous political world, the OBR said that action from the government to support vulnerable households with the rising cost of living would further further downgrade the public finances.

“Additional fiscal support for households of the type seen this year would dampen the short-term hit to household incomes, but only at the expense of passing a higher public debt burden on to future households,” it warned.