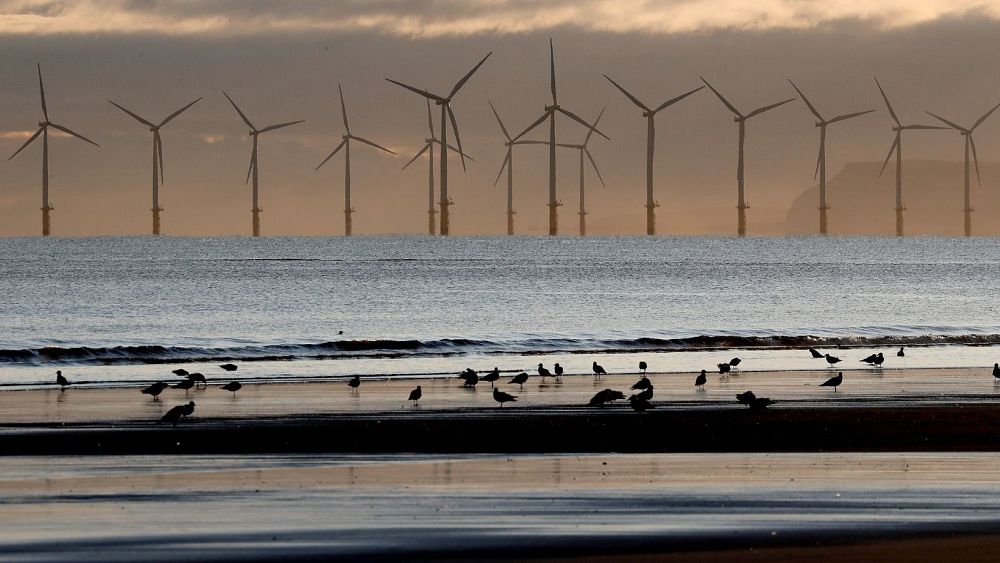 It’s been eclipsed by the Prime Minster’s resignation, but the UK government made a significant green energy announcement today.

Britain’s latest round of awards to renewable energy suppliers gave contracts to solar, wind and tidal projects capable of generating a record-breaking 11 gigawatts (GW) of electricity.

That capacity will be enough to power around 12 million UK homes at once – equivalent to 6 gas-fired power stations – the government revealed in a statement this morning, shortly before PM Boris Johnson announced his resignation as leader of the Tory party.

Tweeting from Teesside at the launch of a £400m investment into a new offshore wind factory, Business, Energy and Industrial Strategy Secretary Kwasi Kwarteng said, “Westminster is a mess, but this investment – and those jobs – will outlast any PM.”

Celebrating the record-breaking fourth round of the contracts for difference (CfD) support scheme, Mr Kwarteng acknowledged that “Eye-watering gas prices are hitting consumers across Europe.

“The more cheap, clean power we generate within our own borders, the better protected we will be from volatile gas prices that are pushing up bills.”

How do governments buy renewables?

Here’s how it works: the government offers a contract for a guaranteed minimum price of electricity for companies whose renewable projects win in an auction.

CfDs, the government explains, give certainty to project developers investing in new renewable energy infrastructure by protecting them from volatile wholesale prices.

A unique benefit of the plan is that when wholesale electricity prices are high, as they have been in recent months, generators pay money back into the scheme to reduce the net costs to consumers.

And renewable projects take far less time to get off the ground than fossil fuel factories. “Thanks to the rapid construction times of new onshore wind and solar sites, billpayers will start to feel the benefits of today’s auction next year,” says RenewableUK deputy chief executive Melanie Onn.

The 11GW of clean energy capacity is almost double that achieved in the previous round of auctions.

The largest chunk, almost 7GW, was secured from new offshore wind projects, enough to increase the UK’s overall capacity built and under construction by 35 per cent. It will also help meet the government’s aim of having 50GW of offshore wind by 2030.

Orsted, SSE Renewables, Vattenfall and Iberdrola’s Scottish Power were among 93 winners of the contracts, all of which already have planning permission.

Meanwhile SSE’s Viking offshore wind farm in the gusty Shetland Isles was awarded a contract for half of the project’s 443 megawatt (MW) capacity.

“Viking will be the most productive onshore wind farm in the UK when it enters operation from 2024, and will play a crucial role in decarbonising energy supply in the Shetland Islands as well as in Scotland,” managing director of SSE, Stephen Wheeler said in response to the news.

Almost all the solar projects will be built in England, while Scotland has all of the onshore wind farms in this round and most of the tidal – despite England having plenty of viable wind sites too.

How much does wind and solar energy cost?

The competitive nature of the scheme has continued to push down prices, the government says. The price of offshore wind per megawatt hour secured in this round of auctions was almost 70 per cent less than that secured in the first allocation round in 2015.

“These numbers are wild,” comments Leo Murray, innovation director at climate charity Possible. “One of the few parts of the climate struggle where we can emphatically say we are winning is renewable electricity generation costs.”

Remarkably, the 11GW of renewables will generate energy at prices four times lower than the current cost of gas, according to CarbonBrief analysis.

This CfD round also included tidal stream and floating offshore wind projects for the first time.