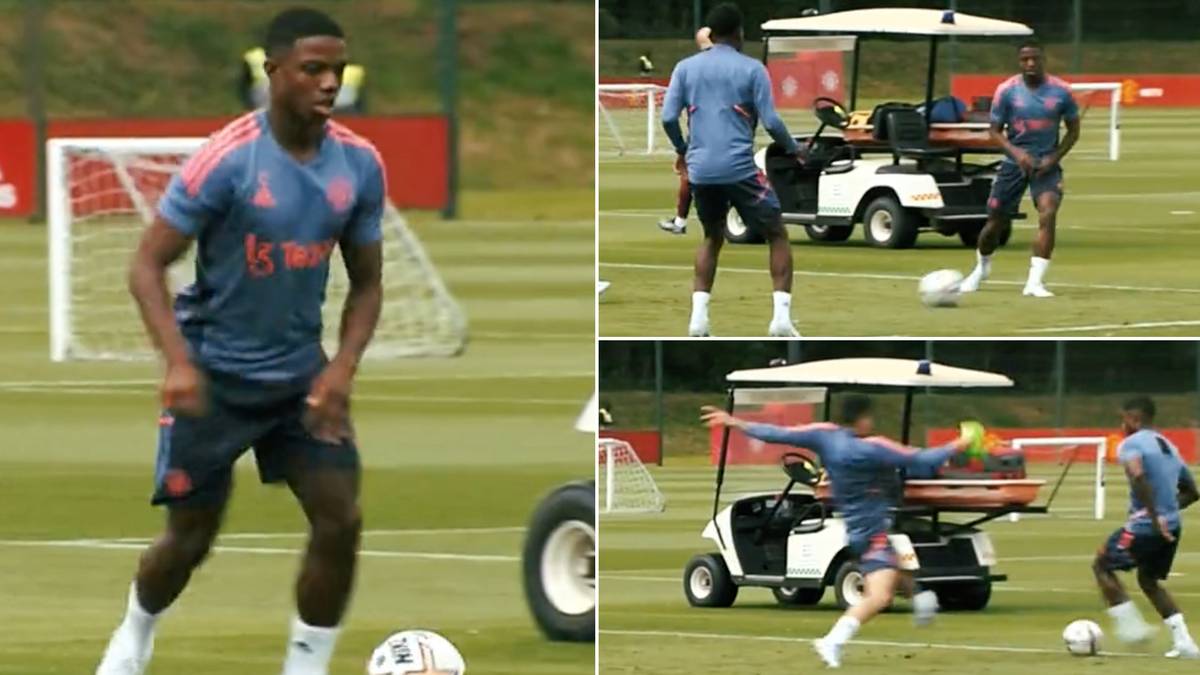 Manchester United fans are excited about their new signing Tyrell Malacia after seeing footage of the defender in training.

The Dutchman became United’s first signing of the summer transfer window after the £14.6 million deal was confirmed earlier this week. He became Erik ten Hag’s first signing as United boss.

After footage of Malacia in training emerging online, United fans were impressed with the new man. The left back showed very neat passing and sharp movement during a rondo drill with his team mates.

United fans quickly took to social media to express their delight at the 22-year-old.

One fan said: “Just by a 3 second clip I can already tell that Malacia is 10x better than Telles. Look how slow Telles was in that rondo lmao.”

Another tweeted: “Malacia already good at one two touches. Better than our players.”

And a third said: “He puts more effort in practice then I’ve ever seen Telles put in a game with MU. I’m glad we signed him. Shaw and Telles are not good enough.”

One fan claimed that Malacia was running rings around his team mates: “Sat watching Malacia run rings round lads that have been there for years? Yeah I’ll stay in the concourse.”

A promising start for Malacia as it seems that he already has the support of the United faithful. But they will be demanding more new signings as they expect the team to improve on their dismal 21/22 season.

United are closing in on a deal to bring in free agent Christian Eriksen after the Danish verbally agreed a three year deal.

The long transfer saga involving Barcelona Frenkie de Jong Doesn’t look likely to be ending soon, the two clubs are yet to agree a fee and personal terms are yet to be discussed. Ten Hag is desperate for United to sign De Jong as he sees the Dutchman as the focal point of his plans at the Old Trafford club. Barcelona’s club president Joan Laporta has previously said that the man is not for sale.

Barça president Laporta: “Frenkie de Jong is Barcelona player – we don’t want to sell him unless we have no other choice.” 🚨🇳🇱 #FCB

“Ofc we know there are offers for de Jong – but we don’t want to sell him”. #MUFC pic.twitter.com/FFfbK2KG8s

United are also in the hunt for Ajax duo Lisandro Martinez and Antony, with ongoing discussions between the two clubs ahead of any potential deals.

Ten Hag has been putting his players through the motions on the training pitch as they prepare ahead of their pre season tour of Thailand and Australia.

They will be kicking off their pre season tour with a match against Liverpool on 12 July in Bangkok.