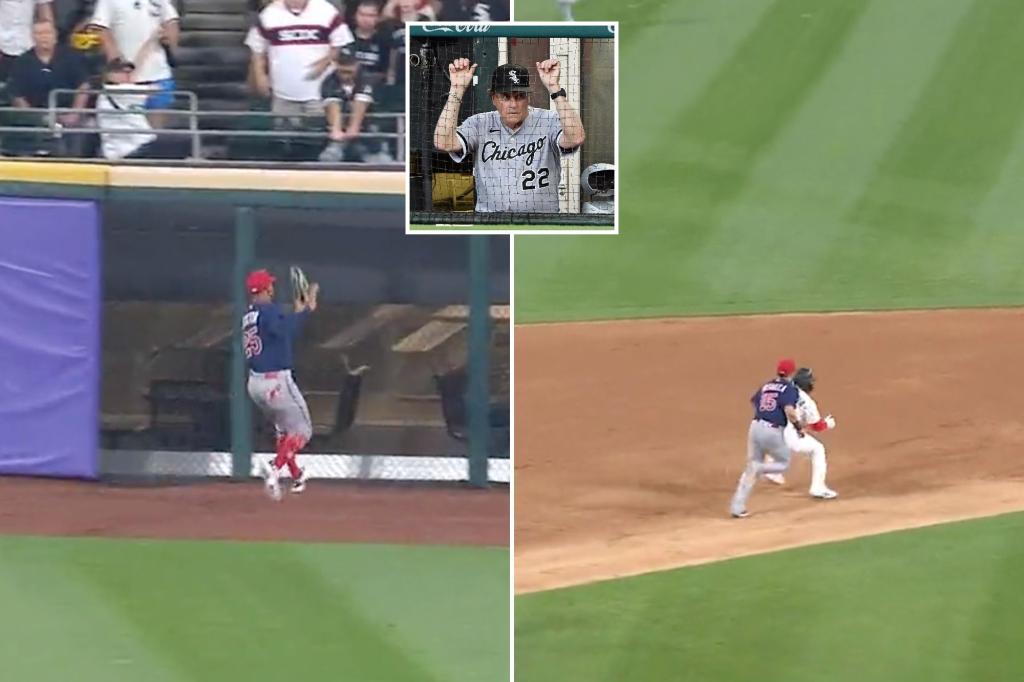 The Minnesota Twins pulled off a historic triple play on Monday – one that appropriately summed up the misery their opponents, the Chicago White Sox, have experienced this season.

At the bottom of the seventh inning and the game tied at 2-2, Chicago had runners on first (Yoan Moncada) and second (Adam Engel) with no one out as AJ Pollock came up to the plate. Pollock got a hold of a pitch and barreled it into a right-center field, the hit looking like at least extra bases, but Byron Buxton ran it down and made an excellent catch against the wall.

The runners, however, appeared to not think a catch was even possible, as they both took off immediately on the crack of the bat and didn’t stop. Therefore, when the catch was made, Engel was past third, and Moncada was not far behind him.

Buxton then threw the ball to Gio Urshela, who tagged Moncada as he was trying to run back to first, then stepped on second to force Engel out. A triple play.

And not just any triple play – an 8-5 triple play, the first of that kind in MLB history.

It was an impressive snag and throw from Buxton, but the play was certainly more boneheaded on the White Sox’s end than it was nifty on the Twins’ end. Neither Engel nor Moncada had the foresight to consider that the ball could have been caught, or that Minnesota has one of the most athletic center fielders in the league. As a result, both were wildly out of position and didn’t have a chance to tag up.

It’s just another in a long list of struggles for the White Sox, who have struggled to a 38-40 record under Tony La Russa despite heading into the season as World Series contenders. La Russa has been under the microscope for his managerial performance, with another notable incident coming when he decided to intentionally walk Dodgers star Trea Turner with two strikes in the count.