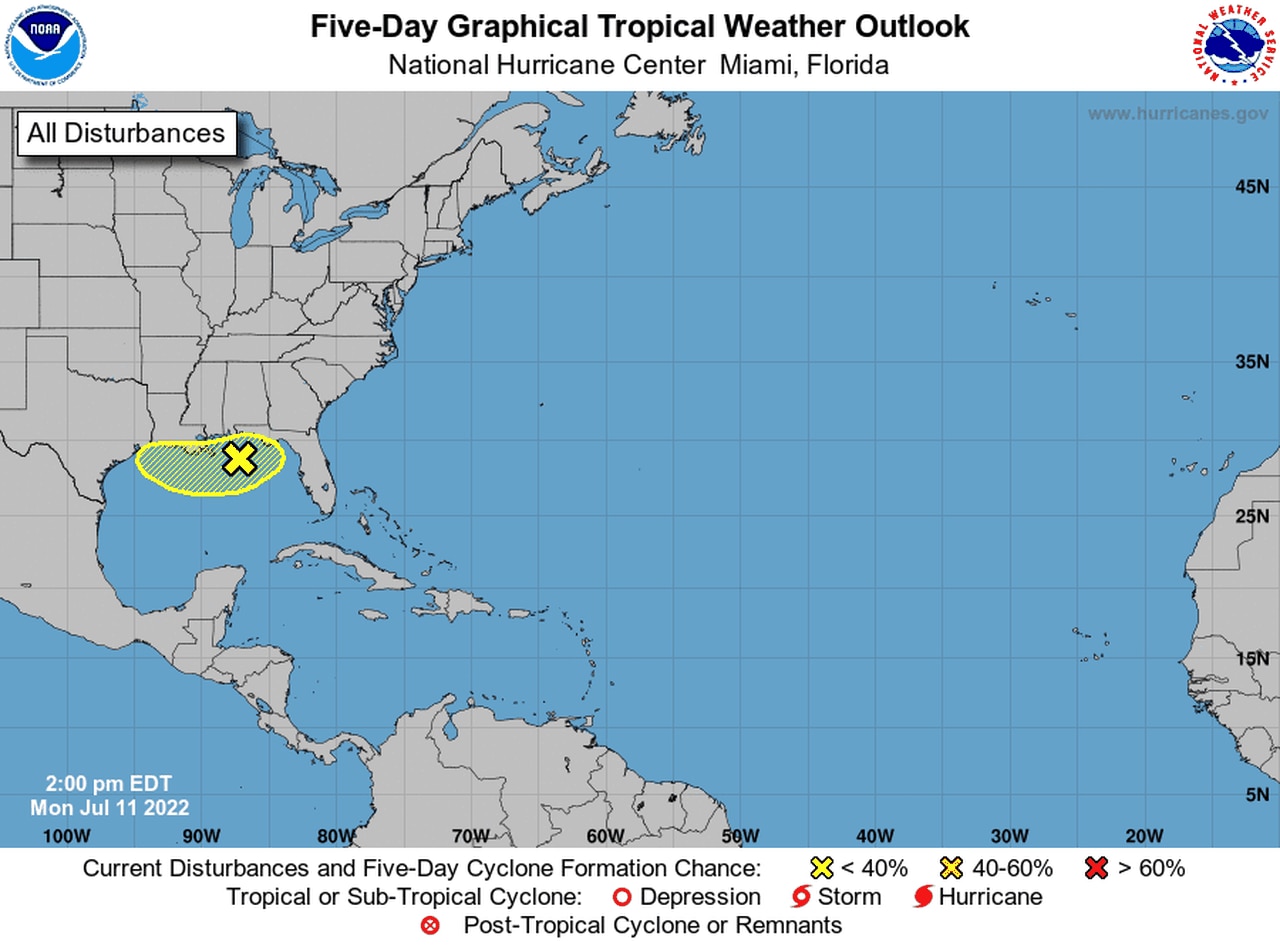 Hurricane watchers will keep an eye on the Gulf of Mexico this week.

A trough of low pressure has developed off the coast of the Florida Panhandle as of Monday afternoon, and the National Hurricane Center has given it a 30 percent chance (considered low) of becoming a tropical depression over the next five days.

It is expected to bring a lot of rain and a high risk of rip currents to south Alabama this week, according to forecasters at the National Weather Service in Mobile, who are also keeping close watch on the situation.

The hurricane center noted on Monday that surface pressure readings have fallen over the past day in the vicinity of the system, a sign that it is attempting to organize.

The system is not expected to move much, and if it stays out over water some slow development will be possible, forecasters said.

The weather service in Mobile said it’s too soon to say what will happen with the system, but forecasters plan to raise the rip current risk to high on Tuesday, and it is expected to stay there through at least Thursday.

They will also be on guard for flooding, with several inches of possible rain on and off during the week.

A tropical system has to have a defined center of circulation and winds of at least 39 mph to be considered a tropical storm and get a name. The next name on the list is Danielle.

The Atlantic hurricane season typically begins to get more active in August and peaks around Sept. 10. The season runs until Nov. 30.