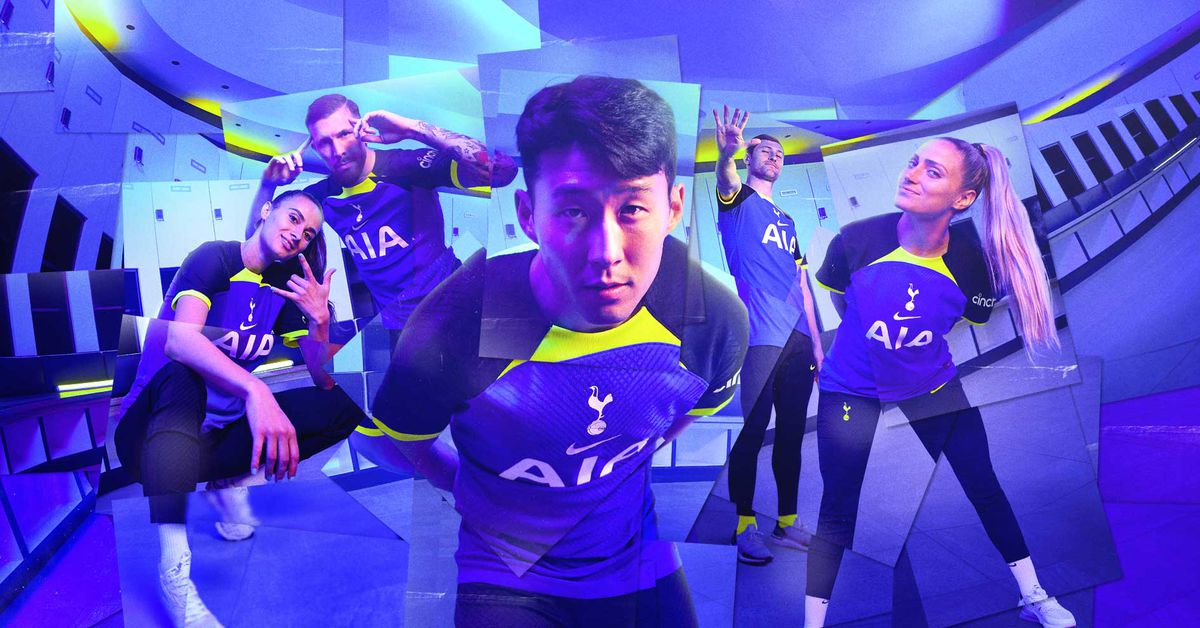 Nike’s tagline for Tottenham Hotspur’s away kit, released today, was “Dare to Be Bold.” It’s, uh, certainly that. Not sure if it’s a good thing! Spurs announced their long-awaited away kit design officially this morning, ahead of Saturday’s friendly against Sevilla in Seoul, South Korea.

Daring to do bold on the road

Get your 22/23 Away Kit exclusively with Spurs

These designs, disdainfully dubbed “the scuba kits” by Spurs fans, were leaked more than a year ago along with the designs for what would become the 2021-22 kits. And they are uh something. I’m not sure Spurs have ever had a kit quite like them. It’s interesting that in order to cast the kits in the most positive light, Nike required a photoshoot that basically took photographs of these kits in a blue and pink saturated color wash.

Honestly, I kind of hate everything about these, from the weird color scheme to the overall design that looks like a wetsuit, to the centered Nike and Tottenham logos on the front. Frankly, I don’t know a single person that likes them. Perhaps Spurs’ young and hip left wing back Ryan Sessegnon can make me appreciate them?

No, he cannot. (Cool glasses, though.)

Look, like with most Tottenham kits, I often have a visceral reaction to them upon first seeing them only to watch Spurs play while wearing them a few times and decide that, ok, maybe they’re not so bad. Or they look good on the pitch. But sometimes… well, sometimes kits are just bad, like the reviled “cummerbund” kits that we wore in a Champions League final and looked like a blue toner cartridge exploded at the bottom. I don’t know which way I’ll swing on these new ones. I suspect it’s the latter.

These were leaked over a year ago, giving Nike ample the opportunity to solicit early opinion and make a course correction if needed. They chose not to, which probably tells you something. (Or perhaps it says more about me, who knows.) We’ll get a chance to see them in action on Saturday when Spurs play Sevilla in a friendly match in Korea.

This kit is the Kombucha Girl gif of kit designs. Think I’ll skip them this time around. But if you like them, they’re available at the Tottenham Hotspur Shop, and don’t let my curmudgeonly ass prevent you from getting one with your favorite player on the back.