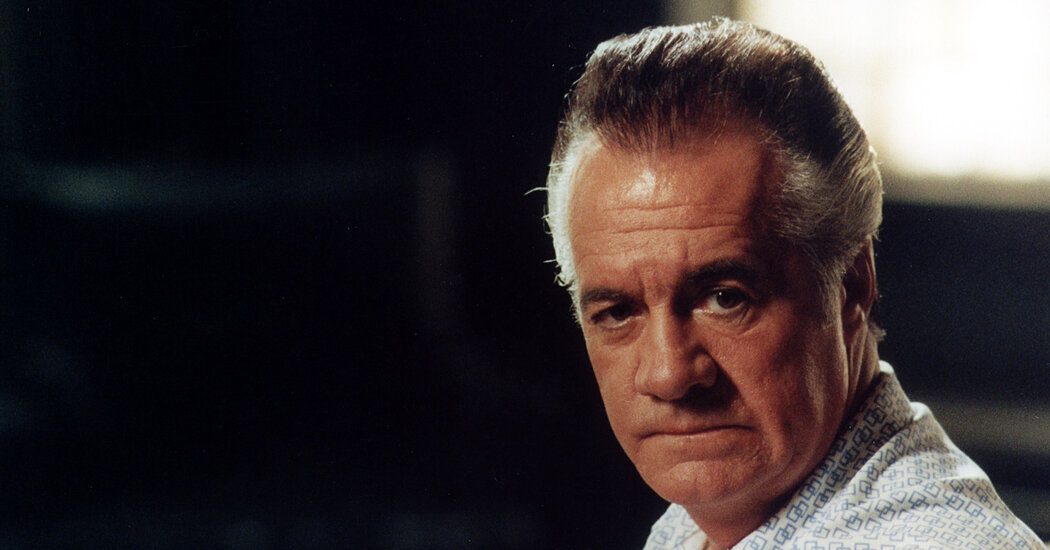 “If I’m with five other Paulies,” he told The New York Times in 2007, imagining a fairly unlikely situation, “and somebody yells, ‘Hey, Paulie,’ I know it’s for me.”

After “The Sopranos” ended in 2007, he often worked with his co-stars.

He appeared in a crime drama, “Respect the Jux,” this year.

Mr. Sirico married and divorced early. In addition to his brother Robert, he is survived by two children, Joanne Sirico Bello and Richard Sirico; a sister, Carol Pannunzio; another brother, Carmine; and several grandchildren.

He brought at least one admirable lesson from the mob world to “The Sopranos”: He insisted that his character never be portrayed as a rat, someone who would snitch on his crime family. He was also reluctant to have his character kill a woman — Paulie smothered an older nursing home resident with a pillow when she interrupted his theft of her life savings — but he was pleasantly surprised that people in the old neighborhood didn’t seem to think less of him after the episode was shown.

Early on, however, it sometimes slipped his mind that he had rejected the dark side.

“I was this 30-year-old ex-con villain sitting in a class filled with fresh-faced, serious drama students,” Mr. Sirico recalled in the Daily News interview. The teacher “leaned over to me after I did a scene and whispered, ‘Tony, leave the gun home.’ After so many years of packing a gun, I didn’t even realize I had it with me.”