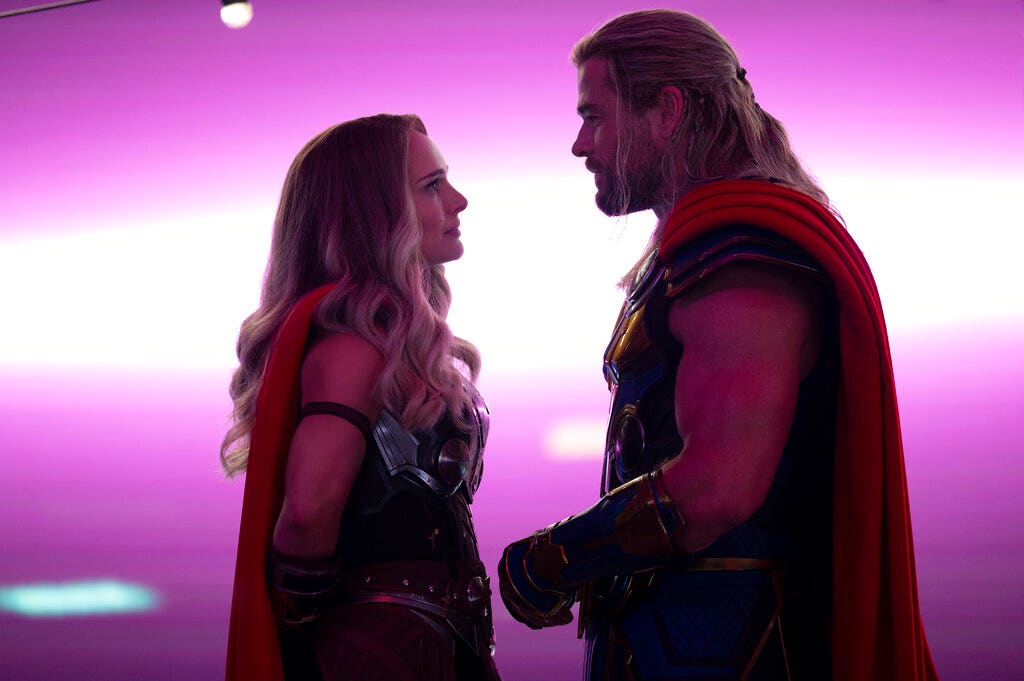 Check out what’s clicking on FoxBusiness.com.

Marvel’s “Thor: Love and Thunder” scored big at the box office during its opening weekend, earning $143 million in North America, a franchise best for the Thor film series.

The movie, directed by Taika Waititi, opened on 4,375 screens this weekend and beat out “Minions: The Rise of Gru” for the top spot. With international showings included, the Thor film saw its global total already surpasses $300 million. “Love and Thunder” had opened in 47 territories starting in the middle of the last week.

The film production budget was reported at $250 million, the largest of the Thor series.

But despite the stellar opening weekend, “Thor: Love and Thunder” was not Marvel’s biggest opening of the year. “Doctor Strange in the Multiverse of Madness” debuted at $185 million in early May.

And both movies fell short of December’s release of “Spider-Man: No Way Home,” which raked in $260.1 million.

The Minions movie, in its second weekend in theaters, earned a second-place spot with $45.6 million, which increased its domestic total to $210.1 million and its worldwide grosses to $399.9 million.

“Top Gun: Maverick” came in third place in its seventh weekend with $15.5 million. The movie’s domestic total now sits at $597.4 million, and is expected to soon exceed $600 million, which would make it one of only 12 films to reach that mark.

Chris Hemsworth poses on the red carpet at the premiere of Marvel Studios “Thor: Love and Thunder” at the El Capitan Theater in Los Angeles, California, US, June 23, 2022. (REUTERS/David Swanson/File Photo) (Reuters Photos)

The summer 2022 box office continue to excel in comparison to last year, with this summer’s totals up 217% from summer 2021.

GET FOX BUSINESS ON THE GO BY CLICKING HERE

The year as a whole surpassed $4 billion last week, a 233% jump from last year. However, that number is still falling behind 2019, the last box office year before COVID-19 hit, by 30%.