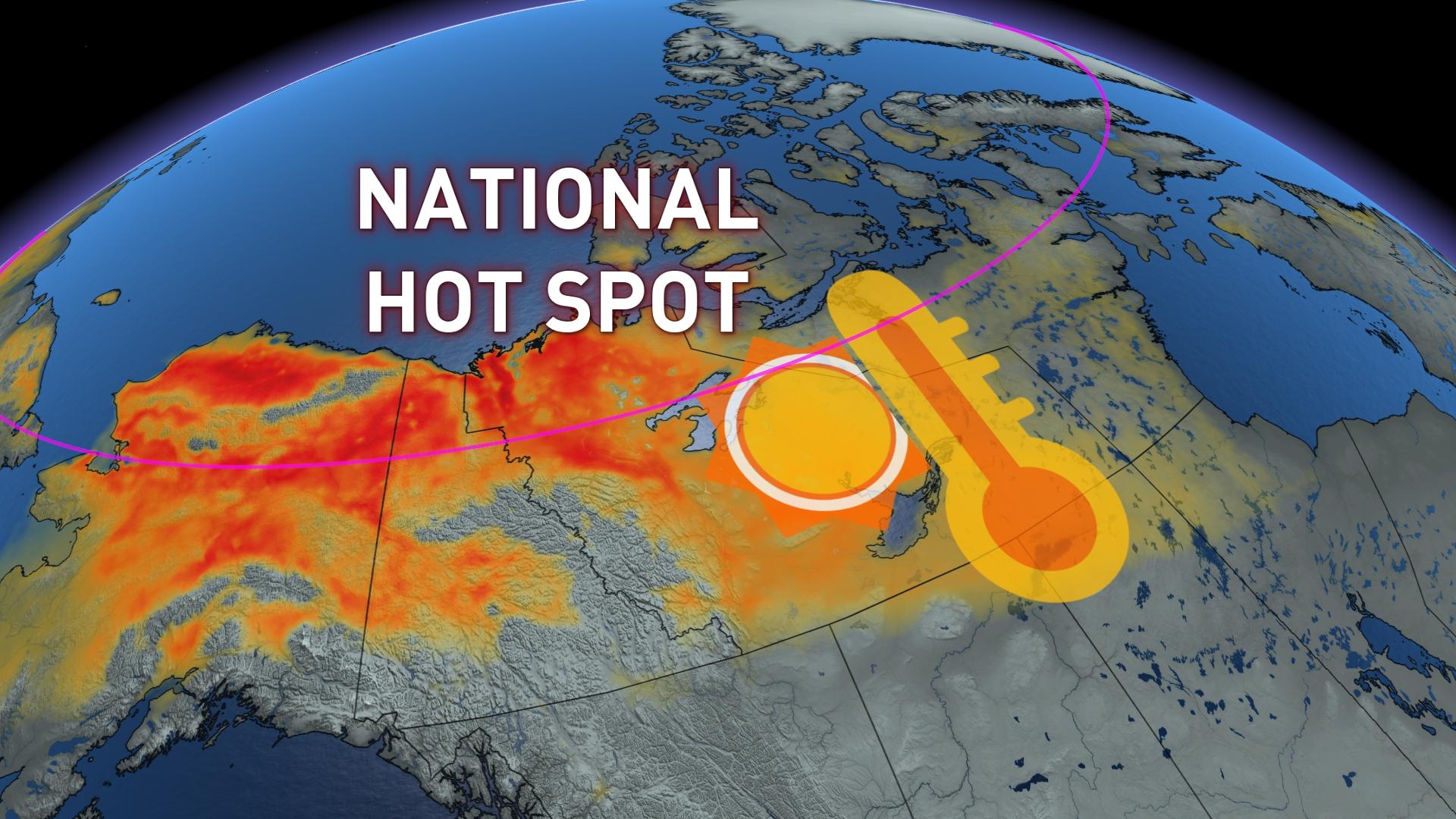 A week of temperatures in the mid-20s doesn’t sound too bad for the beginning of July, but it’s another story entirely when this streak of early-summer warmth is relentlessly shining down on the Arctic Circle.

Forecasters have spent more than a week watching a significant ridge of high pressure build over Northern Canada, bringing an extended period of uncharacteristic heat to communities north of the Arctic Circle.

Inuvik, NWT, has a serious shot at notching the distinction of Canada’s hot spot within the next couple of days, eking out typically toasty communities in southwestern Ontario for the day’s hottest high temperature.

Inuvik’s typical high temperature sits around the mid-teens for the start of July. We’re going to see a streak of high temperatures over the next seven days that could come in more than ten degrees above normal—making for one of the most extreme temperature anomalies in the entire northern hemisphere this week.

Compare Inuvik’s seven-day forecast with conditions over the same stretch down in Montreal, several thousand kilometers and nearly 20° of latitude to the south.

Folks up north are dealing with the heat because of an upper-level blocking pattern over Western Canada called a rex block.

This pattern leads to abnormally warm temperatures for communities beneath the ridge, while anyone caught under the upper-level low can experience a long spell of rainfall.

It’s this same pattern that’s bringing unseasonably cool weather to parts of British Columbia and the Prairies, and it’s also why the South Coast is about to see an unusual stretch of rain during what’s typically their driest month of the year.