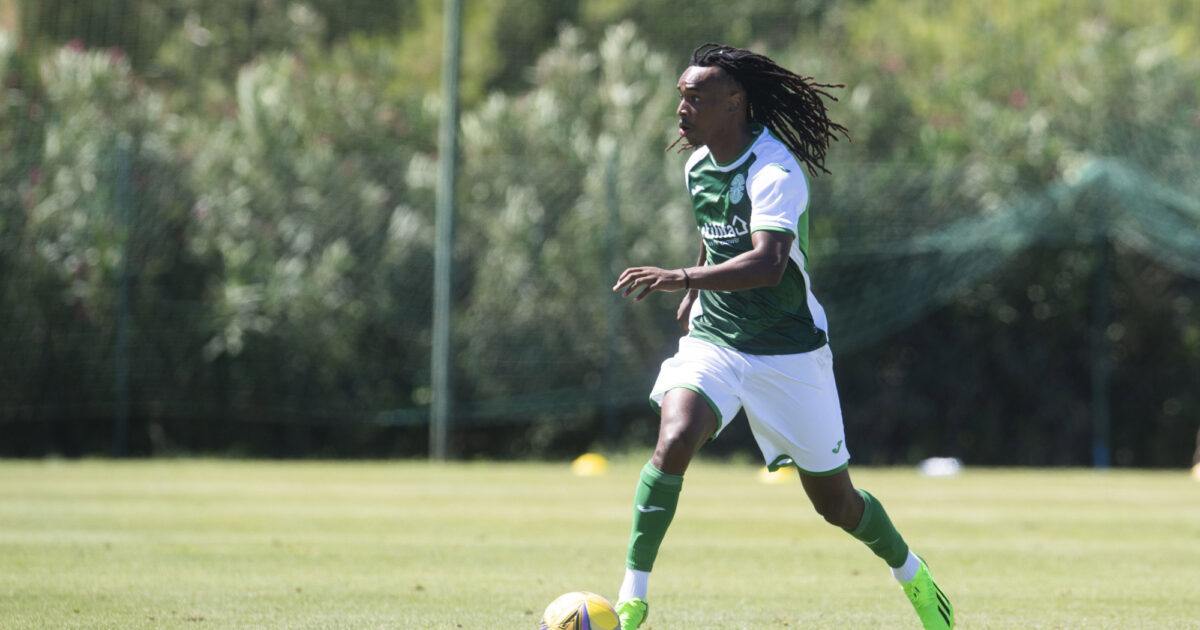 Lee Johnson provided a squad update ahead of our first competitive match of the 2022/23 season, including a work permit update on several players.

The Hibees begin the 2022/23 campaign in the Premier Sports Cup Group Stages as we host Clyde at Easter Road – kick off at 3pm on Saturday 9 July, 2022.

Ahead of the fixture, Lee Johnson spoke to Hibs TV and provided an update on who may and may not feature.

Unfortunately, several of the new signings are still waiting for the final stages of work permits to be approved and will be unavailable for selection, Lee told us.

“Unfortunately, we are going into the game without a few players who are still waiting for work permits to be approved.

“Momodou Bojang, Èlie Youan and Jair Tavares won’t be available, and Lewis Miller is also 50:50 at the moment.”

Although Youan and Tavares both featured in Portugal, they are unable to play in a competitive fixture until their permits are approved.

Despite that, Johnson is confident that these issues will be quickly resolved and is looking forward to an exciting month ahead.

“There are a group of core players that have worked extremely hard and are fit for tomorrow’s game.

“There are a lot of moving parts at the moment but at the same time, everything is formulating quite nicely. I am very confident that by the first game of the season we will have plenty of strings to our bow and various different attributes in our team.”