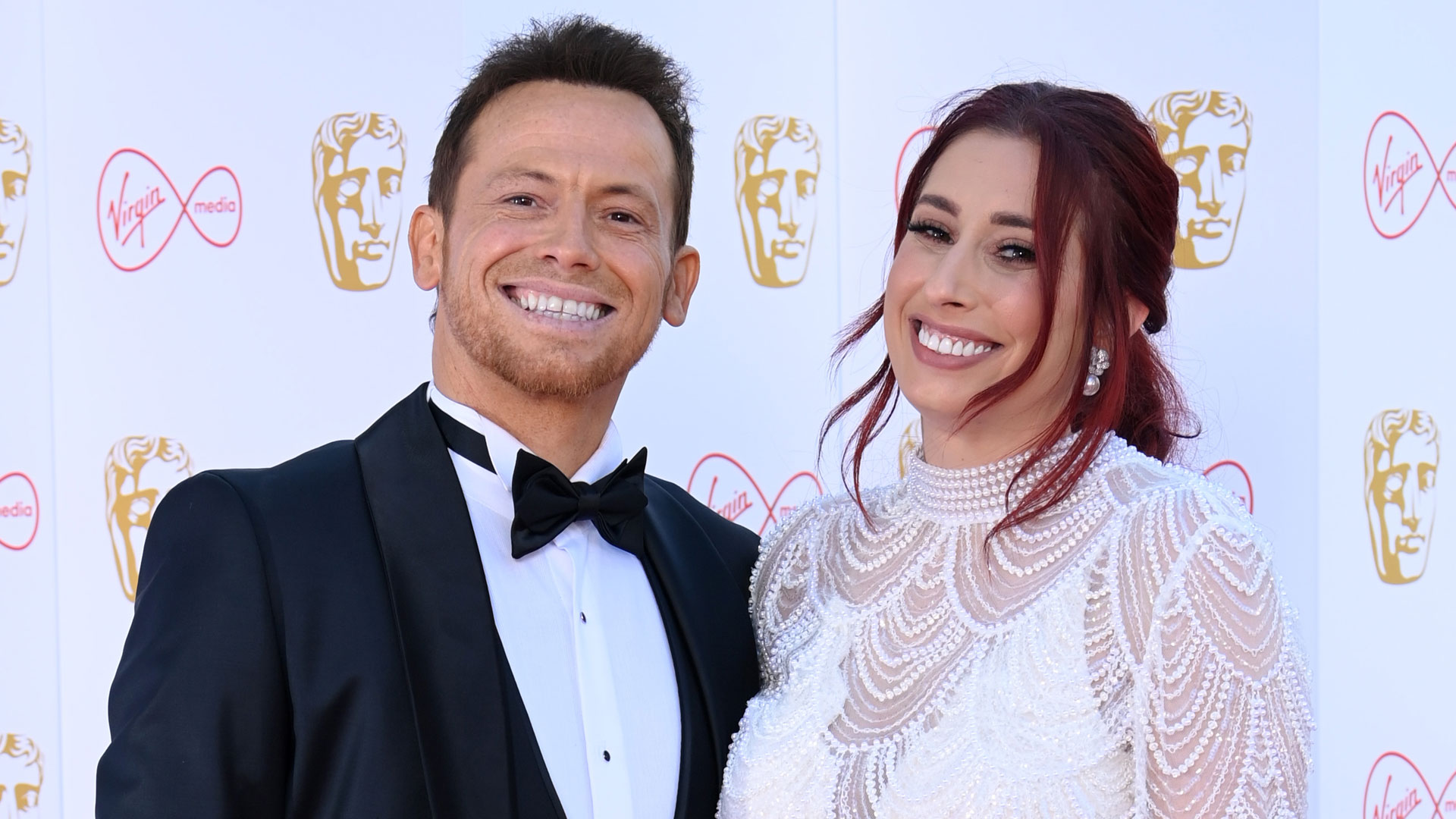 STACEY Solomon has revealed preparations for her wedding to Joe Swash are well under way as they get set to tie the knot later this month.

Loose Women star Stacey, 32, and actor Joe, 40, will say ‘I do’ in a romantic ceremony at their home, dubbed Pickle Cottage.

DIY queen Stacey is preparing a lot of the decorations herself and today showed off her latest creations.

The former X Factor star told fans she was giving her Christmas lanterns a makeover so they match the theme of the wedding.

Posting clips of her spraying the lanterns from bronze to silver, Stacey explained: “So I’m decorating the front door for the wedding.

“I spent today changing all of my Christmas door decorations to wedding theme.

“It’s so great what a bit of paint and some flowers can do and I’ll just jazz them up again ready for autumn.”

She later posted a clip of her and Joe getting excited as the countdown for the wedding started.

In the clip Stacey told her followers: “Everyone’s asleep so we’re having an early night to get ready for wedding month!

“I’m so excited!” Stacey then told Joe: “Literally you’ve got nothing to do. All you’ve got to do is turn up and buy a suit.”

It comes after Stacey and Joe reunited following his wild stag do in Ibiza.

She laughed off his antics, saying: “I caught up on all of the topless, wild girl talking antics.”

Mum-of-four Stacey shared a touching video of him cuddling their son Rex, as she told her followers: “Joe got back yesterday at 4am so we spent the day having cuddles. Rex was so excited.”

The Loose Women presenter had sparked concern amongst her fans as she took a rare break from being online after her soon-to-be other half was spotted chatting to a mystery blonde.

Ex-I’m A Celebrity winner Joe jetted to Ibiza with pals including Dean Gaffney and Stacey’s dad Dave on Friday afternoon.

The Sun revealed he was seen talking to a female party goer, before being spotted with his head in his hands as he chatted to his mates.