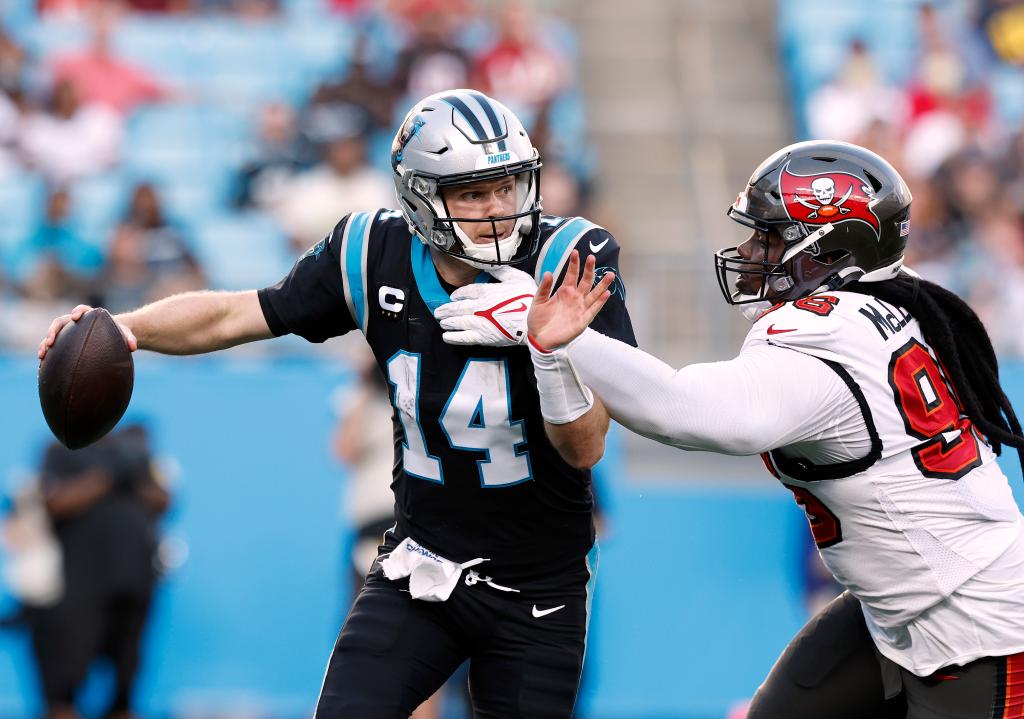 Even though the Panthers just traded for Baker Mayfield, it’s not all bad news for Sam Darnold, at least not yet.

Carolina currently has no intentions of trading Darnold, with The Athletic reporting that the team envisions a competition unfolding for the starting job in training camp. For now, the QB1 spot remains open.

Darnold started 11 games last season for the Panthers after coming over in an offseason trade from the Jets. He threw 13 interceptions compared to just nine touchdowns and missed a month with a shoulder injury.

In April, the Panthers picked up Darnold’s fifth-year player option, which will pay him $18.9 million in fully guaranteed money this upcoming season.

On Wednesday, Carolina acquired Mayfield from the Browns for a conditional 2024 fifth-round pick, with Cleveland obliging to pay half of Mayfield’s $18.9 million salary. Mayfield’s future with the Browns grew tenuous after the team traded for Deshaun Watson, and the Panthers had long been speculated as a potential landing spot.

Carolina’s quarterback room is rife with once highly-touted prospects. Mayfield and Darnold were the first two quarterbacks off the board in the 2018 NFL Draft, picked first and third overall, respectively. Meanwhile, the Panthers also traded up in the 2022 NFL Draft to select Matt Corral out of Ole Miss in the third round.