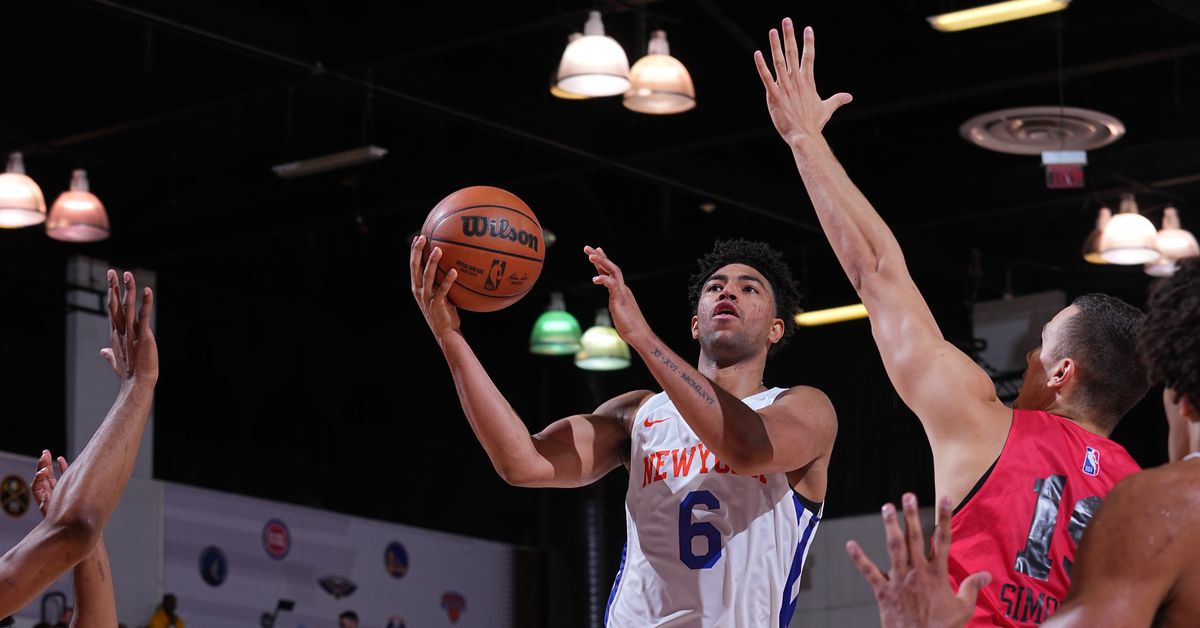 ESPN published an article discussing some potential scenarios for Donovan Mitchell in the event he’s traded away from Salt Lake City. Tim MacMahon was the journalist proposing a trade between Utah and New York, with the Jazz sending Mitchell and Rudy Gay to MSG and the Knicks giving up all of Evan Fournier, Cam Reddish, Obi Toppin, Miles McBride, three first-round picks of their own, Dallas’ 2023 pick (top-10 protected), and Washington’s 2023 pick (top-14 protected).

That is not a wild scenario considering the package that Utah obtained from Minnesota a couple of weeks ago when they sent franchise player Rudy Gobert to the Wolves in exchange for four players and five first-round picks, all of the latter falling in the 2023 to 2029 span.

There is a debate to be had about who should fetch a larger return—Gobert is one of the best defenders in the history of the NBA; Mitchell fits better in the current NBA but has yet to be named to an All-NBA team—but there will be a hefty price attached to Spida for whichever franchise trying to land the young guard.

Tim MacMahon’s trade package differs from the earliest reports published by Shams Charania and Tony Jones over The Athletic on Wednesday, which indicated that “Quentin Grimes is believed to be of interest to Utah, sources said.” The authors later wrote that “sources say the Jazz have made all of their veteran players available in trade talks, and there are no untouchable players currently on the roster.” They also added that “guards Patrick Beverley, Malik Beasley, and Jordan Clarkson have been pursued by teams across the league in recent weeks.” That three-player list didn’t include Rudy Gay, though it’s reasonable to expect Utah to rid themselves of as many bloated contracts as possible and to lower the average age of the team if they move on from Mitchell.

On Thursday, Andy Larsen from The Salt Lake Tribune quoted ESPN’s article on Twitter adding more information to the reports about Utah’s asking price for Mitchell.

From my understanding of what the Jazz are looking for…

You read that right. Larsen’s sources seem to confirm there is interest from the Jazz in second-year man Quentin Grimes, but to that he adds that Utah “wants more picks” than the five already into Tim MacMahon’s proposed deal. That’d mean something like what I have impossibly listed next (remember, no more than two consecutive first-round picks belonging to the same franchise can be traded away in one or multiple deals):

That’s a mad large trade package, but it is looking more and more like it’ll take that (if not more) to acquire the soon-to-be 26-year-old Jazz. New York clearly has the assets—whether that’s draft picks or players—to pull off the trade, but we’ll see how far the front office wants to go to bring Mitchell back home.

Not a lot of information has leaked in the past 24 hours since The Athletic first reported on it, but details are slowly emerging and we’ll keep you updated on anything regarding the now seemingly inevitable arrival of Mitchell in New York given the details we know at this point.