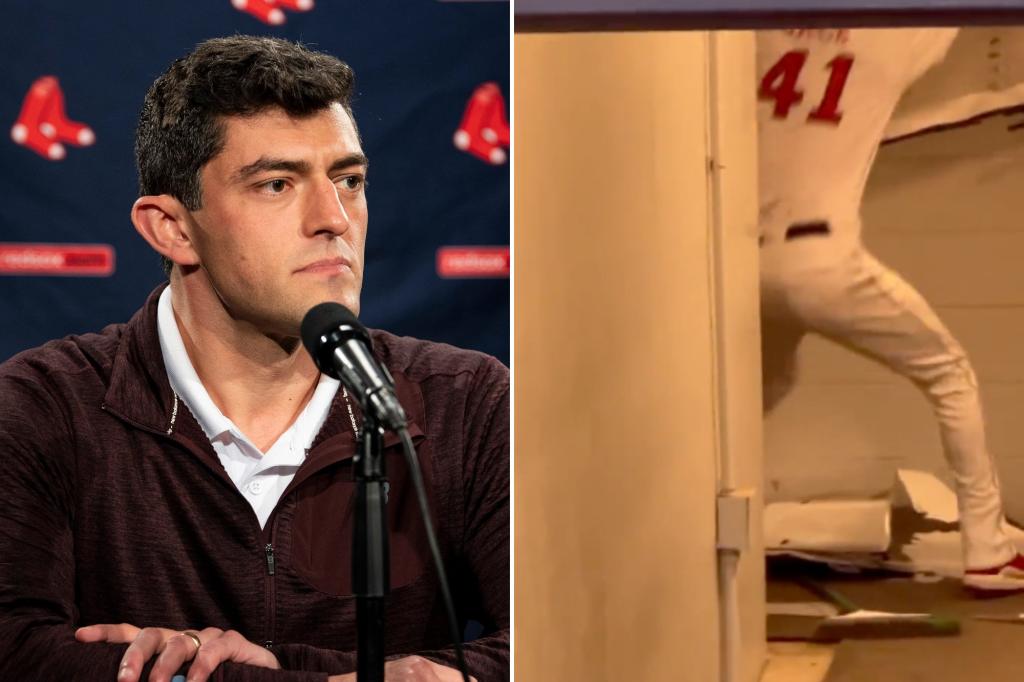 In a radio appearance on WEEI 93.7 Thursday morning, Red Sox’s chief baseball officer Chaim Bloom said that he saw Sale’s since-viral video. And while Bloom maintained that he does not condone property damage, he also reasoned that Sale is a “competitor.”

“That’s who he is,” said Bloom, who went on to compare Sale and former Red Sox slugger David Ortiz. “There are plenty of guys, including somebody we all love who is going into Cooperstown later this month, who has been caught on tape doing stuff like that when they’re frustrated during a ballgame. It happens, it probably happens more than people think and with guys that you might never suspect.

“So it’s never something that we condone, but there’s a lot of passion in this game and when you have someone who himself to as high a standard as Chris does and who cares as much as he does, sometimes that passion is going to express itself in different ways.”

Sale left his rehab start Wednesday night after walking in a run — his fifth free pass of the night — and proceeded to combust in the dugout, violently ripping items off the wall.

Frustration has been a frequent emotion in the past few years for Sale, who has pitched just 42 ⅔ innings with the Red Sox since signing a five-year, $145 million contract extension in March 2019. The 33-year-old has missed time with elbow, inflammation Tommy John surgery and most recently a right rib stress fracture, though he believes he is “ready” for a return to the majors.