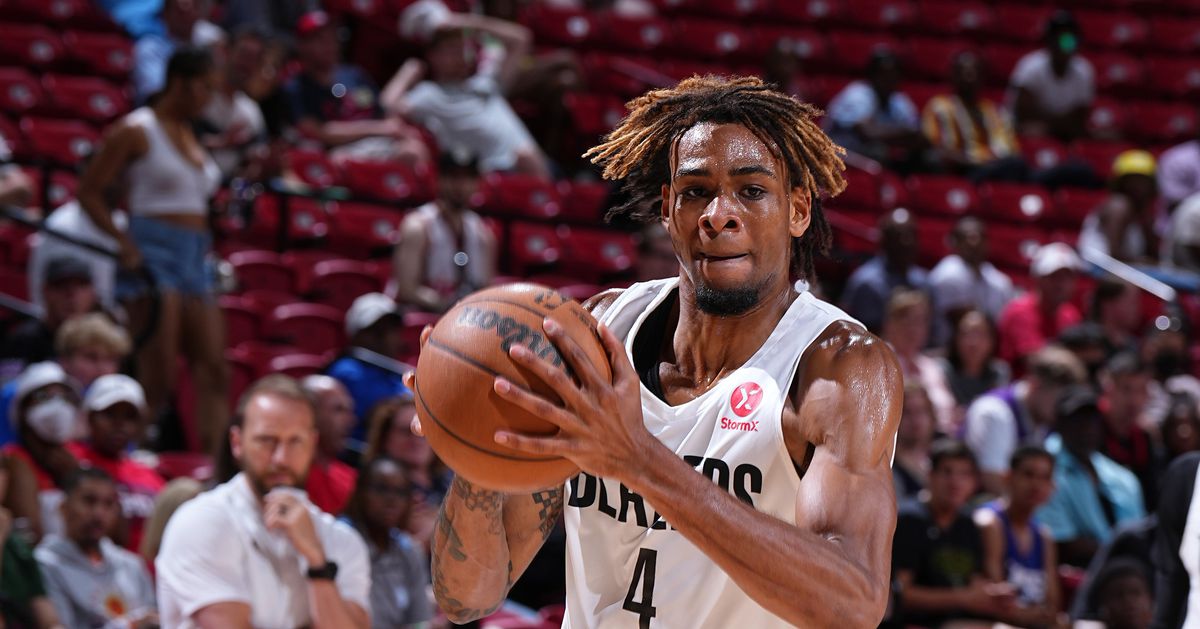 Injuries and defense were the story of the day for the Blazers in their second Vegas Summer League game. Portland’s defense shifted into overdrive, bringing high energy against the overwhelmed Pelicans. After an early lead, New Orleans struggled to find points without rookie Dyson Daniels, who exited in the first half with an injury. The Blazers outscored the Pelicans 31-17 and 23-9 in the second and third quarters, respectively.

The game was dwarfed by the Blazers’ earlier announcement that Shaedon Sharpe suffered a labral tear in his left shoulder. Sharpe, the 7th pick in the 2022 NBA Draft, injured the shoulder against the Detroit Pistons on Thursday, and his recovery timeline is unclear.

This was expected to be a showcase for Sharpe and 8th pick Daniels. But Dyson became the third single-digit pick to suffer an injury at Summer League (the other being Detroit’s Jaden Ivey), rolling his ankle on a drive. The Pelicans looked unmistakably lost after his exit, with some prodding by Portland’s frantic defense.

Pretty much every Blazers player review could be shortened to “didn’t shoot too well, but really worked hard on defense”.

Jabari Walker looks good. For any second-round pick, the hope is that they simply can hold their own at Summer League, and Walker has done just that. He sparked the key 18-point Blazers first half run that flipped the score and broke the open game. He had 12 points, 5 rebounds, 2 assists, a steal and a block in 18 minutes.

Keon Johnson‘s defense led to multiple turnovers, and his offense was fine. Good night for Keon, who may have tweaked his ankle at one point. He filled up the stat sheet with 12 points, 5 rebounds, 2 assists, 2 steals, 1 block, but 3 turnovers.

Greg Brown III‘s performance is reminiscent of last year’s Summer League. Tons of energy, plenty of hops, and always visible. He finished with 7 points (on 2 shot attempts), 4 rebounds, and the usual highlight block.

Didi Louzada was generally visible. He didn’t score, but did have 2 assists and 2 rebounds.

Trendon Watford was the steady, grizzled veteran of the team. Never too high, never too low, and knew where to be on the court. He led the team with a double-double, 17 points and 11 rebounds, plus 5 assists.

The Blazers pick up Monday night against the New York Knicks.