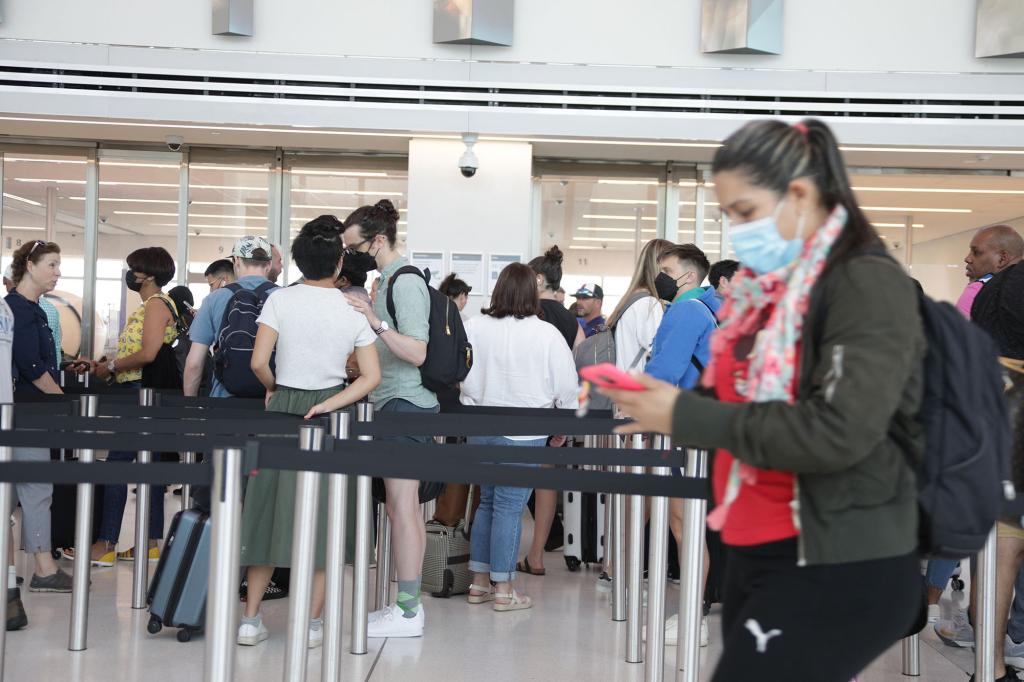 Thousands of flights were delayed or canceled Friday amid airline staff shortages and pilot protests, as experts warned of Fourth of July weekend travel chaos.

More than 4,900 flight delays and nearly 500 cancellations — well above the daily average of 210 scrapped flights — were reported domestically as of Friday evening, according to the airline tracking service FlightAware.

At least 48 million people were expected to hit the road over the holiday weekend, including 3.5 million who plan to fly, as airlines struggled to keep up with the soaring post-pandemic summer-travel boom.

The number of available pilots and flight attendants along with sky-high fuel costs — which hit a national average of $4.84 a gallon Friday — were expected to cause disruptions, according to experts.

Airline-industry experts warned of a possible “airmageddon” as travelers braced for meltdowns at airports.

“There are so many issues combined to create [delays],” airline-industry expert Robert Mann told the Guardian Friday. “The bottom line is that we’re not producing as many pilots as we did in the ’70s and ’80s, when many were coming out of the service post-Vietnam.”

Delta Air Lines pilots, who say they’ve been hit with hefty workloads, picked for higher wages outside airports nationwide Thursday, as the airline canceled more than 400 flights this week.

“If you’ve encountered delays and cancellations recently, I apologize,” Bastian wrote in a letter posted to his LinkedIn page. “We’ve spent years establishing Delta Air Lines as the industry leader in reliability, and though the majority of our flights continue to operate on time, this level of disruption and uncertainty is unacceptable.”

The flight disruptions come amid a spike in summer-travel demand among long-cooped-up Americans, who’ve suffered through years of COVID-19-thwarted vacations.

Airlines received $54 billion in relief funds during the pandemic and federal officials including Transportation Secretary Pete Buttigieg have questioned why they appear ill-prepared for the post-pandemic travel demand.

On Wednesday, Delta warned of “potentially challenging” flight disruptions due to a surge in travelers, saying it would allow customers to rebook their flights from July 1 through 4 without fare differences or fees.