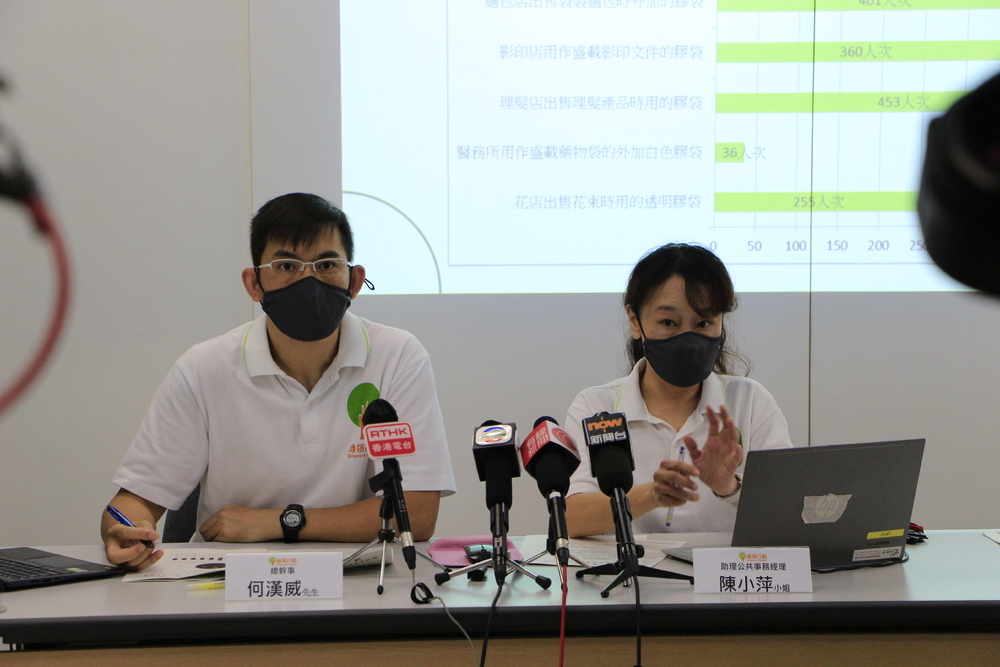 The charge for one plastic bag should be increased to at least HK$2 rather than a suggested HK$1 to reduce waste at source, environment group Greeners Action suggests after estimating that 50 local supermarkets it inspected will give out over 170 million plastic bags a year.

And Greeners found in a survey that only 21 percent of 771 respondents would reduce their use of plastic bags if the levy was increased to HK$1.

Also found in the survey held between June 21 and 27 was that 45 percent had taken at least one plastic bag when they went shopping at supermarkets in the previous month.

The survey further found that 75 percent would agree to a charge of HK$2 or more. And 41 percent expect a levy of HK$5 or more.

Officials submitted an amendment to a bill at the Legislative Council last month to raise the levy on plastic bags from 50 HK cents to HK$1 starting from December 31.

The green group cited the results of a public consultation by the Council for Sustainable Development on raising the plastic bag levy, with the average expectation for HK$2.2.

Greeners Action accused officials of ignoring suggestions on plastic bag charges, with a levy of HK$1 being the minimum suggested by the Council for Sustainable Development.

Greeners Action’s checks at 50 supermarkets and the 170-million-bag expectation came from inspections from June 13 to 23 and inspectors staying in each supermarket for around 30 minutes to observe habits.

Among the calculations arising from the inspection process was that 694 supermarkets would give out 437 million plastic bags a year, which would cover 125 Victoria Parks.

Greeners Action also found that signs in supermarkets saying “Reduce plastic bag use” were not effective. Some supermarket staff gave out bags freely.

“The encouragement from supermarket staff and the absence of enforcement will make a plastic bag levy a paper tiger,” said Greeners’ executive director Ho Hon-wai.