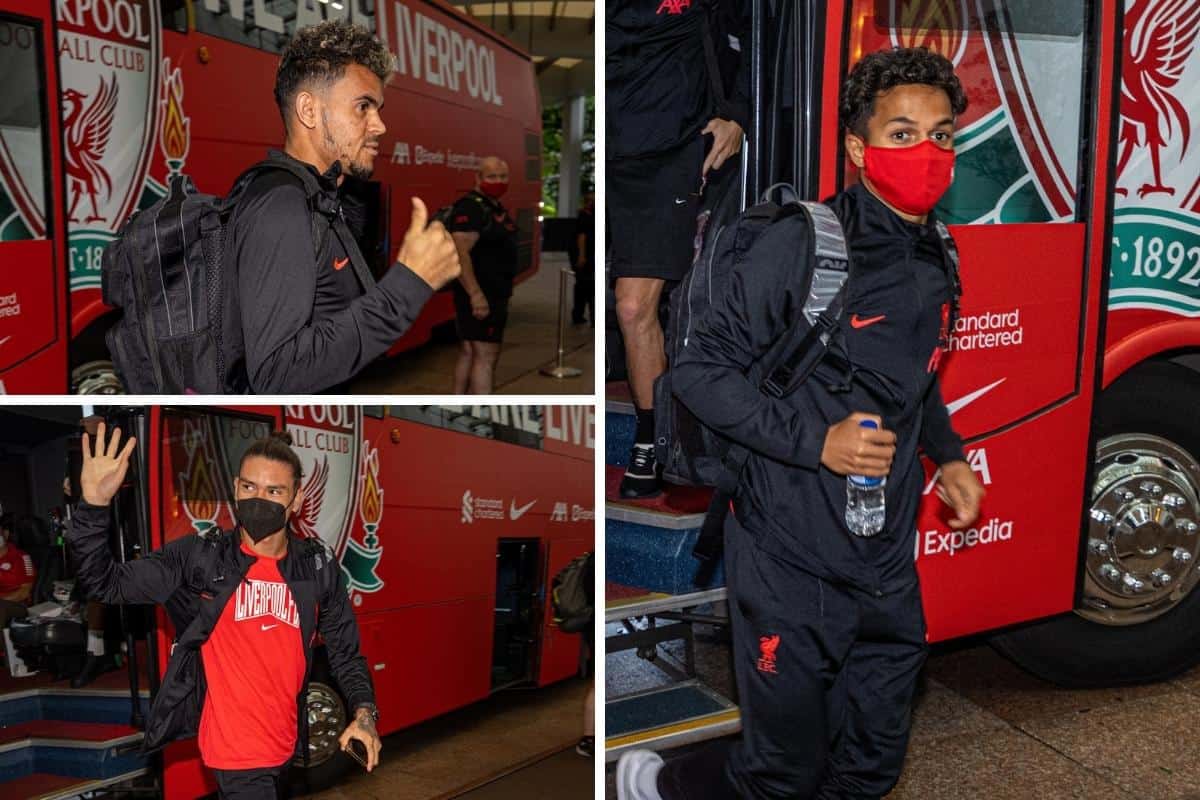 Liverpool have landed in Singapore for the second leg of their pre-season tour, with Jurgen Klopp and his players given a warm reception on their arrival.

The Reds are set to take on Crystal Palace in their next friendly on Friday, and will take in a few days around Singapore as they continue their preparations for 2022/23.

It was a relatively short flight from Bangkok, where they played out their opening friendly of the summer against Man United the day previous.

Large groups of supporters were in attendance at the Ritz-Carlton Hotel to welcome Klopp and his players back to Singapore.

The squad on the team bus in the early evening, with Klopp all smiles as he stepped off to cheers and waves.

New signings Darwin Nunez and Fabio Carvalho, along with Luis Diaz, were among those given a loud reception from the fans waiting outside.

Those watching on were greeted fondly by Roberto Firmino and Mohamed Salah, who were both part of the squad for the last tour of Asia in 2017.

Jordan Henderson and Alisson were also seen disembarking, with the pair looking to build up their match fitness in the upcoming clash with Palace.

Liverpool have enjoyed a positive time on tour so far, with the backing of the supporters overseas clearly boosting spirits during a demanding schedule.

Virgil van Dijk was among those to pay tribute to the fans in Thailand ahead of Liverpool’s flight to Singapore.

“I have genuinely enjoyed every minute of being here. Hope to see you guys back here in the future or at Anfield!”