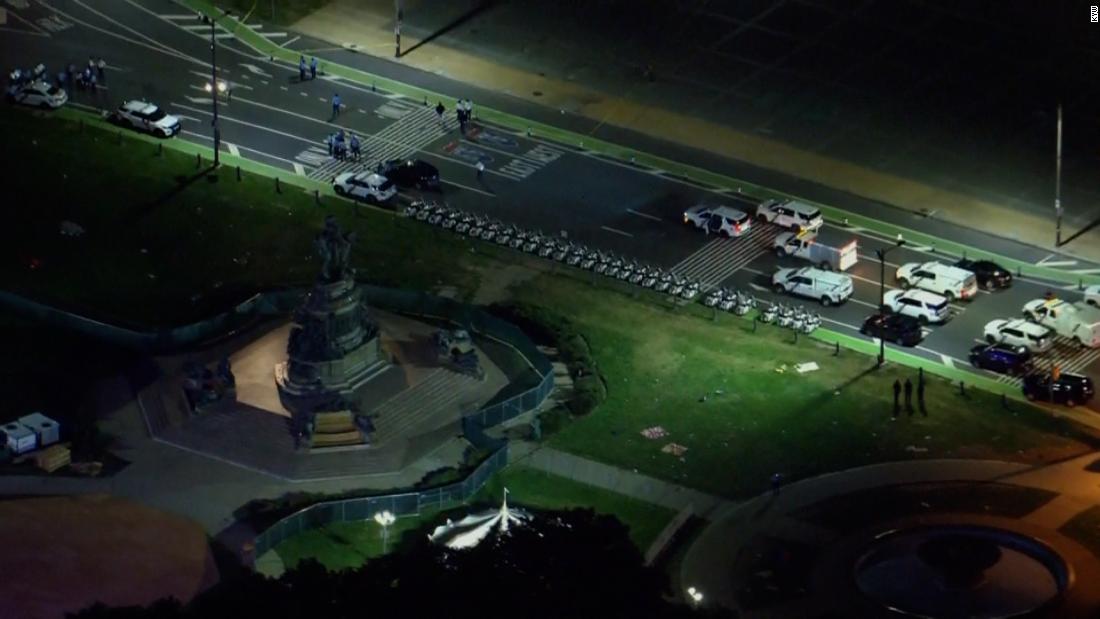 Both officers were providing security at a July Fourth concert on the Benjamin Franklin Parkway when shots were fired around 9:47 pm, just before the fireworks went off, Outlaw said.

Neither officer heard the gunshots before they were hit, she added.

The officers were taken to Jefferson University Hospital, treated and discharged, Outlaw said.

Social media video of the incident, apparently filmed from a nearby building, shows large crowds of people running along Benjamin Franklin Parkway, as lights from police cars and emergency vehicles flash in the street.

There have been no arrests so far, and no suspects in custody. Police said they are following several leads, and are asking members of the public to come forward if they have any information regarding the shooting or video capturing what happened.

Philadelphia Mayor Jim Kenney said the day had been “laid back, chilled,” with good weather and an enjoyable concert.

“If I had the ability to take care of guns, I would. But the legislature won’t let us, the US Congress won’t let us,” he added. “This is a gun country.”

Philadelphia Police are advising people who are looking to reunite with loved ones on the parkway to meet at the Free Library of Philadelphia. All others were asked to avoid the area.

This is a developing story and will be updated.