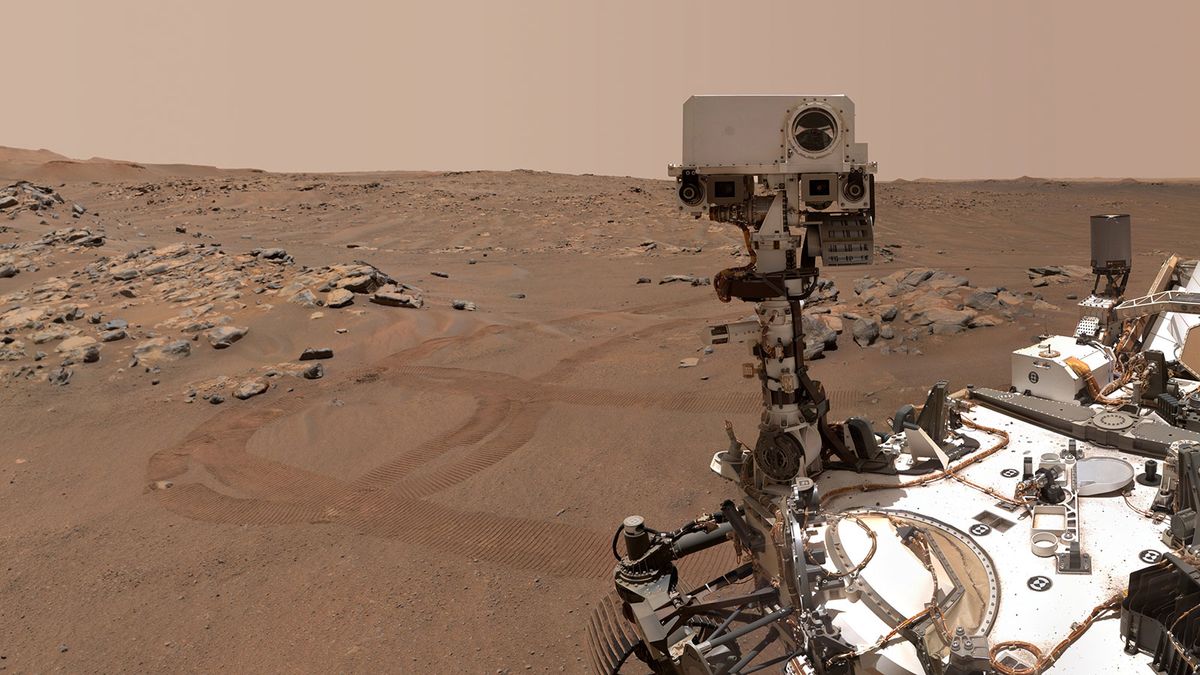 Mars can be an awfully windy place, it turns out.

The Perseverance rover touched down on the Red Planet in February 2021 carrying, among other instruments, a weather station dubbed Mars Environmental Dynamics Analyzer (MEDA). That instrument includes two wind sensors that measure speed and direction, among several other sensors that provide weather metrics such as humidity, radiation and air temperature.

“Right now, the sensor is diminished in its capabilities, but it still provides speed and directional magnitudes,” Rodriguez Manfredi, a scientist at the Spanish Astrobiology Center in Madrid, wrote in an e-mail. “The whole team is now re-tuning the retrieval procedure to get more accuracy from the undamaged detector readings.”

The two approximately ruler-sized wind sensors on Perseverance are encircled by six individual detectors that aim to give accurate readings from any direction, according to materials (opens in new tab) from NASA’s Jet Propulsion Laboratory in California, which manages the rover.

Each of the two main wind sensors is attached to a boom that can unfold to move the sensors away from the rover as it drives, because the car-sized Perseverance does affect wind currents by its own movements through the thin Martian atmosphere, JPL officials stated .

Like all instruments on Perseverance, the wind sensor was designed with redundancy and protection in mind, Rodriguez Manfredi noted. “But of course, there is a limit to everything.”

And for an instrument like MEDA, the limit is more challenging, since the sensors must be exposed to environmental conditions in order to record wind parameters. But when stronger-than-anticipated winds lifted larger pebbles than expected, the combination resulted in damage to some of the detector elements.

“Neither the predictions nor the experience we had from previous missions foresaw such strong winds, nor so much loose material of that nature,” Rodriguez Manfredi said. (He is also principal investigator of another temperature and wind sensor on the NASA InSight lander, on the Red Planet since November 2018 and expected to end its mission this year.)

He added it was ironic that the sensors were damaged by wind, or “precisely by what we went looking for.”

Perseverance landed on Mars on Feb. 18, 2021, and, along with a helicopter called Ingenuity, is exploring an ancient river delta that may have been rich in microbes billions of years ago.

Besides measuring wind, weather and rock composition, the rover is picking up the most promising material to cache for a future sample return-mission aiming to send samples to Earth in the 2030s.