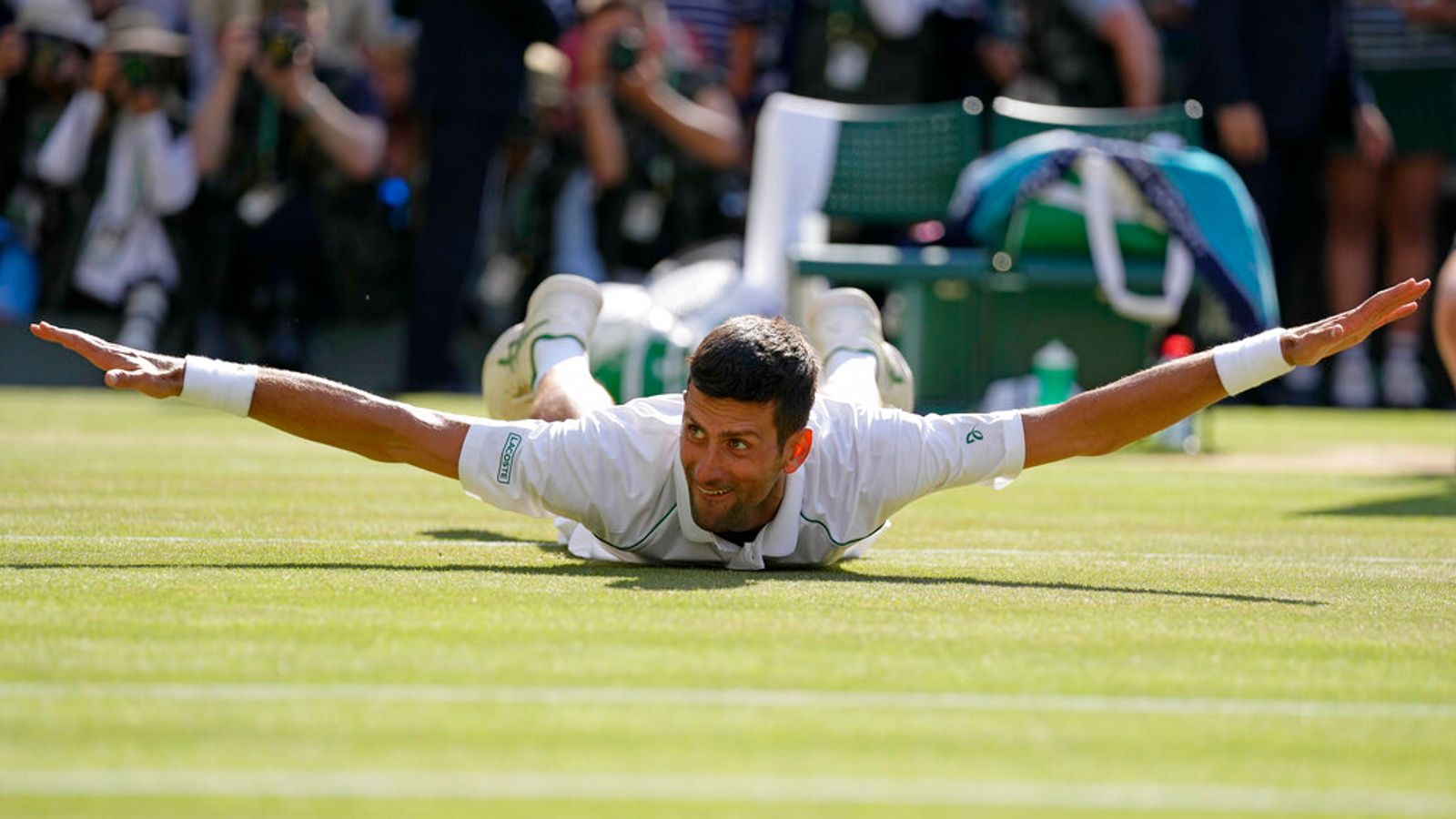 Novak Djokovic has won his seventh Wimbledon title after beating Nick Kyrgios in a closely fought and at times fraught men’s singles final.

“It always has been and will be the most special tournament in my heart.”

Djokovic has now won seven of the last 11 championships at the All England Club, equaling Pete Sampras’ tally and just one short of Roger Federer’s record.

Realizing his childhood dream of winning the trophy “gets more and more meaningful and special” each time, Djokovic added.

During the match Kyrgios began to lose his cool as the score turned in Djokovic’s favour, earning a code violation for swearing.

He complained bitterly to the umpire about a “drunk” woman in the crowd, whom he claimed was calling out to him during play.

Djokovic, who won the three previous tournaments at SW19, remained calm as his Australian opponent shouted at his team and the umpire.

Presented with the runners-up trophy by the Duchess of Cambridge, Kyrgios said of Djokovic: “He’s a bit of a god. I thought I played well.”

He added: “To all the ball kids, umpires – I know we have a tough relationship – thank you for putting up with me. And the crowd have been amazing.”

Days before the final, Kyrgios, 27, was charged with assaulting his former girlfriend.

This tournament is the first time the unseeded player had got beyond the quarter-finals at a Grand Slam tournament.

The Duchess and Duke of Cambridge and their son Prince George had been watching in the crowd on Center Court.

Djokovic told his opponent: “You’ll be back. Not just Wimbledon but in finals.

“I know it’s tough to find… consolation words after a tough loss like this, but… you showed why you deserve to be one of the best players in the world.”