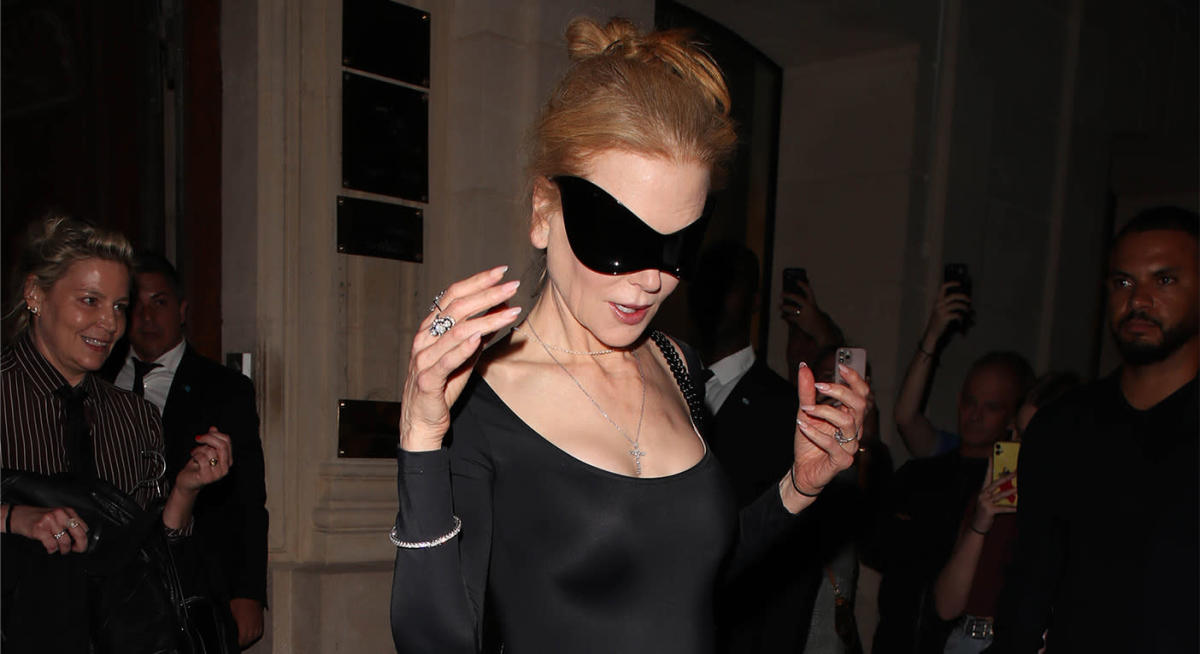 Nicole Kidman took a leaf out of Kim Kardashian’s book as she donned what looked like a bizarre black eye mask in Paris, previously worn by the reality TV star.

The Eyes Wide Shut actor, 55, sported the Catwoman-style eyewear as she left a Balenciaga fitting as she’s in the French capital for Paris Haute Couture Fashion Week.

Kidman teamed the huge bow-tie shaped unusual eyewear with a relaxed look made up of a figure-hugging scoop-neck bodysuit with long sleeves, and larger-than-life baggy jeans.

The bizarre eyepiece is actually a pair of sunglasses from the French fashion brand Balenciaga, which covers the majority of Kidman’s face as she left a fitting with the brand.

The Big Little Lies star accessorised with a layered cross necklace and simple elegant chain, and added bracelet and rings to her immaculately manicured hands.

Read more: Nicole Kidman shares how her pale skin was the unlikely reason she got into acting

A pair of pointed-heel court shoes and a black leather clutch bag completed the look.

A close friend of the brand, and its creative director Demna Gvasalia, Kardashian is often in the latest outfits by the avant-garde fashion house, leading fans to wonder what role Kidman might have in any future campaigns.

With the Balenciaga Haute Couture show scheduled for Wednesday, who knows what other unusual ensembles are yet to come from the two famous fashionistas.