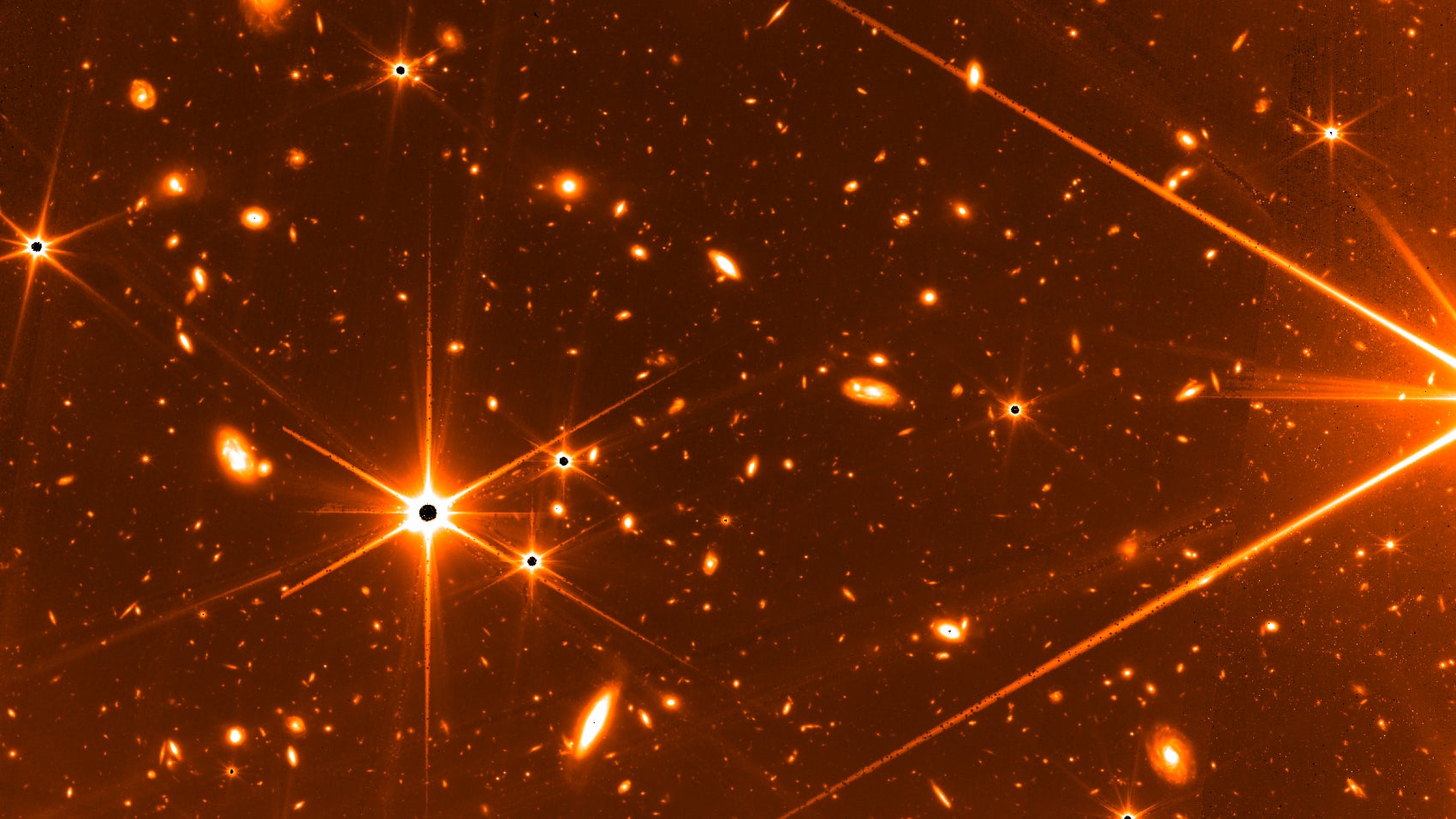 As the world begins the countdown for the release of the first images from the James Webb telescope, NASA has, in pure theatrical fashion, decided to give a tiny teaser image to help with the anticipation — and the results already look spectacular!

While being somewhat “rough around the edges”, this is one of the deepest images of the universe ever taken, according to Webb scientists. Bright stars stand proudly out in the image, characterised by their six long and sharp diffraction spikes (an effect due to Webb’s mirror configuration), while galaxies pitter-pitter in their cosmic dance beyond them.

This image cannot be studied to determine the age of these space structures as color filters weren’t used in the imaging process, but it still provides a remarkably stunning view into the cosmos.

According to NASA, this image was somewhat unplanned, because they did not think the telescope would be able to pull it off. The space agency did not think there would be enough communication bandwidth to transmit imagery between Earth and L2 — L2 being a point in space 1.5 million kilometers away and the home of the Webb telescope, as it provides a clear view of deep space.

However, when they began the week-long stability test, the telescope outdid itself, which allowed the creation of this picture using 72 exposures over 32 hours. Its existence is just another testament to the sheer might of the JWST.

“With the Webb telescope achieving better than expected image quality, early in commissioning, we intentionally defocused the guides by a small amount to help ensure they meet their performance requirements. When this image was taken, I was thrilled to clearly see all the detailed structure in these faint galaxies,” said Neil Rowlands, program scientist for Webb’s Fine Guidance Sensor, at Honeywell Aerospace.

“Given what we now know is possible with deep broad-band guider images, perhaps such images, taken in parallel with other observations where feasible, could prove scientifically useful in the future.”

The James Webb Space Telescope (JWST) is the most powerful telescope to ever be launched into space and represents the culmination of human knowledge up to this point. The JWST was launched in December 2021 and will enable investigation into the formation of the first stars and galaxies — essentially giving us a time machine-esque glimpse into the past.

For weather, science, space, and COVID-19 updates on the go, download The Weather Channel App (on Android and iOS store). It’s free!