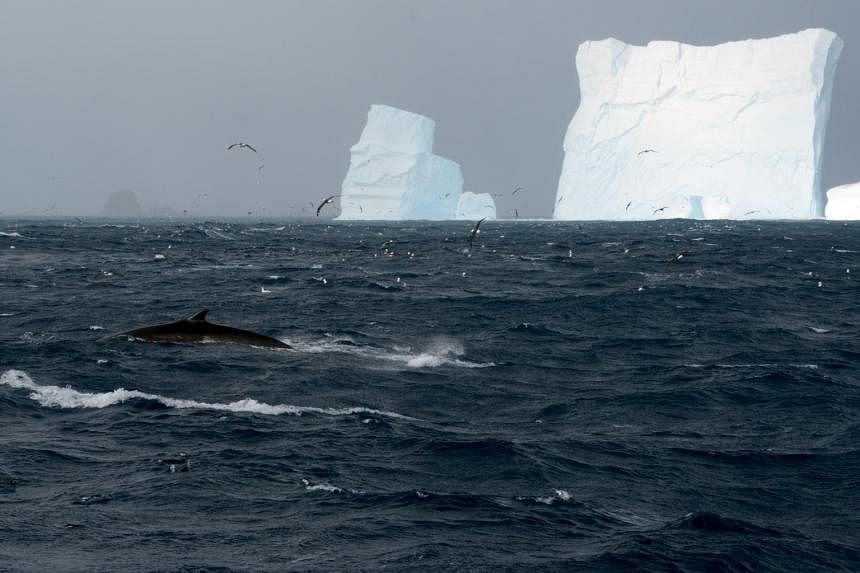 SINGAPORE – At the bottom of the world is the wild Southern Ocean, where huge seas are whipped up by westerly winds with names such as the Roaring Forties and the Furious Fifties.

But as remote and inhospitable as the freezing Southern Ocean might seem, it plays an outsized role in regulating global climate and making life on Earth possible by acting as a huge heat sink and moderating the impacts of global warming.

It also soaks up large amounts of carbon dioxide, the main greenhouse gas.

Oceans absorb about 90 per cent of the excess heat caused by the man-made climate change – the Southern Ocean being for absorbing most of it.

But a study published on June 28 in the journal Nature Climate Change said climate change could cause the Southern Ocean to absorb less heat, allowing more to remain in the atmosphere.

“This would contribute to an increase in the rate of global warming,” said co-author Dr Agus Santoso of the Climate Change Research Center at the University of New South Wales in Sydney.

Dr Santoso and an international group of researchers led by Dr Guojian Wang of the Center for Southern Hemisphere Oceans Research in Hobart used computer models to investigate how the Southern Ocean might be affected by changes in the frequency and intensity of the El Nino-Southern Oscillation ( Enso), a naturally occurring Pacific Ocean phenomenon that has major impacts on the world’s weather.

Enso comprises the El Nino warm phase and La Nina cool phase. These are periodic events, with El Ninos usually having a stronger influence but lasting only a year or so while La Ninas can last longer, sometimes up to two years. The latest La Nina, which started in 2020, has only just ended.

El Nino is a warming of the ocean surface in the central and eastern tropical Pacific Ocean. This triggers heavy rain in parts of South America and dry, hotter weather in South-east Asia and Australia. Strong El Ninos typically lead to a spike in global temperatures.

La Ninas lead to a cooling of the waters off equatorial South America and a strengthening of the winds blowing towards East Asia, piling up warmer water around the region and triggering cooler and wetter weather.

The concern is the impact climate change will have on Enso events and what this means for the wind and ocean circulation patterns in the Southern Ocean.

Dr Wang told The Straits Times that if this increase in Enso intensity occurs in the future, “it would lead to reduced efficacy in Southern Ocean heat uptake with more heat retained in the atmosphere, and make our future world even hotter”.