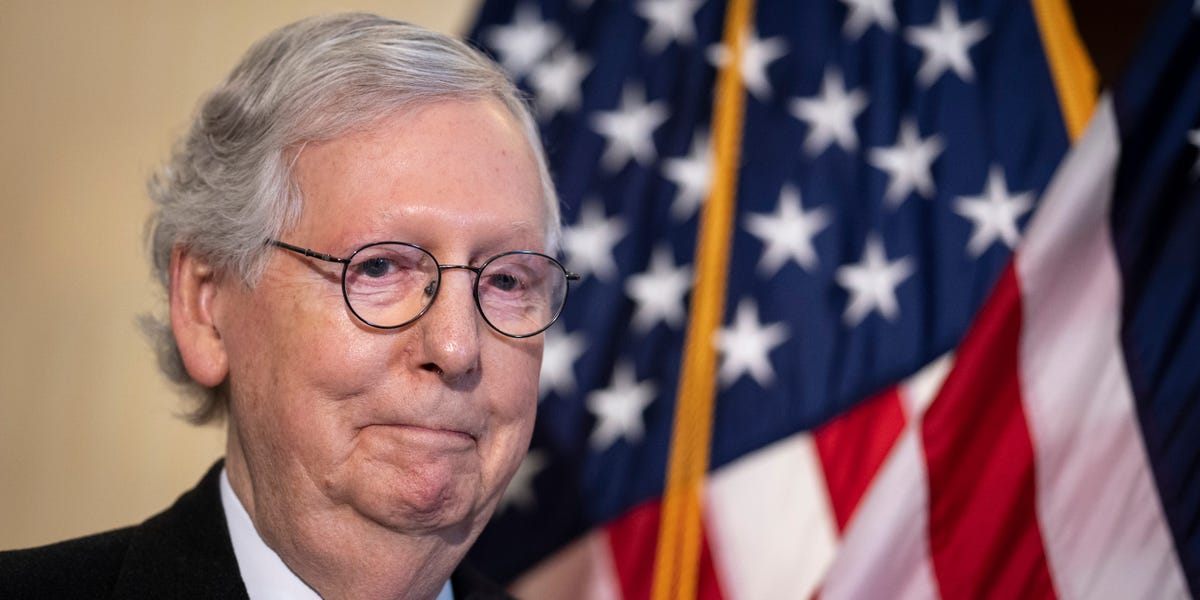 For over a year, lawmakers and businesses have been bemoaning how hard it is to find workers.

Senate Minority Leader Mitch McConnell offered his own labor-shortage theory at an event in Paducah, Kentucky, on Tuesday.

“You’ve got a whole lot of people sitting on the sidelines because, frankly, they’re flush for the moment,” the Kentucky Republican said. “What we’ve got to hope is once they run out of money, they’ll start concluding it’s better to work than not to work.”

Many Americans were able to build their savings during the pandemic, thanks to several federal rescue packages. Moody’s Analytics estimates that households built up an extra cash cushion totaling $2.6 trillion from the beginning of the pandemic through the end of 2021.

McConnell opposed President Joe Biden’s stimulus law, which passed with only Democratic votes in March 2021 after two previous rescue packages approved by the Trump administration. Republicans have long blamed that $1400 direct payment to Americans for worsening inflation and helping keep people out of the workforce.

Economists have identified a multitude of reasons for the labor shortage: People moved away from locations with open positions; parents haven’t been able to return to work as they deal with ongoing pandemic uncertainty; And the open roles might not be the right fit — in terms of skills or pay — for people looking to switch jobs.

These reasons suggest possible solutions other than McConnell’s plan to wait out savings. Businesses could offer higher wages and more flexible workplaces, and even tweak job descriptions and requirements to attract a larger pool of potential employees.

In the meantime, the labor market has seen a robust recovery, with jobs set to fully recover by this summer. The employment-population ratio for Americans ages 25 to 54 — considered prime age for employment — has crept above July 2019 levels, according to data from the St. Louis Federal Reserve. Unemployment sits at a historic low of 3.6%.

Over the past two years, Americans have been quitting jobs at near-record rates, but hiring and job openings remain strong. That indicates that many people are quitting for higher-paying jobs, especially in low-wage industries and the service sector — which seems to have struggled the most to hire and retain workers.

Kentucky, McConnell’s home state, was briefly the epicenter of the Great Resignation. The sheer number of workers quitting and leaving the workforce was powered by structural pandemic conditions that existed long before the and were exacerbated by COVID-19. That includes lack of affordable childcare, a low minimum wage, and worries over safety during a still-raging pandemic.

Moody’s said in June that Americans had begun to draw down their savings with prices rising at their fastest pace in four decades.