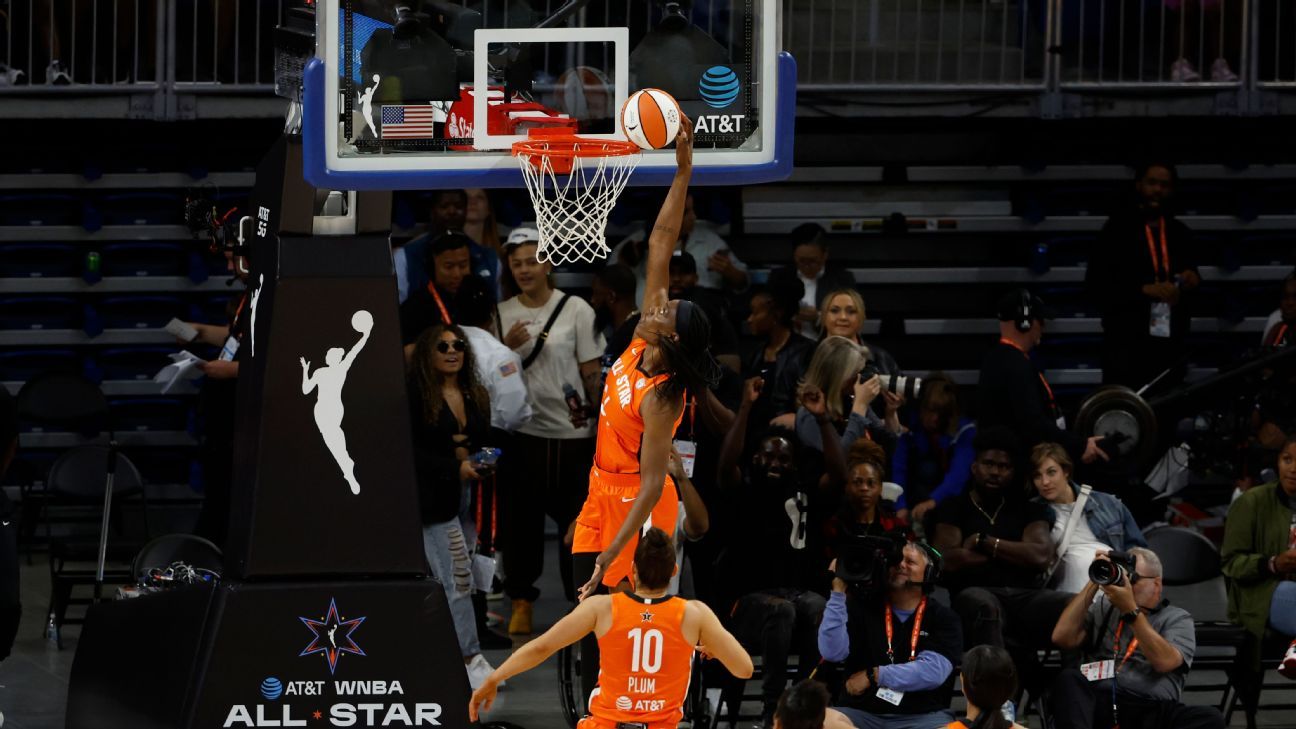 WNBA legend Sylvia Fowls stole the show in the first half of the 2022 All-Star Game when she dunked on a breakaway opportunity, much to the delight of the crowd of over 9,500 packed into Wintrust Arena.

Fowls — who spent the beginning of her career with the Chicago Sky before joining the Minnesota Lynx in 2015, with whom she won two championships — was embraced by her teammates on Team Wilson, which beat Team Stewart 134-112.

“I think I just heard the momentum of the crowd,” Fowls said of her decision to dunk. “It was just in the moment. I didn’t really think about it.”

Fowls, who announced prior to the season this will be her final one in the WNBA, now has a dunk in the first and last All-Star Games of her career. The previous one came in 2009.

“Now her nickname is Sylvia ‘Tom Brady’ Fowls because now she’s gonna come back another year,” fellow Team Wilson member Candace Parker said. “You can’t dunk and not come back.”

Fowls and fellow soon-to-be retired Sue Bird were co-captains and starters as they made their eighth and 13th All-Star appearances, respectively, and were honored midgame for their contributions to the sport.

A four-time Defensive Player of the Year and the 2017 league MVP, Fowls got the scoring going with the first points of the game, a 3-pointer. The WNBA’s all-time leading rebounder, Fowles had attempted only one 3 in her WNBA career entering the game.

Parker revealed postgame that Team Wilson drew up the play specifically for Fowls to start things out.

“Get out your comfort zone a little bit, having fun,” Fowles said. “That’s what’s most important about this weekend.”

Fowls and Bird exited the game with 2:10 remaining to a standing ovation from the crowd.

“I think I appreciate the love that I’m getting, which is kind of weird because I always shy away from it,” Fowles said. “But it’s been comforting knowing that people do appreciate the things that I’ve done throughout my last 15 years in this league, and I’m looking forward to doing things in the WNBA when I’m done.”