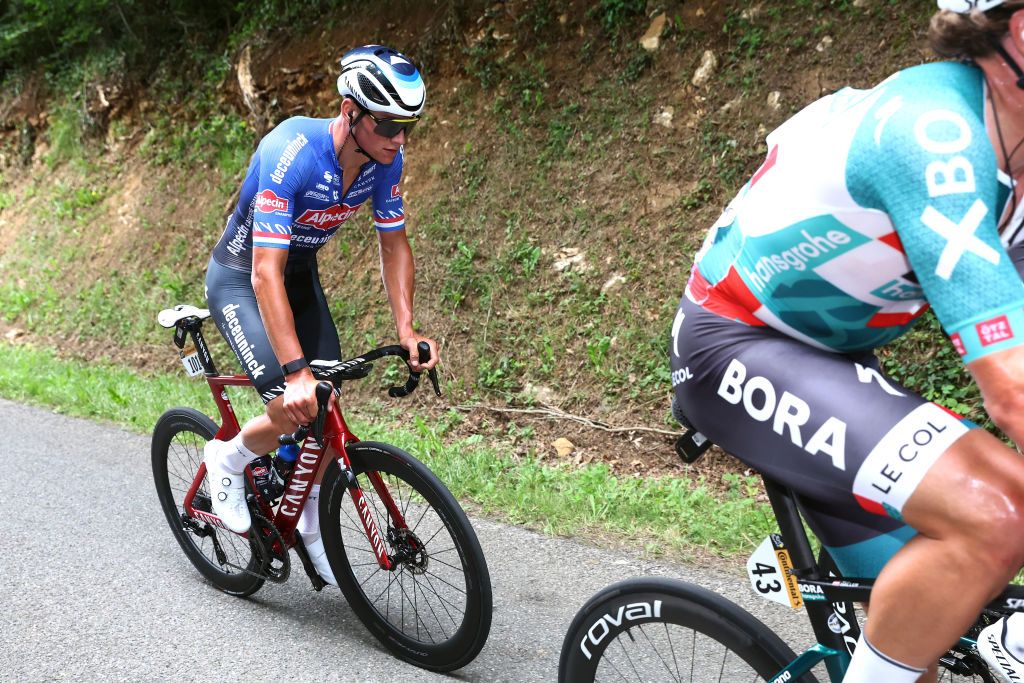 Mathieu van der Poel has suggested he will abandon the Tour de France if he doesn’t soon show signs of improvement after a long day of suffering on the road to Longwy.

The Dutch star has been below his swashbuckling best at this tour, and his troubles have intensified in the past couple of days. After placing the fifth in the opening time trial and then helping to set up sprints for Jasper Philipsen, Van der Poel was expected to come to the fore on the cobbles on Wednesday, but fell away with nearly 50km remaining.

On Thursday, things deteriorated further, as Van der Poel briefly lost contact with the peloton during a frantic start to stage 6. He spent the rest of the day at the very back of the peloton, hanging on.

“It was a very long day for me,” Van der Poel said, according to Dutch broadcaster NOS. “I considered giving up several times. It was not a nice day and I have nothing to add to that.

There is a general sense of confusion as to the cause of Van der Poel’s travails. His father, Adrie, has indicated that he was tested negative for COVID-19 on Thursday.

Van der Poel started the Tour de France on the back of the Giro d’Italia. It was the first Grand Tour he’d finished in his career.

“We knew that the Giro and the Tour would not be an easy combination, but I didn’t expect such a setback either,” Van der Poel said.

His father wondered whether the month-long gap between the two events was handled as well as it could have been. Van der Poel took a short break before ramping up his training again via an altitude camp in Italy, without racing in the interim.

“Is that the mistake, if a mistake has been made?” Alpecin-Fenix ​​director Christoph Roodhooft said to NOS. “We tried to do the best we could, but at the moment it’s not working as expected.

“We knew he wasn’t top when we got to the Tour, but we had the idea that after a few quiet days he would get a better feeling on the bike.”

“But one thing follows the other, of course. Bad riding also affects his morale. In the long run you then find yourself in a vicious circle. Why that is so difficult to put your finger on.”

The question now is how long Van der Poel continues to suffer through this Tour de France. His instinct is to carry on, but suggested he might abandon on Friday if there is no chance.

“I’ll keep trying, against my better judgment. I hope for improvement,” he said. “If I had stopped [on Thursday]then I might have regretted it after two days of sitting at home.

“I want to continue for a while. But if it goes like this tomorrow, I don’t think I will hang on for another day. This is also of no use. If you are among the first dropped on a flat stage, something is not right, of course.”