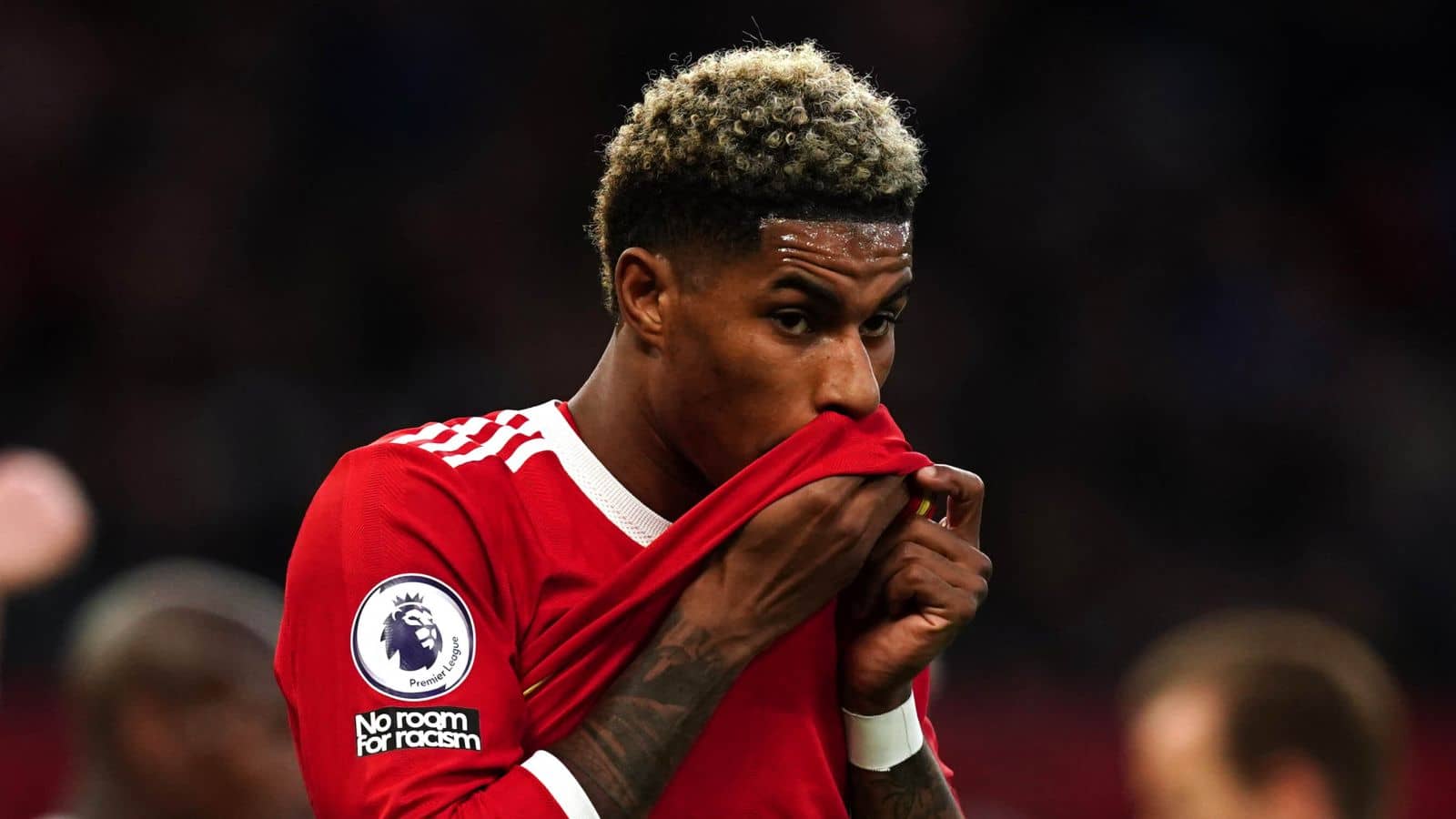 Marcus Rashford merely needs to be reminded of his importance to Manchester United to rediscover his best form, according to Dwight Yorke.

Rashford endured a tough time in the 2021-22 season. After missing a penalty for England in the Euro 2020 final, he went on to only score four Premier League goals from 25 appearances in the competition.

It was the lowest tally from a single season of his career yet. Even when he was an emerging teenager in his first couple of years as a professional, he managed more.

Still only 24, the onus is now on Rashford to show what he is really capable of. One man who still has faith that he can succeed at Manchester United is the club’s former striker Yorke.

Indeed, the 50-year-old believes Rashford remains one of the club’s best players. However, it is up to new manager Erik ten Hag to convince him that.

Yorke told ManUtd.com: “Listen, I’m going to tell you as it is. I’m a huge fan. As I’ve said, I spent some time around the club and watched training very close. Marcus, for me, is one of the best players at Manchester United.

“As a coach now, a head coach, I’d be saying to him he will be playing. I remember my time at Aston Villa, when Brian Little came in. I was around 24 and he put his arm around me and said: ‘Listen, you are my guy, my go-to guy’.

“When I look at what Rashford brings to the team, he’s a local lad for starters and has been at the club ever since [he was a kid]. He is very passionate about the club. He is quick, fast, can jink past defenders, he can score, he can create.

“I think we’ve got a player there who somehow needs a little bit of love and attention and also needs to hear the correct words, as to you are in that team, you are one of my main guys.”

“I’m just amazed he’s not in a good place for some reason and that’s part of the manager’s job, to make sure he gets him back playing the kind of football I know Marcus can produce. It’s just incredible.

“What I would be doing if I was Erik would be saying to Marcus: you are my guy; let’s get going again. Show him some trust and believe in him. I am sure he will be producing the goods I know that he is capable of.”

The weeks ahead will be important for Rashford to stake his claim for a place in Ten Hag’s thinking for the upcoming season.

But Yorke is adamant Rashford will be performing well in training and pre-season matches – and later what is to come in the 2022-23 campaign.

He concluded: “What Rashford is going through is not anything like what any other player has been through. He just needs to get his head right and also needs to be told he is very much part of Manchester United.

“He’s ready to rock and roll this season; he looks in terrific form and I’ve seen him doing little bits in the off-season training, looking really focused and I see someone determined to do well. He just needs, as I say, a little bit of trust and belief in him.

“I have no doubt you will probably see the best out of Marcus Rashford this season.”

United’s number 10 has scored 93 goals from 302 games for the club across his career so far.