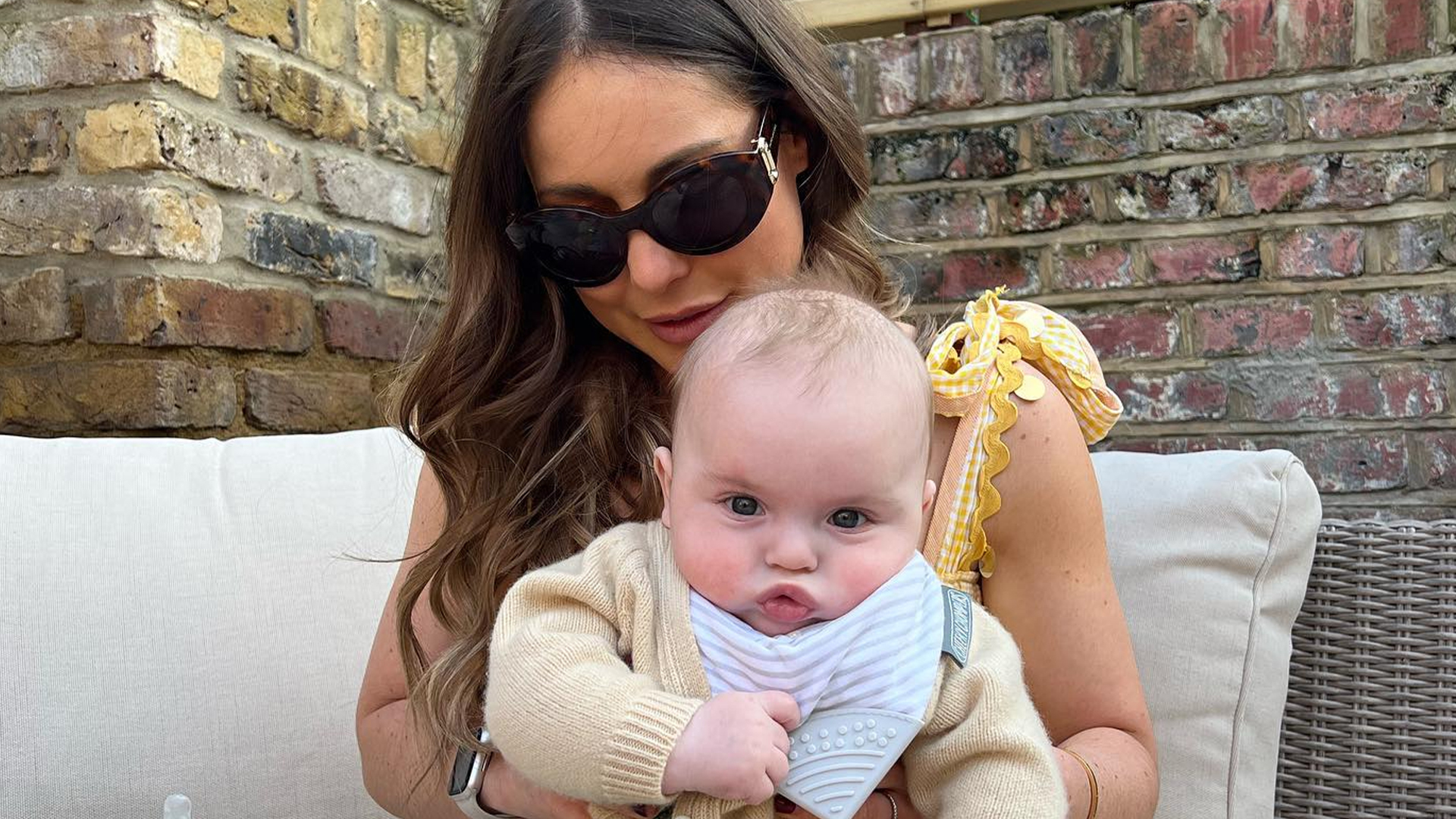 LOUISE Thompson has returned to Instagram after her hospital dash earlier this week.

It comes after the Made in Chelsea star, 31, worried fans after posting a picture of herself looking sad on Instagram writing: “I just want someone to fix me.”

Louise – who has been honest and open about her struggles since having her first child in 2021 – added: “My poor body and brain are all over the place.”

After her alarming post her fiance Ryan Libbey told her fans that she had gone to hospital, explaining that she had received “alarming” test results and said he was “devastated”.

Yesterday Louise took to Instagram to thank fans for their lovely messages.

And today she posted some adorable videos of her son Leo on her story.

In one clip that tot can be seen with a remote in his mouth, and Louise joked: “You are not a dog.”

Then the next video saw him looking cuter than ever in a blue and white gingham romper whilst playing with the device.

She added: “BUT you will share a love of outdoors instead of screen time.”

Yesterday Louise broke her silence after she was rushed to hospital to reveal that she’s in therapy.

The E4 reality favorite took to her Instagram to update her fans on her health after she opened up about her terrifying health battle.

Louise was rushed to hospital again earlier this week after she nearly died during a complicated child birth last year.

Cuddling up to her sweet puppy on her Instagram stories, she wrote to her fans: “Than you so much for your well-wishes.

“So many kind messages. I saw a very reassuring doctor last night and I’m going to start biologics very soon.

“Started this morning with a therapy session over in Fitzrovia which was good. Hopefully I’m finally ready to do some good old fashioned talking therapy.”

The star had a traumatic birth with her first child, baby boy Leo, which saw her teeth and gums turn black.

After her latest post, Louise added to her fans: “When I spoke to my psychiatrist she told me to make sure that any physical health doctors I see take my seriously concerns.

“I don’t want to just be labeled as ‘mentally unwell’ – I feel that I’m often overlooked.

“I just got some recent blood test results back that I had to pay for privately and my iron and haemoglobin levels are low which is incredibly triggering.

“To be honest quite a few of them are either too high or too low which I find incredibly triggering too.”

She confessed she was feeling “mentally unwell” shortly after Leo’s birth in December – and sought help soon after.

Louise later opened up on how she’d been coping with PTSD following her experience with child birth and confessed she cried 20 times in one week.