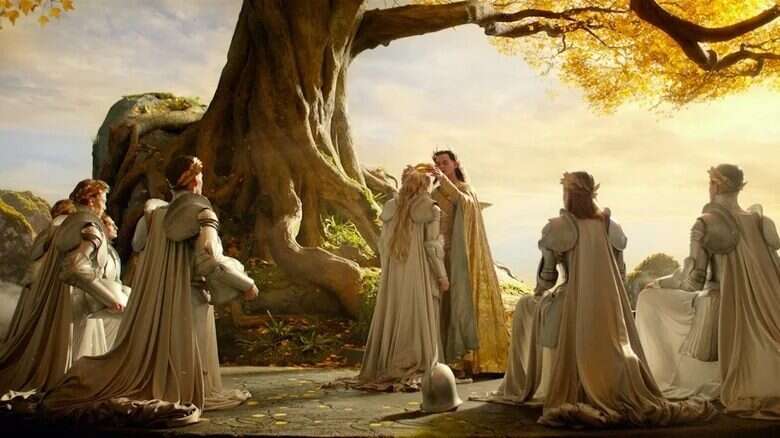 Prime Video’s Lord of the Rings TV show is fast approaching, and a new trailer was released today.

Our first full length trailer for Prime Video’s upcoming Lord of the Rings TV show, Rings of Power, has arrived–and it’s a doozy. Not only do we get closer looks at some of the characters we’ve been eyeing since that first teaser dropped, we can even begin to glean a better idea of ​​what the plot might be (beyond, you know, the rings of power being forged ) and some teases for some potential surprises. Afterall, while Rings of Power is based in the canon universe and timeline of Tokien’s work, it is still including new characters and ideas that are original to the show.

We sat down and went through the new trailer frame by frame to see what we could surmise and found everything from potential hints at Gandalf’s arrival on Middle-earth (is that him in the fiery crater?) to the moment that the Dwarves seal their fate by digging deep enough to uncover Mithril in their mines–and much more.

There is a lot going on in this trailer–so much that we couldn’t possibly capture or guess at every last detail. There’s visions of Sauron’s rise, the downfall of both Moria and Numenor, Wargs, Orcs, and even proto-Hobbit parties. Those proto-Hobbits are called Harfoots, by the way, and they’re going to be a massive part of this show, so it might be good to brush up on some Hobbit history and genealogy while you prepare. In the meantime, here’s 25 details and moments in the trailer that you definitely don’t want to miss.

Lord of the Rings: The Rings of Power debuts on Prime Video on September 2.