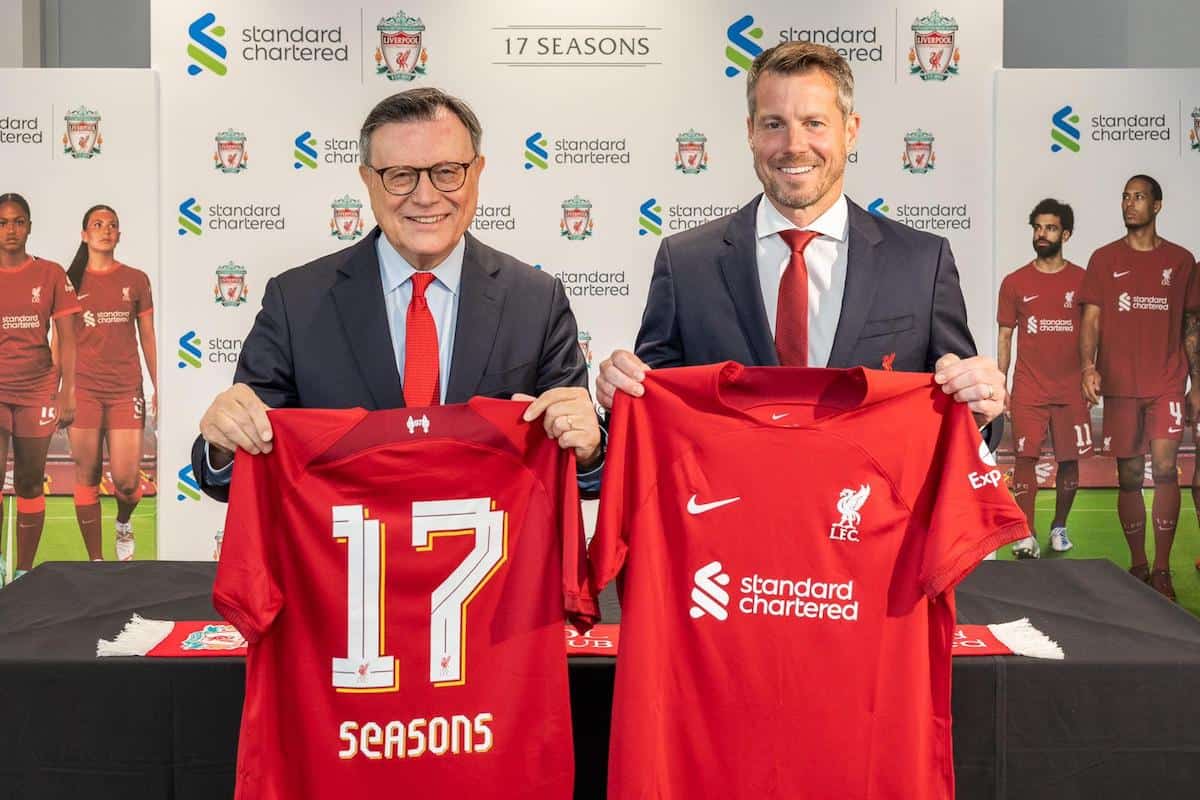 Liverpool Football Club and Standard Chartered Bank have announced an extension to their partnership for a further four years.

Standard Chartered have been Liverpool’s principal partner and shirt sponsor since 2010 and the existing agreement was due to end next summer.

The announcement of the deal, which runs to the end of the 2026/27 season, comes after previous reports had claimed the club were in talks with crypto firms.

The Times reports that the deal is worth in excess of £200 million over the four years, a £10 million per year increase on the previous contract.

This new agreement also includes the sponsorship of Liverpool FC Women, as they return to the Women’s Super League, and aims to increase participation in the Women’s game.

Liverpool CEO Billy Hogan said: “This is a hugely significant partnership for the LFC and I could not be prouder to confirm a four-year extension to our already long and successful partnership with Standard Chartered.

“We have been on an incredible journey together and Standard Chartered’s support has been a key driver in our most recent successes, both on and off the pitch, with their loyalty and commitment to Liverpool Football Club.

“Our partnership has been able to thrive because of our shared values ​​and we look forward to continuing to work together to help and support our communities and supporters around the world.”

Bill Winters of Standard Chartered, said: “When we partnered with Liverpool FC in 2010 we could not have imagined the success of both the partnership and of the Club.

“Liverpool FC has been a true partner and, as one of the world’s best-known football clubs, we are proud to be associated with them. We are delighted to be continuing our partnership for the next four years and look forward to building on our already successful relationship.”