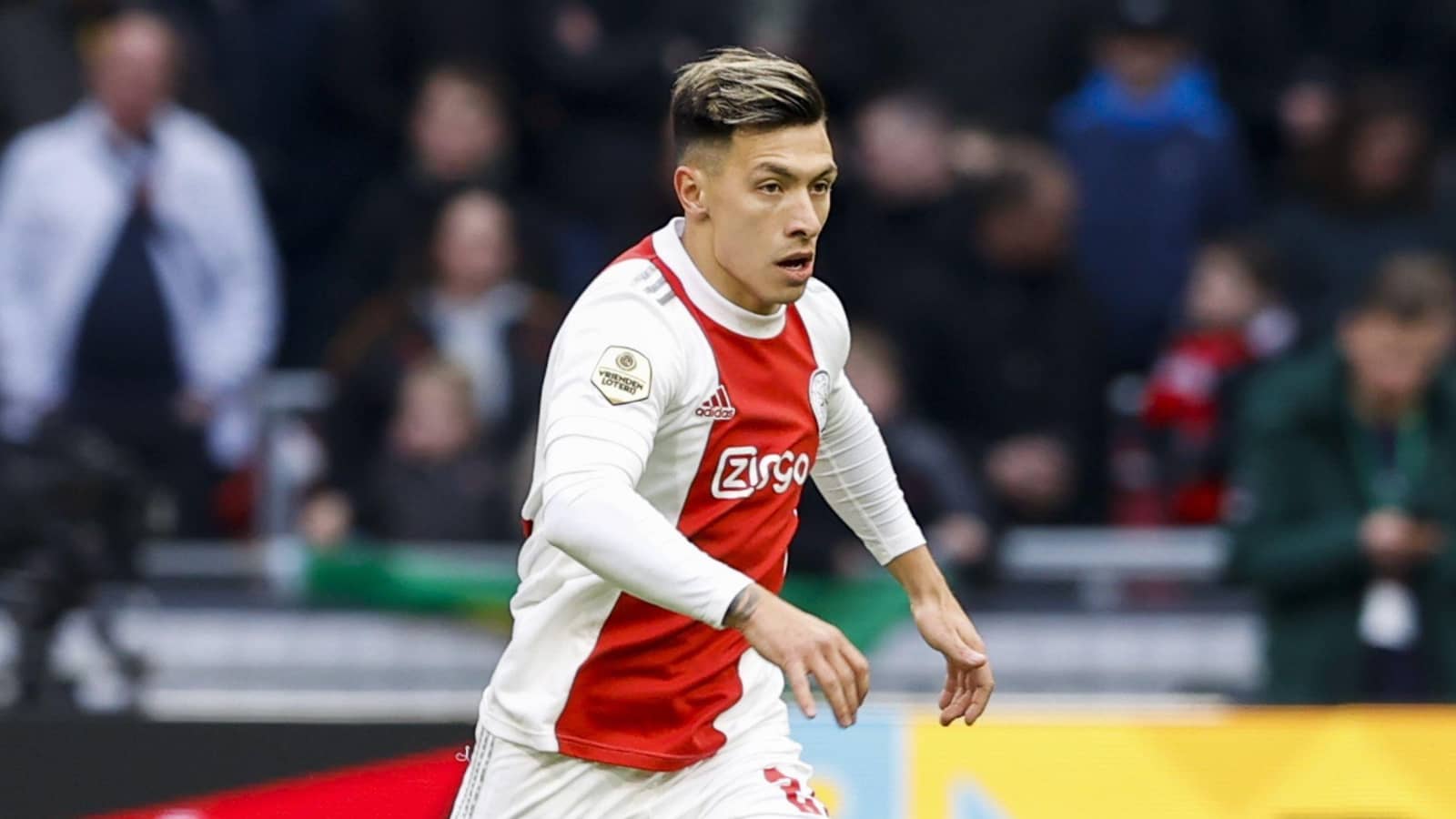 Lisandro Martinez claims he is ‘just like’ Italy legend and Ballon d’Or winner Fabio Cannavaro, although he had less kind things to say about Virgil van Dijk.

Martinez is a target for both Manchester United and Arsenal this summer. According to the latest from Fabrizio Romano, the Red Devils’ new offer is bigger than Arsenal’s.

However, it is not yet enough to get Ajax to sell. And Arsenal cannot be written out of the chase just yet.

Manchester United are pushing hard to agree personal terms with Martinez. The chance for him to reunite with Erik ten Hag at Old Trafford could be a big factor.

Martinez, who mainly plays as a center-half but can also operate at CDM or left-back, is keen to move to the Premier League this summer.

It would be the perfect next step in his career after three successful years with Ajax in the Eredivisie.

During a recent interview, the star spoke about the influence Cannavaro had on him as a youngster.

“Cannavaro was comfortable on the ball. And, despite his lack of height, he challenged for every ball as if it was the last tackle to win the game,” Martinez said (via the Daily Mirror).

The seven-time Argentina international also had some words to say about Liverpool’s Van Dijk. However, he wasn’t exactly accurate about the Dutchman.

“I would prefer not to be like Virgil van Dijk,” Martinez added. “His height is certainly a big plus, but when you don’t have the other qualities, it is worth nothing.

“My favorite position is definitely central defence. I started out as a player, but I learned all the qualities for a central defender who plays in an attacking team under Ten Hag. I can look after myself.”

Given Martinez is less than 5ft 8in tall, it’s easy to see where comparisons with Cannavaro will come from. Not many central defenders reach the top of the game being that small.

Arsenal and Manchester United are battling it out to sign highly rated Ajax defender Lisandro Martinez; His relationship with Erik Ten Hag could be a determining factor.

But he will have to have a glittering career if he wants to be remembered in the same way as the World Cup-winning Italy captain.

As for the Van Dijk comments, they seemingly came out of nowhere. Martinez is clearly a different kind of centre-back, but there was little need for him to disrespect a fellow defender like that.

It could make a possible meeting with Liverpool interesting next season, if Martinez does secure a move to England.

Meanwhile, Chelsea have an ambitious plan to help them beat Manchester United to the capture of Barcelona’s Frenkie de Jong.