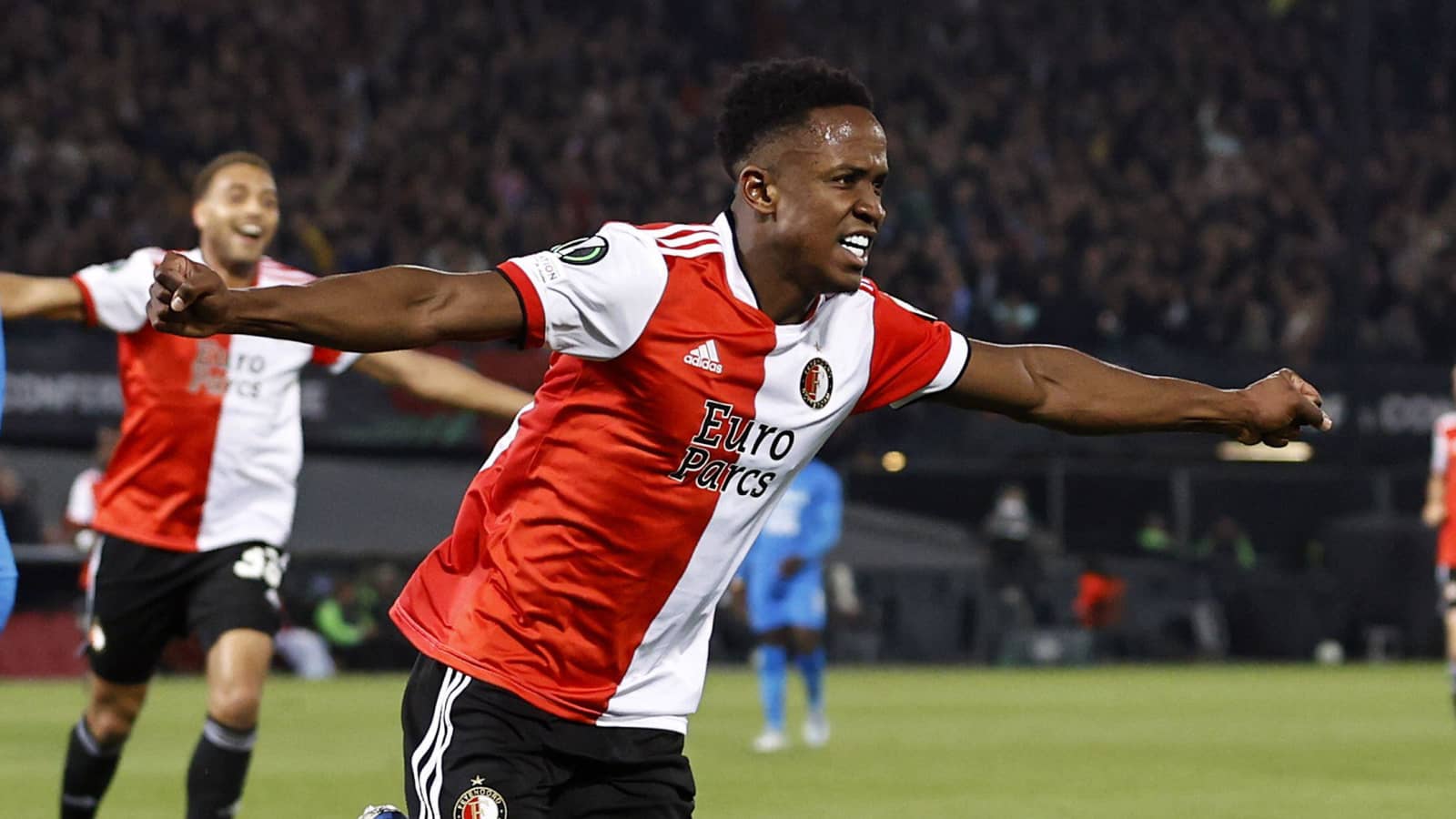 Leeds have forged an agreement over personal terms to sign Raphinha replacement, Luis Sinisterra, and the Colombian is poised to net Feyenoord a club-record sum, per reports.

Jesse Marsch’s side look on course to lose their two star players this summer. Kalvin Phillips’ move to Man City was officially confirmed on Monday morning. Raphinha could soon follow, though whether he’ll end up at Chelsea or Barcelona isn’t yet clear.

What is clear is the fact Leads must spend the money they’ll receive wisely. PSV Eindhoven’s Cody Gakpo had been touted as a potential option to offset the Raphinha loss, though the latest reports insist a different Eredivisie winger is on the way.

The Colombia international, 23, was deadly last season, bagging 23 goals and 14 assists across all competitions for Feyenoord.

The right-footer’s primary position has been on the left wing. That may suggest he would take Raphinha’s place in the front line, though either Jack Harrison or Daniel James would shift over to the right wing.

Romano added talks are ‘progressing’ to complete the move with the fee involved under discussion. The trusted source claimed it’ll be a record sale for Feyenoord.

Shedding further light on that aspect of the move, Sport Witness claimed Feyenoord value Sinisterra between the £17m-£26m mark. Dutch source 1908.nl tweeted they expect the fee to be around £22.4m including add-ons.

Everton were also reportedly in the mix for Sinisterra. The Toffees sold Richarlison to Tottenham on Sunday and are desperate to replace the Brazilian’s firepower.

However, all the signs point towards Sinisterra finding a new home at Elland Road.

Adams would be viewed as the like-for-like replacement for Philips. De Ketelaere is a classy forward who primarily operates either at striker or in an advanced central role behind a lone centre-forward.

The outlook on Adams is rosier after Sky Germany detailed Leeds’ latest bid for the American here.