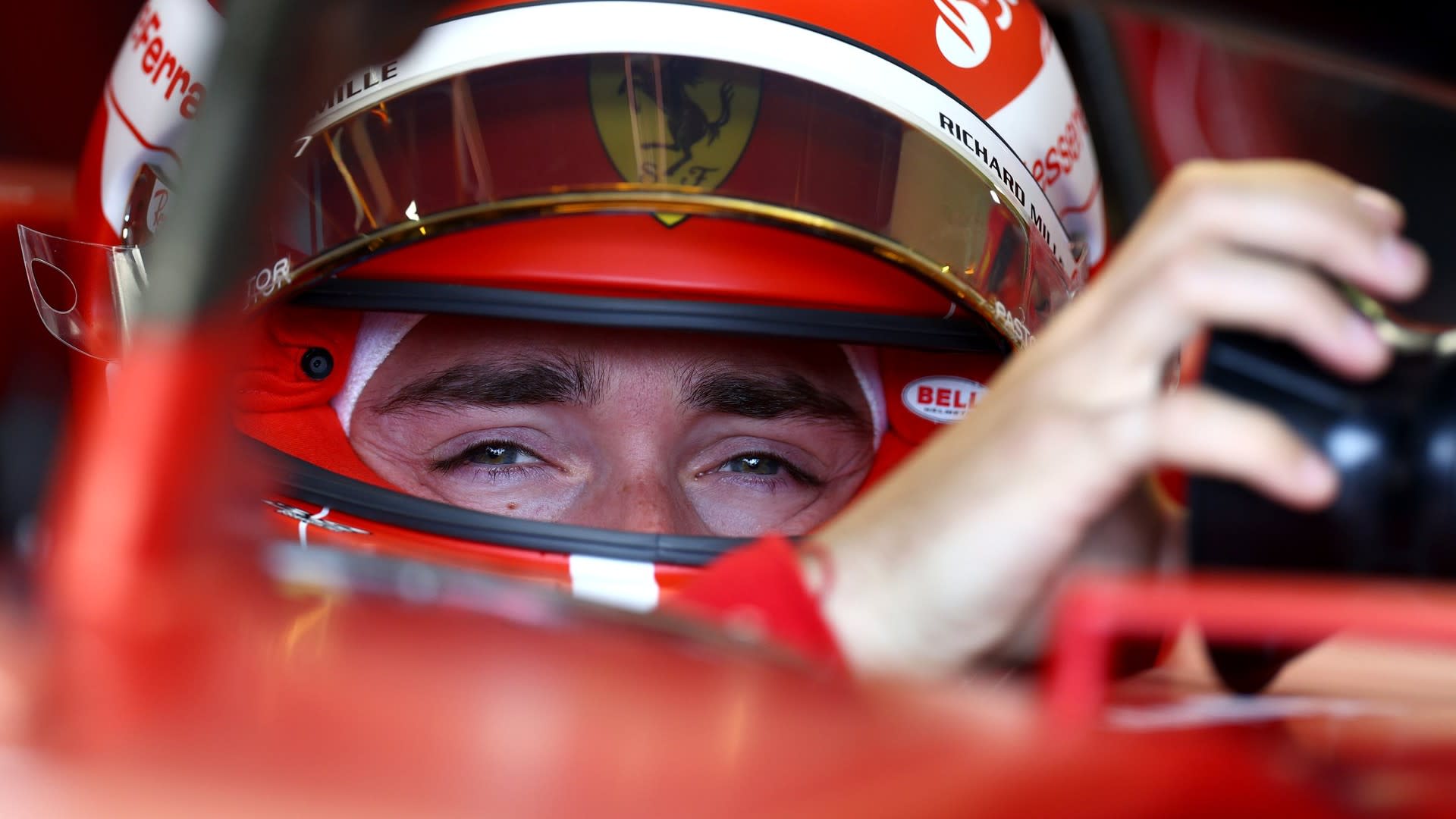 Ferrari’s Carlos Sainz topped Friday practice for the 2022 British Grand Prix – but the day wasn’t all smooth for the Scuderia, as Charles Leclerc revealed that a power unit hitch slightly hampered his running in FP2.

Leclerc finished fifth in the second practice session, 0.255s behind rival Max Verstappen of Red Bull, after the Monegasque driver finished fourth in the rain-hit opening practice session that saw a maximum of 10 laps completed by any driver.

WATCH: Ride onboard as Sainz sets the fastest lap in Friday practice for the 2022 British Grand Prix

“Yes, a tricky day,” he said. “I mean, the first session, we didn’t get much data from it, just because of the weather and very few laps, and on the second, in FP2, we had quite a bit of problems on my side, so hopefully tomorrow we can have a bit of a cleaner day and have things going our way.

“I don’t know if there were radio messages on the coverage but overall, just some power unit things that were making it very difficult to drive. But it’s fine. I mean, it’s small set-ups more than problems, so we will modify it for tomorrow,” he explained.

Asked if power unit problems stopped him from setting a faster lap on soft tires in FP2, Leclerc replied: “Yes. With the softs, it was very, very tricky again for some reason. It didn’t feel as good as on the medium and again, we’ve had those small issues that weren’t easy also to manage.

“But overall, I think the performance is in the car, so this is positive, and hopefully again tomorrow we can put everything together and have a good day.”

Team mate Sainz set the pace in FP2, his lap of 1m 28.942s keeping Lewis Hamilton at bay by 0.163s. After Verstappen said it was ‘no surprise’ that Ferrari were fastest on Friday, Sainz was asked for his reply.

The Spaniard said: “I think we are expecting to be competitive at every circuit this year, because the car is certainly a very competitive car, as is the Red Bull, as is the Merc when there’s a bit less bumps, and there’s a bit more high-speed, so yes, I think we all knew coming into this weekend that it was going to be a tight battle and again, it looks like it’s the same here.”

Sainz added that there was “no reason” why Ferrari couldn’t replicate their table-topping pace on Saturday, with FP3 and qualifying to come – and the clouds lurking ominously over Silverstone.

“It will be interesting to see; today on the soft tire we were certainly pretty competitive so there’s no reason why not to think that tomorrow we can do a good job,” he said.

Ferrari face a 76-point deficit to Red Bull in the constructors’ championship while Leclerc is third in the drivers’ standings, three points behind Perez, before the 2022 British Grand Prix.

Who’s going to score big in the 2022 British Grand Prix? Pick your dream team before qualifying and take on the world to win huge prizes with the Official Formula 1 Fantasy game. Sign up, join leagues and manage your squad here.