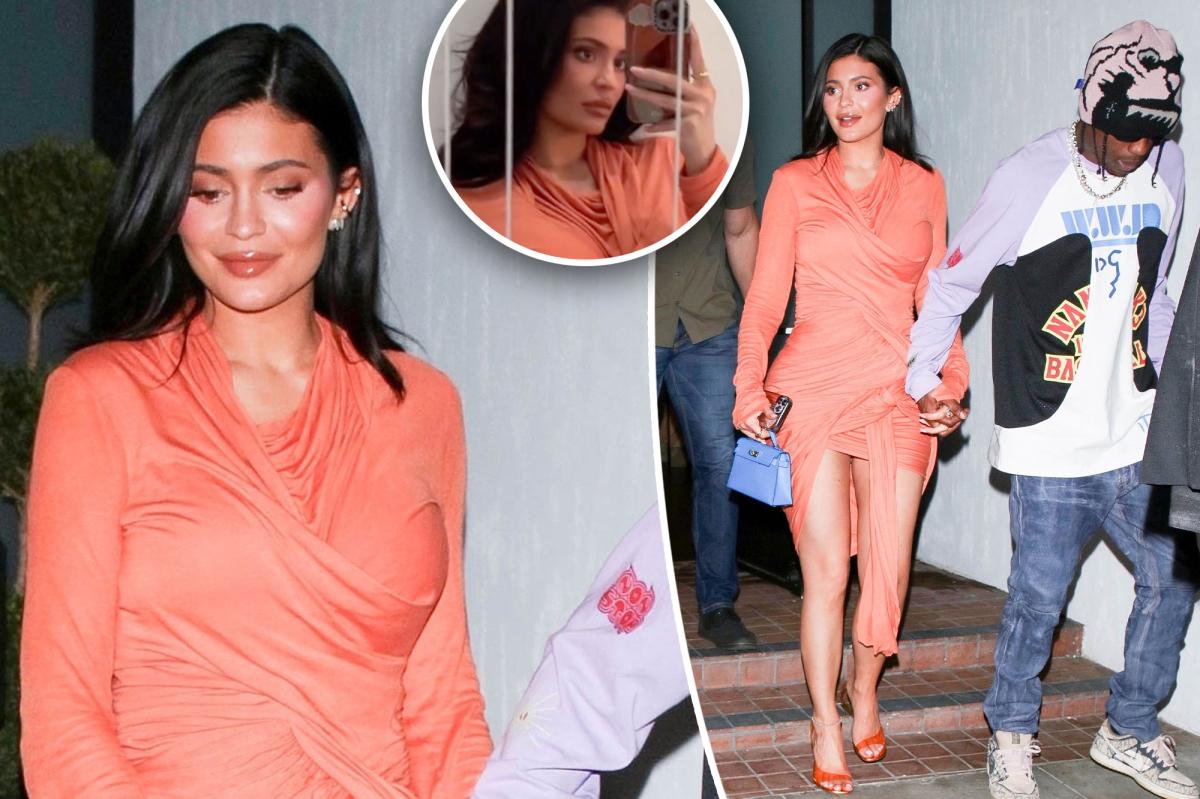 Mom and dad’s night out.

Kylie Jenner and Travis Scott looked so loved up during their latest date night at Catch LA in West Hollywood, Calif., Saturday night.

The on-again, off-again couple held hands as photographers snapped their pics while leaving the swanky restaurant.

The “Kardashians” star, 24, stunned in a long-sleeve orange wrap dress, which featured a criss-cross design.

She paired the ensemble with a mini blue handbag and orange pumps, with her hair styled in bouncy curls.

“date night,” Jenner captioned a TikTok from earlier in the night, which showed her rocking the figure-hugging dress.

The clip – which was set to “Vegas” by Doja Cat from the new “Elvis” biopic – came a few hours after Jenner and Scott’s 4-year-old daughter, Stormi, posted a video to her mom’s account.

“stormis first tik tok 🤣,” the cosmetics guru captioned the video, which showed the toddler filming herself with a funny face filter applied.

Stormi wore a beige striped shirt and gold hoop earrings while laughing at her distorted face. She then flipped the camera to show a makeup-free Jenner, who was wearing a robe and had wet hair.

The reality star appeared to be eating noodles as she looked at the camera with a startled expression, realizing her mini-me was already proving to be an influencer in the making.

Jenner also recently shared a rare glimpse of her beau in celebration of Father’s Day.

“happy father’s day daddyyyyy we love you 🤎” she captioned the snap, which showed Scott laying in bed while their baby boy rested on top of him.

Jenner gave birth to her and Scott’s second child, a baby boy, on Feb. 2, four years after they welcomed Stormi.

The pair originally named him Wolf, but later revealed they changed it because “it just wasn’t him.”