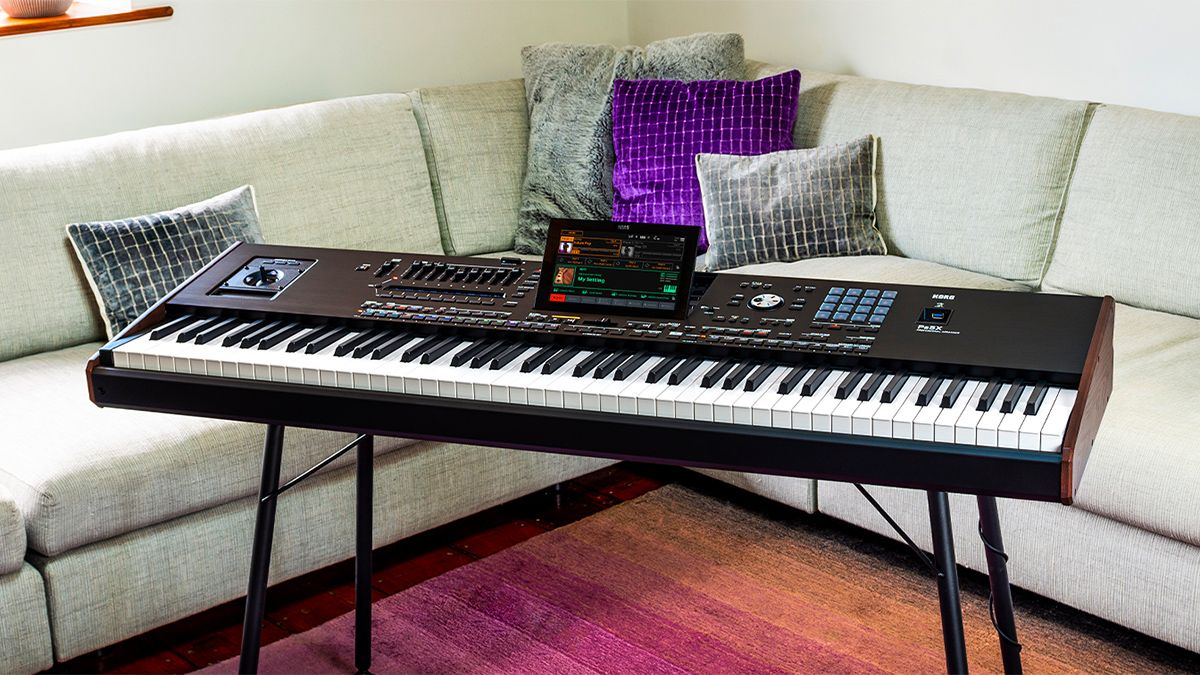 Its status as an arranger keyboard might not make it the coolest kid on the synth block, but Korg’s new Pa5X looks like a serious bit of kit. The new flagship in the company’s arranger range, this promises a high-quality sound engine, a colour-coded interface and a slick workflow that’s designed for both the studio and the stage.

The most eye-catching feature of the Pa5X is its eight-inch tiltable display, which serves as the main control panel. The colors used are matched to those in the LED-programmable buttons, aiding navigation.

You can also use the screen to show lyrics, chords or a score, while a built-in HDMI port enables you to hook up an external display.

Sound-wise, the Pa5X goes beyond its predecessor – the Pa4X – by including the EDS-XP (Enhanced Definition Synthesis – Expanded) engine. This offers 24 oscillators and 160 notes of polyphony, along with round-robin drum and percussion performance and smooth transitions between sounds.

The presets run the gamut from acoustic and electric pianos to synths and a new drawbar organ. There’s also a built-in sampler.

Beyond the touchscreen, realtime control is taken care of by nine buttons and nine sliders, all of which are assignable. The many other faders, switches, joystick and ribbon controller can also be configured to your liking, ensuring that you can add precise expression control as you play.

This being an arranger keyboard, you get numerous chord recognition and playback options, which can be tweaked according to your skill level. There’s also automatic harmonisation and a chord sequencer.

Styles can also be edited, and there’s a MIDI sequencer for song recording. Songs and styles can be saved in a SongBook, and these can be sequenced into set lists.

Other features include “professional quality” effects (ten insert FX, three master FX and a finalizer for each of the two players) and the guitar and mic inputs also have their own dedicated effect processors. The vocal effects come courtesy of Shift Audio – you can use them to create instant four-part harmonies or dial in automatic pitching.

Further connectivity options include MIDI, USB, minijack in and balanced outs. There are three pedal inputs, too.