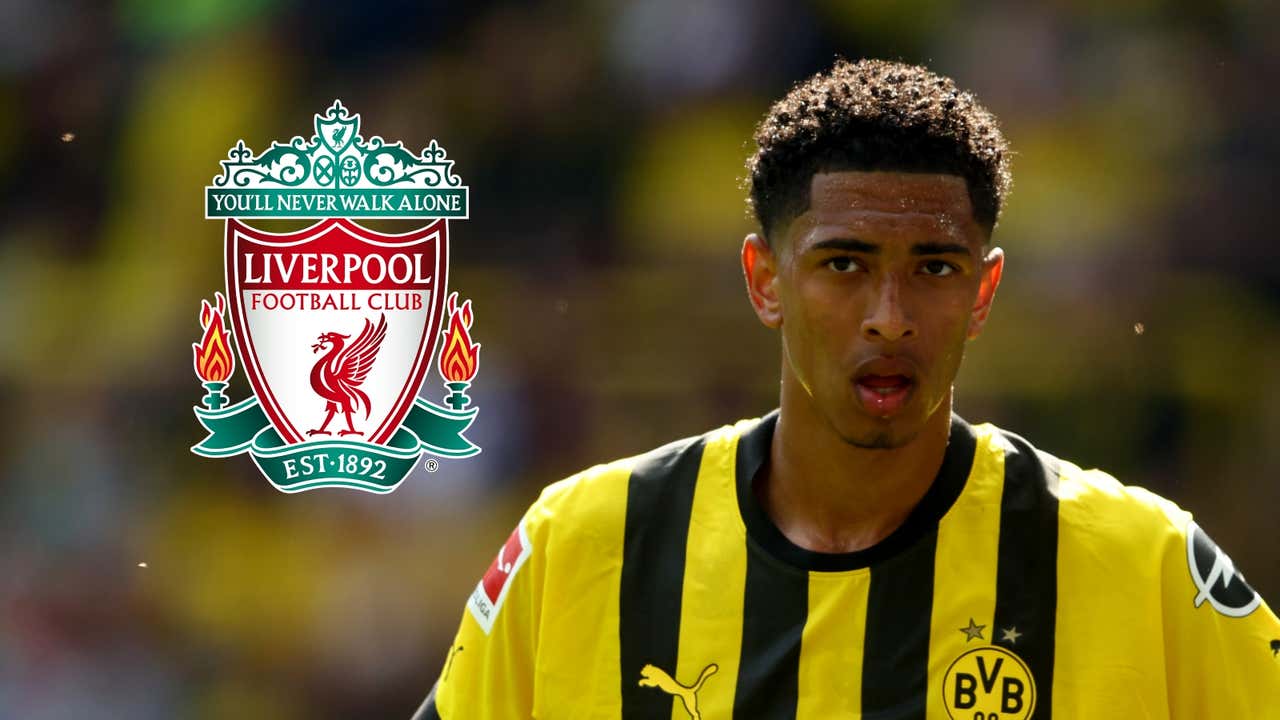 The Reds have been strongly linked with the Borussia Dortmund star, but any deal will almost certainly have to wait until 2023

Jurgen Klopp has dismissed the idea that Liverpool could sign Jude Bellingham this summer, insisting that the Borussia Dortmund star is “not on the market” in this transfer window.

And the Reds boss has issued a passionate defense of his current midfield options, stating that he “doesn’t understand” why it is being suggested that the club needs to strengthen in that area.

Klopp is backing youngsters Curtis Jones, Harvey Elliott and new Fabio Carvalho to prove their quality, and has also hinted that there may be a change of formation at Anfield, with a new 4-2-3-1 system likely to be trialled during pre-season.

What did Klopp say about a potential Liverpool move for Bellingham?

Bellingham, 19, has been strongly linked with a move to Merseyside in recent weeks, and would appear an ideal fit to slot into a Klopp side.

Liverpool are known admirers – and they are far from the only ones – but there appears to be little chance of a deal this summer, with Dortmund determined to hold onto the England international for at least another season.

Klopp, speaking to a selection of reporters at Liverpool’s Kirkby training base on Friday, was asked directly about the links to Bellingham, but his reply will offer little encouragement to those hoping for a big-money bid before the window closes.

“He’s not on the market, so that’s the first problem with that player,” Klopp said.

“Well, that’s the only problem with that player!”

Asked if Liverpool were looking to do any business at all in midfield, be it for Bellingham or anyone else, Klopp added: “No. I can say that.

“I don’t think something will happen in midfield, but you never know. If somebody comes to you and says ‘I want to go’, then…

“Nobody came to me yet – but if that happens then we have to talk new.”

Why aren’t Liverpool looking to sign a ‘this summer?

As things Liverpool will have eight senior stands to choose from, with new arrival Carvalho also able to operate there, having done so for previous club Fulham.

Fabinho, Jordan Henderson and Thiago Alcantara were the three who were most frequently used last season, with Naby Keita and James Milner also featuring regularly.

Jones, 21, and Elliott, 19, have also had spells in the team, as has Alex Oxlade-Chamberlain, though the former Arsenal man didn’t feature at all in the final two months of the campaign.

As it stands, none are expected to leave the club this summer – although both Keita and Oxlade-Chamberlain have entered the final year of their respective deals, and Liverpool would consider offers for the latter.

“If the situation stays like it is, then tell me why [Liverpool would look to sign a midfield player]?” Klopp said.

“I don’t understand. I do not understand. People told me about this discussion, but the last thing that would have crossed my mind is that we have to do this.

“I know all these things, that we ‘don’t score enough goals from midfield’, this and that, but what do we want? This ‘Golden Cow’ that is producing absolutely everything, milk as well!”

He added: “We can go through it. Where do you want to start?

So, Fabinho, Henderson, Thiago, Milner, Keita, Curtis Jones, Harvey Elliott, Fabio Carvalho, Oxlade-Chamberlain. Now you tell me what kind of player are we missing? One who is offensive, 1.95m and arrives into the box to head balls in? OK, apart from that!

“We have three players in the squad who can easily play as a No.6 – Fabinho, of course, but Hendo and Milly played it fine.

“Creativity? If we bring in a player just for that, we immediately make it more difficult for Harvey, Curtis and Fabio.

“They can all play different positions as well of course, Curtis can play a line higher and Harvey and Fabio can play there too. Fine. We can a different system as well we might only need two players play, but then all these can play as a No in the new system.

“So where is the need for a player? I wait for the day when somebody comes to me and tells me why, exactly.”

‘You have to leave the doors open’

Asked if he had faith that his youngsters – Jones, Elliott and Carvalho – Klopp continued: “Of course I do. And we should not forget that last season, in the first four games, Harvey Elliott was the best player. He was outstanding.

“Then he had a bad injury, came back, [he was] high and then low. Normal for a young player, and normal after a long injury. He looks sharp now, he’s back, and like everybody he needs luck.

“Curtis Jones – what a player he is as well. Oxlade, he played the first part of the season quite a lot, and in January played different positions. Yes, he didn’t play a lot after that but [remember] how good he was.

“Fabio, you look at him and what he did at Fulham. Why should we bring a boy in and tell him he is a player number nine? It makes no sense. You have to leave the doors open for the boys. I really don’t understand the discussion.

“We always try to improve, and we can improve internally as well. They can put pressure on the more experienced guys, for sure.

“By the way, Tyler Morton in training, incredible! He plays as a No.8 now, we don’t force him to play as a controlling No.6 in a Premier League game [like vs Spurs in December 2021]. He’s training as a No.8, and it’s like ‘wow, how good is that?!’

“There’s really a lot of excitement about this situation from our side, and like I say, if you want guarantees then you have to look somewhere else. We work a lot with expectations, and our starting point most of the time is very, very positive.”