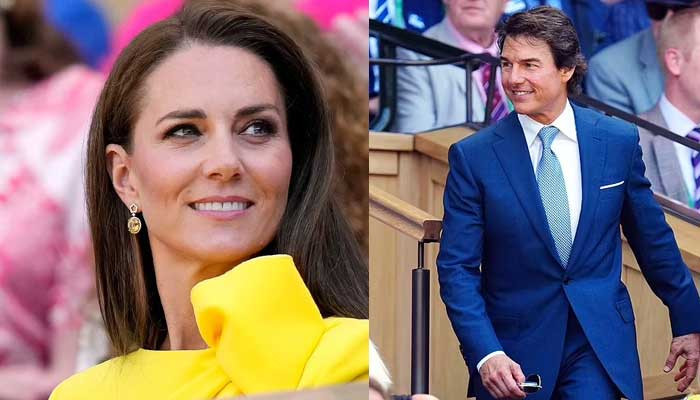 Hollywood actor Tom Cruise and much-adored royal figure Kate Middleton stole the spotlight as they graced the 2022 Wimbledon Championships at the All England Lawn Tennis and Croquet Club on Saturday.

The Duchess of Cambridge could not contain her emotions and excitement as she enjoyed the women’s finals between Tunisia’s Ons Jabeur and Kazakhstan’s Elena Rybakina, where she was seated a few rows in the front of the Top Gun: Maverick star.

William’s wife, who previously attended the women’s final last year, was all smiles as she returned for some more tennis thrills alongside dashing film superstar Tom Cruise.

The British royal put her elegance on display as she rocked a vibrant yellow dress which she first worn during her tour of the Caribbean earlier this year. The Duchess accessorised it with a pair of large sunglasses.

Kate, who’s also an avid tennis player, is patron of the All England Lawn Tennis Club, and watched the match from the Royal Box with Tom. She appeared swept away in the spirit of the day, and was seen gasping, cheering and even hiding her face as she watched and enjoyed the match from the begging.

William’s sweetheart made her 2022 debut at the tennis tournament on Tuesday alongside her hubby. The two are expected to return to Wimbledon on Sunday to see the finals for the men.