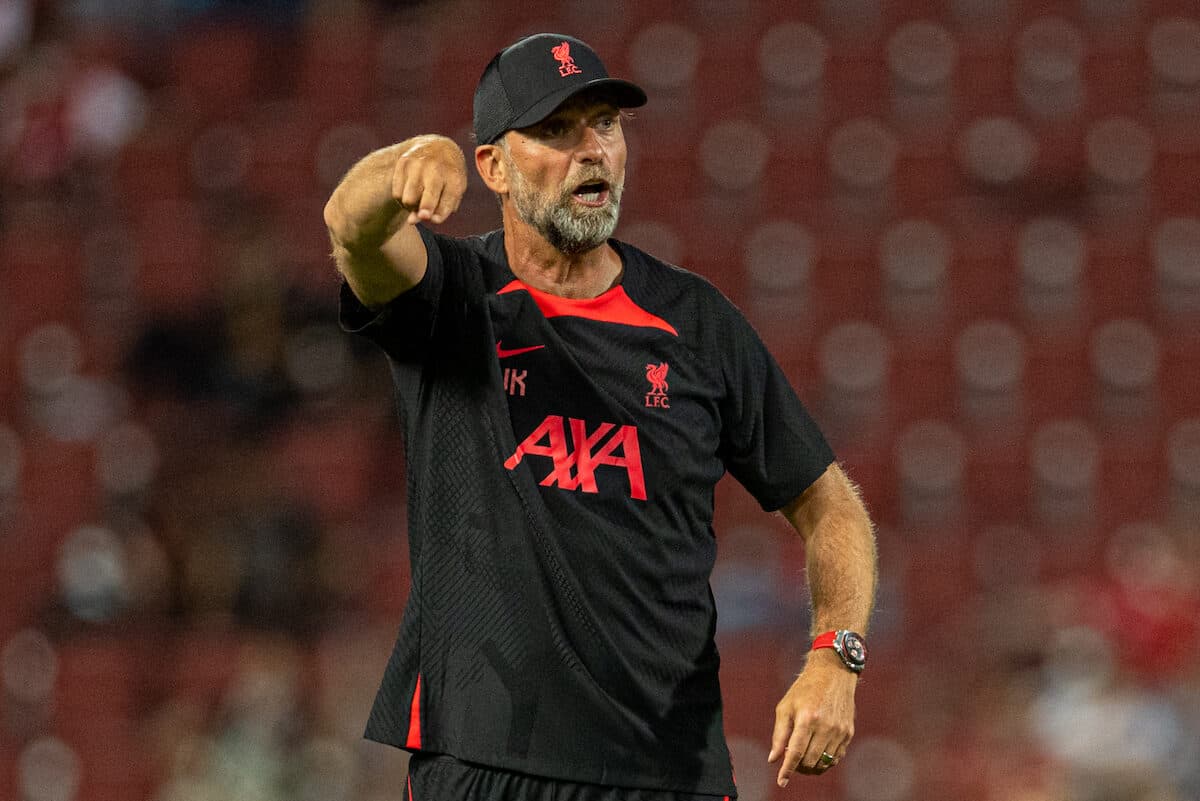 The pursuit of success means one can never be in a motionless state. The need for evolution is constant, and Jurgen Klopp knows his team cannot stay the same and simply get old together.

With Fabio Carvalho, Calvin Ramsay and Darwin Nunez, Liverpool added a trio with an average age of 19.6 this summer, the next generation of players for both the present and long term.

Their acquisition is the latest refresh on a squad that had an average age of 27.7 last season, the fourth-oldest in the Premier League.

Coming up to the seventh year with Klopp as manager, only four senior players remain from the squad he inherited as the Reds had to make changes and “we do, constantly.”

In an interview with The Anfield Wrap in Bangkok, Klopp acknowledged the natural, and needed, stages of squad evolution that are always in motion.

“We are now already a while together, it’s my seventh season and that is really strange, but we cannot just keep things like they are,” Klopp said of his team.

“So we cannot just say ‘ah it’s great’ with the same team and getting older. You have to make changes, we do. We do, constantly.”

The latest signings are examples of just that, but many hope that Liverpool will add a new player to rather the next stage of evolution sooner than later, namely Borussia Dortmund’s Jude Bellingham.

The 19-year-old is a player Liverpool have a clear interest in, but Klopp has previously said that this summer “he’s not on the market, so that’s the first problem with that player.”

“My favorite subject to talk about is ‘bring in a new player, we need a new player’, please tell me why?” Klopp told TAW.

“We can talk about Jude Bellingham and how good he is, yes, fantastic player and I’ve no doubt about that. But you tell me now which kind of we lack, for example.

“So it’s like this, you mix it through, that’s how you change a team. That’s why you don’t close doors for the young ones, they need opportunity.”

It’s not a perspective many others at this level would act on, with Klopp keen not to stunt the development of Curtis Jones, Harvey Elliott and Carvalho, as they are part of the evolution themselves.

“The future is bright if you use it, you have to keep the doors open for these boys. You cannot constantly block it by buying more experience, or more goals from last year.”