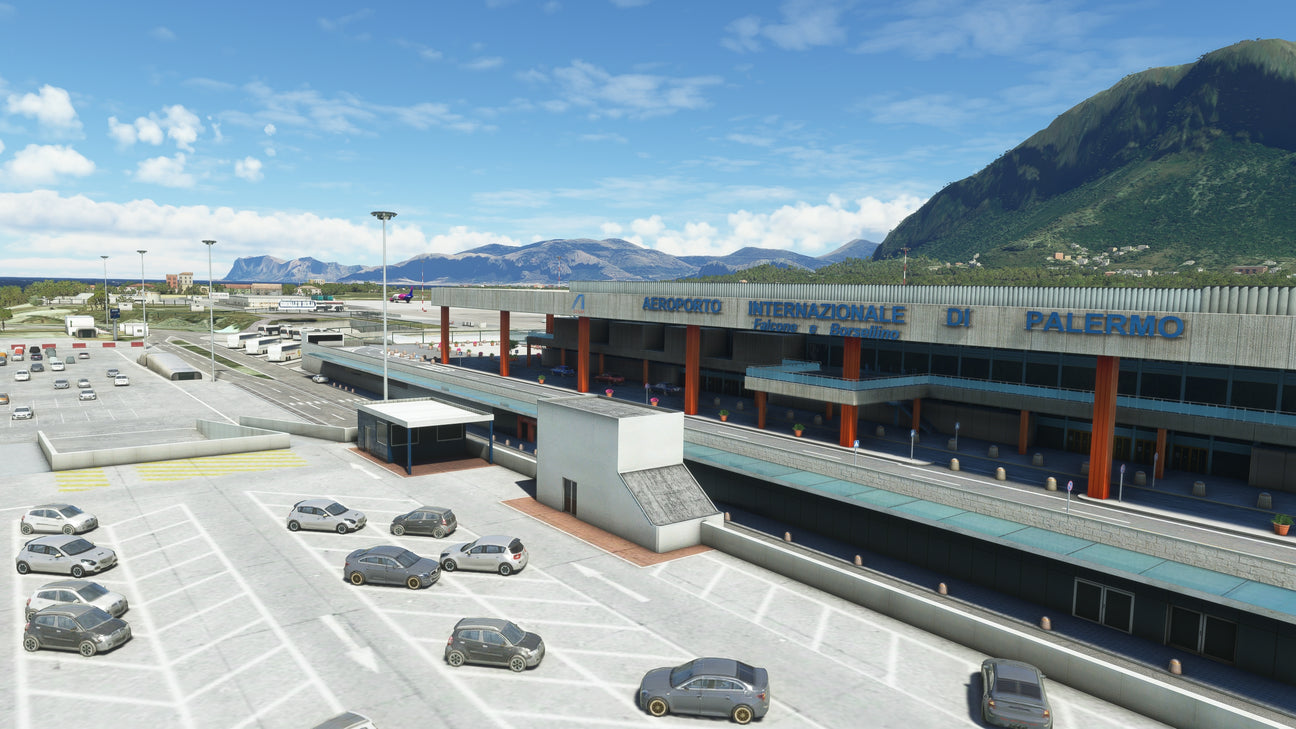 Each of the three Italian airports has been designed to a high level of detail with PBR texturing, accurate ground layout and hand-placed objects throughout. There’s plenty of attention to detail throughout with plenty of environmental effects in the texturing, great use of material texturing and also airport clutter.

Jetstream Design chose these three airports due to their close proximity to one another. You can fly between each airport in a relatively short period of time and get the most from each of them.

To own all three as part of the bundle pack, you can buy it from Contrail or SIMMARKET for €20.48.

If you wish to purchase each airport separately, you can also do so. Each airport on its own costs €10.65 each (excluding VAT). This means if you buy the bundle, you will be essentially getting the third airport for free.

Palermo LICJ is one of the main airports in southern Italy, with more than 7 million pax in 2019. It is linked daily with the main Italian airports and many European cities. It is a very popular summer destination for European tourists.
A huge number of airlines fly to Palermo, and in the 2000s the airport became a focus destination for several low-cost airlines, with a few building a mini-hub there.

The landscape and weather conditions make this airport very special. LICJ is surrounded by sea on three sides, and by a mountain on the last side. This creates a frequent windshear effect which can make your landings quite challenging.

Lampedusa LICD is an Italian island located 205 Km south of Sicily, and 113 Km east of Tunisia. It is part of the “Pelagie” islands, together with Linosa and Lampione. It is a popular tourist destination

Lampedusa airport lies just a few hundred meters away from the city centre, and reaches its traffic peak in summer. It is connected all year round to Palermo and Catania. The 1800 meter-long runway can welcome aircraft up to A320/737 size.

Enjoy the beautiful approaches to RWY 26, overflying very detailed custom cliffs, or to RWY 08 with the small Lampedusa harbor and city on your left side.

Pantelleria LICG is a volcanic Italian island located 100 km away from Sicily and 70 km from Tunisia. You are in for a challenge when landing at Pantelleria! The area can be very windy, and the airport lies near the Montagna Grande mountain, which can create severe winds around the airfield. The main runway is quite sloped too!

The main 2000 meters runway can handle aircraft up to A320/737 size and is connected all year round to Palermo and Trapani, and to many other destinations during the touristic season.