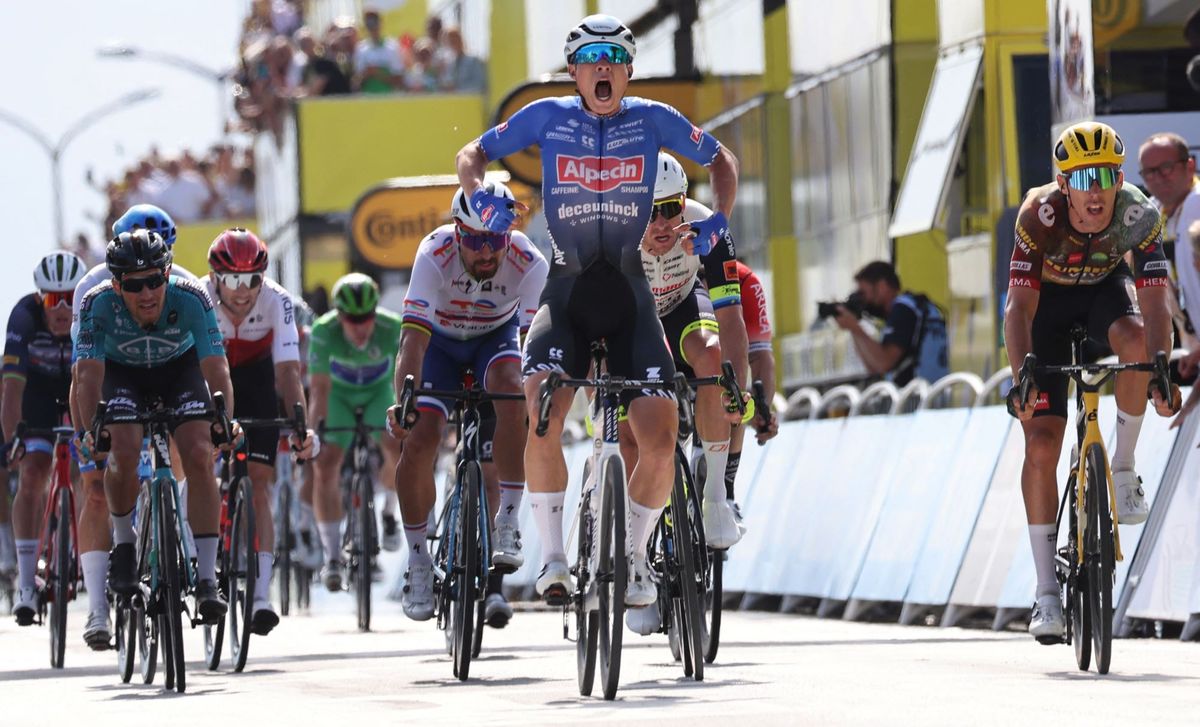 As Wout Van Aert (Jumbo-Visma) sailed across the line taking a sensational victory in stage four of the Tour de France, there was comedy to follow just behind him.

Hot on the heels of Van Aert, the remnants of the peloton sprinted for what Jasper Philipsen (Alpecin-Deceuninck) thought was the stage victory. Beating the others to the line, Philipsen sat up, punched the air and celebrated, not realizing that Van Aert had finished ahead of him.

After crossing the line, Philipsen said: “I thought I had won but then I saw Van Aert in front and I never knew he was in front, so yeah. I felt good but at the moment I’m just a bit disappointed.”

“On the climb I never saw him riding in front, it’s a disappointment for sure,” Philipsen added.

After realising his error, Philipsen was able to see the comical side, admitting the images will be funny at the end.

“Yeah for four or five seconds I honestly thought I won, it will make funny images in the end. I didn’t want this though so it’s a bit s**t also. I just didn’t know he [Van Aert] was in front. I also never heard on the radio so yeah that’s a shame and why I sprinted for the win.”

Last month, Alberto Bettiol (EF Education-EasyPost) was in Philipsen’s shoes after celebrating what he thought was a stage victory at the Tour de Suisse. Bettiol celebrated in similar circumstances after not realising that Andreas Leknessund (Team DSM) had won the stage ahead of him.

Bettiol later admitted that he hadn’t heard what was going on ahead of him on the radio but that Matteo Trentin (UAE Team Emirates) soon told him that he had lost.

Jasper Philipsen (Alpecin-Deceuninck) will be embarrassed tonight, but at least the Belgian can see the funny side.