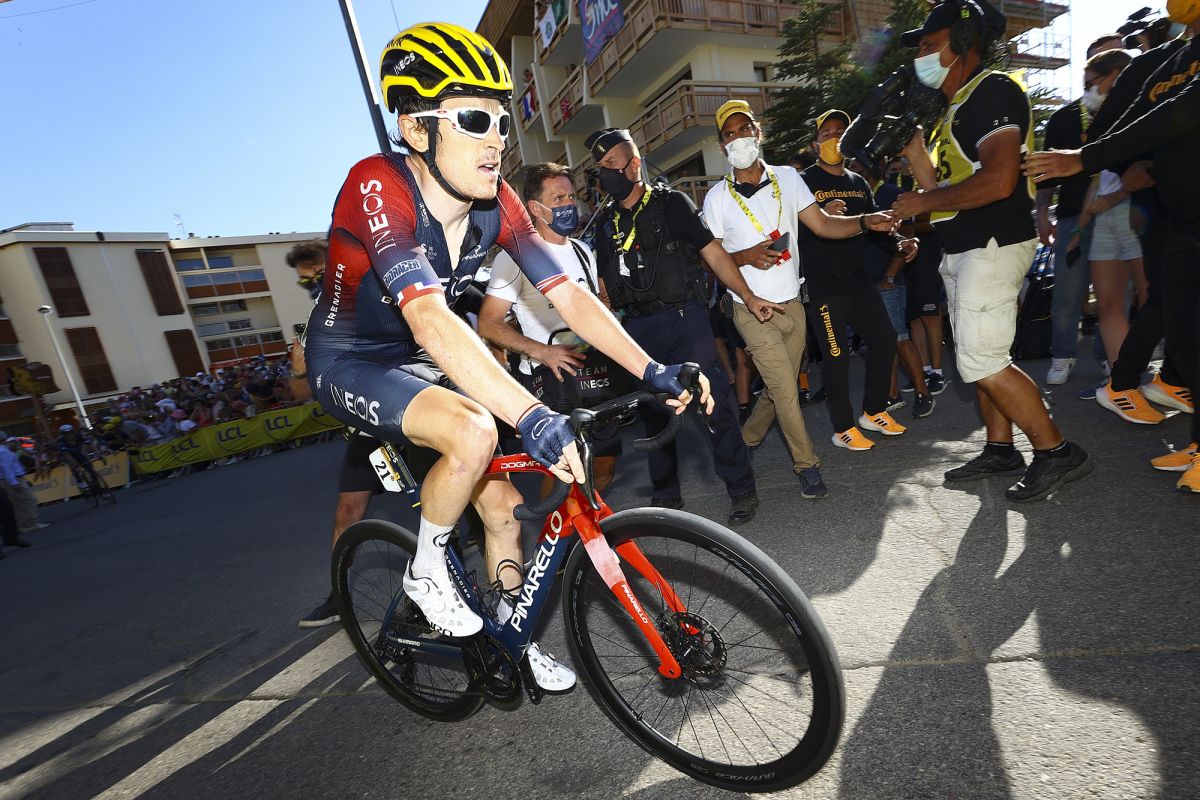 The last time Geraint Thomas came this way, the yellow jersey was on his back and his Sky teammates were the men beating a pathway for the Tour de France through the unruly forest of flares, flags and flailing limbs that always sprouts up along the 21 hairpins of Alpe d’Huez.

Four years on, the mountain’s unique ecosystem remained more or less intact – “I got hit a couple of times on the arm, but luckily there were no flares, which is good, because that can choke you,” Thomas said – but the race unfolding within it was totally different.

As in 2018, Thomas once again found himself in a reduced groupe maillot jaune nearing the top of the mountain, but this time he was absorbing the punishment rather than imposing it. Yet even if he rides this Tour as a challenger rather than a conqueror, the Welshman had every reason to be satisfied with his display on Thursday afternoon.

After channelling ONCE with their all-out offensive that put Jonas Vingegaard into yellow on stage 11, Jumbo-Visma performed a more than passable imitation of the Sky of old on Alpe d’Huez 24 hours later, with Wout van Aert, Steven Kruijswijk, Primož Roglič and Sepp Kuss gradually turning up the dial as the climb progressed.

Thomas withstood that tempo better than most, including podium contenders such as Romain Bardet (DSM) and Nairo Quintana (Arkéa-Samsic), who were distanced with 6km or so to race. More notably, he was then able to limit the damage when Tadej Pogačar (UAE Team Emirates) tested Vingegaard with a brace of sustained accelerations inside the final 4.5km.

On each occasion, Thomas had the strength to keep the duo in sight and the nous not to try to close the gap too quickly. He bridged back up to Pogačar and Vingegaard in even installations both times, and he would remain with them all the way to the finish.

“I’m feeling good, I was just trying not to get carried away when they were jumping,” Thomas told reporters after he wheeled to a halt past the finish line. “I was just trying to ride a pace. I was obviously accelerating, but not too much. Then in the end, felt like I could have gone in that sprint, but maybe I should have got the elbows out a bit more.”

Thomas’ display lifts him above Bardet and into third place overall, 2:26 down Vingegaard and four seconds behind Pogačar. His teammate Adam Yates, meanwhile, is now 3:44 adrift in fifth. Having started the season seemingly earmarked as a supporting rider at the Tour, Thomas is gradually becoming Ineos’ lone leader on this race.

“I’m feeling stronger all the time and I guess it’s that old diesel engine that I’ve got now, but in saying that, those two guys in front of me are riding an incredibly well,” said Thomas, who knows that a repeat of his 2018 victory would be improbable against such competition. Then again, given the intensity of the race to this point, perhaps that diesel engine might yet retain its value in the third week.

“I’ll still try to win, but it’s obviously a tough ask,” Thomas said. “Vingegaard, as you saw today, was covering Pogačar for fun. But then nobody expected Pogačar to have a bad day, so you never know. We’ll keep fighting.”

While Thomas and Ineos were unable to replicate the dominance of their previous outing on the Alpe, the team did emerge with stage victory thanks to Tom Pidcock, who danced clear of the early break to claim the honors, moving back up to eighth overall in the process. The youngster showcased his dexterity with a white-knuckle descent of the Galibier to bridge up the front, before he forged his way clear alone on the lower slopes of Alpe d’Huez. After struggling on the Col du Granon, it was also a considerable show of resilience.

“It’s great to see him do well, he’s the second Brit to win up here,” Thomas said. “It’s fantastic for him, because he’s a super talent. He wasn’t great yesterday, but he had the opportunity to go in the break today and the guys were confident he could do something.”

Pidcock is the future of his team, but the 36-year-old Thomas, against most early-season expectations, remains resolutely a part of its present. Exactly a century has passed since a rider of Thomas’ age won the Tour, even if he knows his odds of emulating Firmin Lambot are slim. “It’s going to be super hard,” Thomas said. “But we’re definitely going to try.”