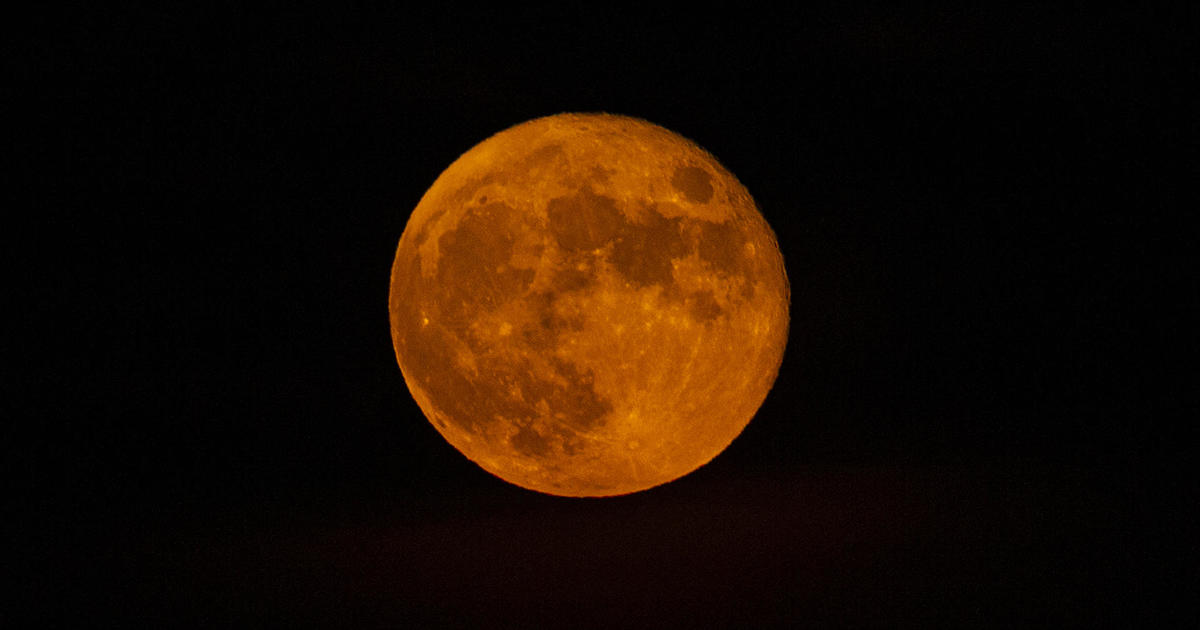 July’s full moon, the buck moon, may illuminate the sky on Wednesday in a particularly big way.

The buck moon will appear full from Tuesday morning to early Friday, according to NASA. It will reach its peak on Wednesday at 2:48 pm ET, but will not be fully visible in North America until moonrise. For those who catch a glimpse, it might appear larger and brighter than other moons of 2022 because it’s a supermoon.

While there isn’t a single definition of “supermoon,” the term typically refers to a full moon that can stand out more than others because it is within 90% of its closest orbit to Earth. The buck moon is the supermoon that will come closest to Earth this year, according to The Old Farmer’s Almanac.

The clearest views of July’s full moon in the US will be on the West Coast, in the Great Plains and the Midwest, CNN meteorologist Jennifer Gray said. A cold front will move into the southeastern US on July 12 and 13, potentially causing thunderstorms and rain across the region. Parts of Arizona, New Mexico, Utah and Colorado also are expecting thunderstorms early this week, she added.

“Unlike some astronomical events, there’s not (a situation where) you’ve got to look at it this instant or else you miss it,” said Noah Petro, chief of NASA’s Planetary Geology, Geophysics and Geochemistry Lab. “There’s really no moment that you have to be looking at it to maximize your enjoyment of the full moon. If it’s cloudy and you don’t want to be outside, just go one of the next nights.”

For the clearest views of the moon, Petro recommended avoiding areas surrounded by tall buildings and thick forestry. The Old Farmer’s Almanac calculator can help you find out what time the moon rises and sets in your location.

This full moon is most commonly known as the buck moon because male deer, or bucks, fully grow out their antlers in July, according to The Old Farmer’s Almanac. Bucks’ antlers shed and regrow each year, becoming larger as the animals age.

July’s full moon has been known by some other names.

The Tlingit people refer to it as the salmon moon, since fish often returned to the Pacific Northwest coast around this time and were ready to be harvested. For the Western Abenaki, it’s the thunder moon, in reference to the frequent thunderstorms during this time of year.

In Europe, July’s moon is often called the hay moon for the haymaking season in June and July, according to NASA.

July’s full moon corresponds with the Hindu, Buddhist and Jain festival Guru Purnima, a celebration to clear the mind and honor spiritual and academic gurus.

For Petro and other space enthusiasts, this moon is called the Apollo 11 moon. Apollo 11 was the first mission to put humans on the lunar surface. The mission launched on July 16, 1969, and landed on the moon on July 20, 1969.

There will be five more full moons in 2022, according to The Old Farmer’s Almanac:

These are the popularized names associated with the monthly full moons, but the significance of each one may vary across Native American tribes.

There will be one more total lunar eclipse and a partial solar eclipse in 2022, according to The Old Farmer’s Almanac.

Partial solar eclipses occur when the moon passes in front of the sun but only blocks some of its light. Be sure to wear proper eclipse glasses to view solar eclipses safely as the sun’s light can be damaging to the eye.

A total lunar eclipse will also be on display for those in Asia, Australia, the Pacific, South America and North America on November 8 between 3:01 am ET and 8:58 am ET, but the moon will be setting for those in eastern regions of North America during that time.

Check out the remaining meteor showers that will peak in 2022:

If you live in an urban area, you may want to drive to a place that isn’t littered with city lights to get the best view.

Find an open area with a wide view of the sky. Make sure you have a chair or blanket so you can look straight up. And give your eyes about 20 to 30 minutes — without looking at your phone or other electronics — to adjust to the darkness so the meteors will be easier to spot.