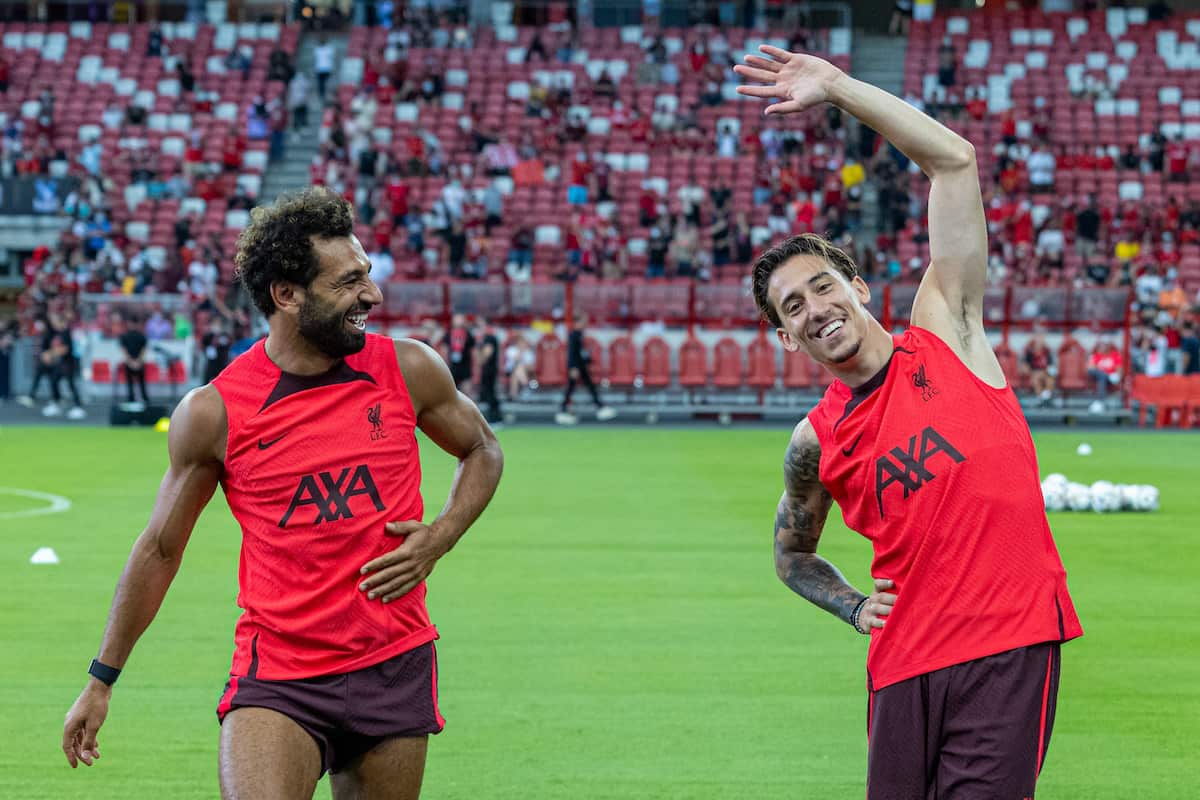 There were 32 Reds handed minutes against Man United but that could be reduced on Friday as Jurgen Klopp looks to get 45 minutes under the belt of some of his senior players.

The second pre-season game comes swiftly after the first, just three days, in fact, and Liverpool may have already picked up two consequences from their summer training.

It ensures the manager is not going to take any unnecessary risks but he still has a 35-strong squad when the Reds meet Crystal Palace on Friday afternoon (1.35pm BST).

It’s another valuable exercise for the Reds in front of their passionate Singapore fans and using some hints from Thursday’s training, here’s how the Reds could take to the field.

There was a mishmash of youth and experience against Man United as Klopp selected three different sides to each play 30 minutes.

On this occasion, we could see more of the senior figures increase their minutes on the pitch up to 45 minutes, with youngsters then coming on for those not ready to take it that far.

Thursday’s training offered a hint, as it did in Bangkok, of what could be in store for Liverpool and they make for strong-looking XIs.

With Alisson unlikely to be risked, it gives Adrian, Harvey Davies and Fabian Mrozek the chance to battle it out for minutes in goal:

This is how the Reds would line up:

Using the other senior group seen in training, we can create another strong Reds lineup but it would see James Milner role at right-back to see Joe Gomez play in his favored centre-back.

Harvey Elliott could reprise his role on the right flank alongside Luis Diaz and Roberto Firmino up top, with Alex Oxlade-Chamberlain featuring from midfield.

While Jota and, likely, Alisson are unavailable, Klopp can utilise the rest of his senior contingent and get minutes in their legs prior to the return to England:

This has Liverpool shaping up as follows:

With six days between the game against Palace and the meeting with Leipzig, it would not be a surprise to see Klopp turn to these experienced XIs in each half.

The likes of Tyler Morton, Isaac Mabaya, Luke Chambers and Sepp van den Berg can then step in when needed as minutes continue to be widely distributed at this stage of pre-season.

And while the result is secondary, let’s hope the Reds can give the fans of Singapore something to celebrate!