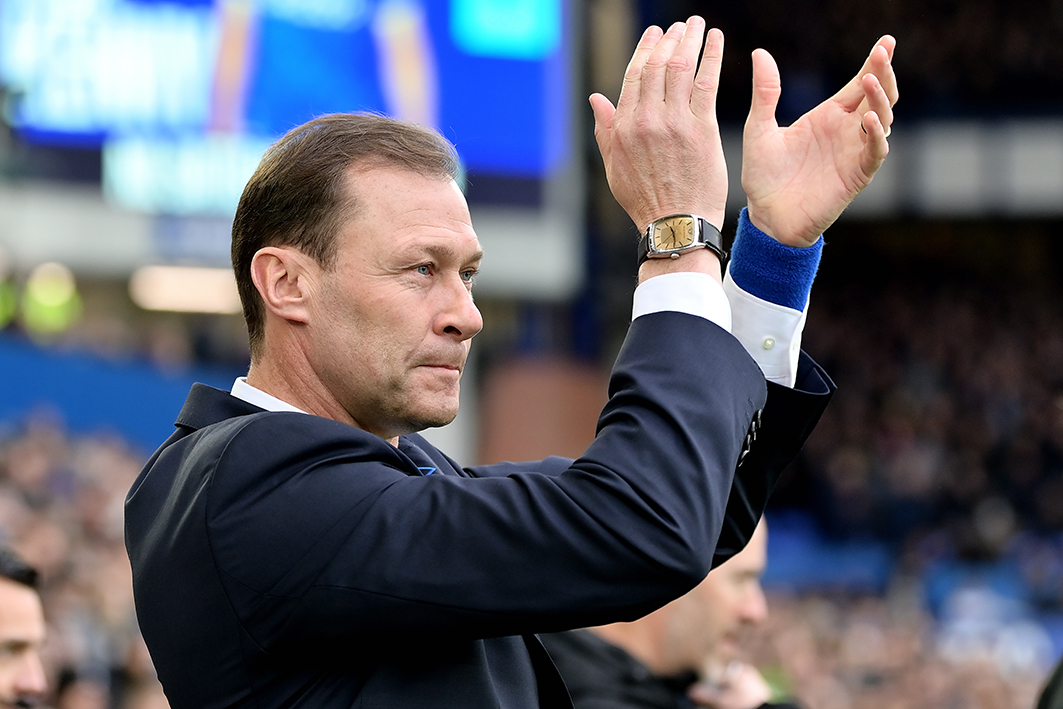 Everton can confirm that Duncan Ferguson has left his role as First-Team Assistant Manager to pursue his managerial ambition.

The Club legend, inducted as an Everton Giant in 2011 after two memorable stints as a player at Goodison Park – in which he captained the side under three different managers – returned to the Blues to coach in the Academy that same year and in 2014, after working as Under-18s Assistant Manager and gaining his UEFA Pro coaching licence, was promoted to a position with the First Team.

The Scot underlined his iconic status with two spells as caretaker manager. The first of those in December 2019 saw Ferguson oversee a victory over Chelsea at a rocking Goodison and go unbeaten in further matches against Manchester United and Arsenal.

He remained an instrumental figure on the backroom teams of subsequent managers and was described by Frank Lampard as “an Everton legend, who… the players respect, the Club respects and the fans respect”.

Ferguson told evertontv: “It’s been a massive decision for me. An incredibly difficult one but I need to move on, to take that next step in my career and look for that new challenge. Being a caretaker manager has given me confidence to step into management.

“The Club has been fantastic with me. They’ve supported me all the way through my journey.

“You’ve got the Chairman who has supported me as a player and as a coach. He’s been amazing with me, so I would like to thank him. And then there’s people like our CEO Denise [Barrett-Baxendale] who has been fantastic.

“It really is a caring club with some proper people in it. They’re massive Evertonians.

“And, of course, there’s the fans. They’ve been incredible to me since I came in ’94. We’ve got a strong bond.

“The relationship we’ve had over the years has been special. They know how much they mean to me. I’ll always love them.”

A formidable striker, Ferguson came to Everton from Rangers in 1994 and rapidly gained hero-status, powering in his first goal in a Merseyside derby victory at Goodison Park.

He won the FA Cup with the Club in 1995, twice delivered match-winning strikes against Manchester United and netted four times in meetings with Liverpool.

Ferguson added: “It was difficult last season but this club is definitely heading in the right direction. It’s a fantastic club.

“The team is in good hands with Frank as manager. He’s been first class and he wanted me to stay on.

“I can’t speak highly enough of Frank. He’s a great man and a great young manager, I’m sure he’ll do very well for Everton.

“There’s also the new stadium on the horizon which is going to be unbelievable for the Club.

“I’ll be there as a supporter. My kids have got Season Tickets and I’ll be looking forward to coming back.”